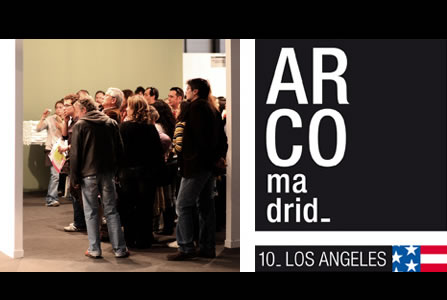 Once again, ARCOmadrid is opening up its own particular “black box” to provide room for renowned international artists using new media in their works. The use of new technologies and digital tools in art creation is no longer viewed as anything strange or exceptional, and in fact a large number of artists have already added it to their everyday practise without further ado.

This new addition of electronics to art is reflected in the eight spaces at EXPANDED BOX, in a programme coordinated by the Italian critic and curator Domenico Quaranta, a specialist in digital and net art.

“The idea that new technologies, new media, new ways of addressing vital questions, as well as how cultures have contextualised these technological changes, is constantly modifying not only the way in which we live, but also the way in which we make art and even the very notion of art itself”, the curator explains. The evolution has been so fast and digital media have irrupted into our lives with such force that they are transforming absolutely all fields of culture.

This means a true revolution in terms of cultural production, with a rise of techniques such as photography, film and animation. “Some artists have embraced new media enthusiastically, while others are being forced to reconsider the way in which they work with conventional media like painting and sculpture; and yet others have done both things” and, as Quaranta says, “art has changed beyond all recognition”.

With over a decade under its belt already, the EXPANDED BOX programme has been instrumental in this process and, in this upcoming edition, it will take another step further in order to showcase an art that is looking beyond the creative world, “an art that is growing on Internet, that is made in research centres and laboratories and that has the potential to change our current accepted idea of art”, the curator tells us. The public will find a programme that “will try to make collectors and art lovers lose their fear of these changes”, while at once demonstrating that “in the information society, works of art have as much to say as always”. 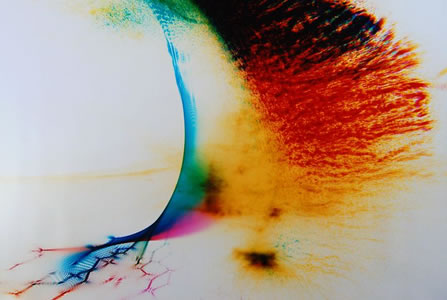 The reconstruction of art

To give us a rounded perspective, Domenico Quaranta has selected eight projects “capable of clearing showing the diverse facets of this Strange diamond we currently know as ‘New Media Art’” or, in any case, those that the curator considered the most interesting “in terms of cultural urgency”, within a field “whose leadership and reputation has seen an exponential growth over recent years”.

This is the case of the Italian collective comprising Eva & Franco Mattes aka 0100101110101101.ORG. In the space of the FABIO PARIS ART GALLERY, they are presenting a complete cycle of their “Synthetic Performances”, in which they reconstruct legendary performances from the history of art through avatars from virtual worlds like Second Life.

Particularly representative of latest trends in this genre is JODI, a duo of artists and one of the hottest names in Net Art since its inception. They will be showing their work in the space of the Berlin gallery GENTILI APRI. At ARCOmadrid this collective from Holland are presenting one of their latest and most subversive works, which revolves around amateur technology and participative media, rewriting folklore in a particular anthropology through the net.

Also from Berlin, the ART CLAIMS IMPULSE gallery is representing the German collective comprising Julius Von Bismarck & Benjamin Maus. The public will have a chance to catch their latest creation, “Perpetual Storytelling Apparatus”, a machine that translates the words from a text into drawings on continuous paper. Like a 21st century “exquisite corpse”, the result reveals a re-contextualization of ideas and fragments, opening the way to a new narrative, creating fascinating stories and intriguing visual metaphors.

Domenico Quaranta’s selection also includes various projects combining new technology with more conventional media or which use these technologies towards classical ends. The latter is the case of the wonderful installation by the Bulgarian artist Mariana Vassileva, presented by the German DNA GALLERY. The artist, concerned with issues cutting across violence, gender, family and social hierarchies, uses the human being in her work as a source of energy and light, exploring themes of human desires like communication, interpersonal relations, personal introspection and solitude.

The Latvian gallery ALMA GALLERY is exhibiting photonic paintings created by the multimedia artist Gints Gabrāns using a laser ray and then registering them on photographic paper. From a profound concern for aesthetics, this artist’s works are a clear instance of how conventional media can be reinterpreted and adapted to new technologies and languages.

On a similar tack, we find the work by the young artist Jakub Nepraš presented by the Portuguese gallery ARTHOBLER. This Czech artist brings three of his video projects together in one single installation. Through the use of assemblage and the layering of individual sequences, the artist creates movement along various axes, generating dynamic and pictorial rhythms in a temporal loop.

The public can also see an evocative work by the UK collective Boredomresearch, comprising Vicky Isley and Paul Smith, who use new media to portray and recreate artificial life. The new series of informatic objects by this duo who work with software art to fuse aesthetics and biology is on view at the space of [DAM] BERLIN.

Finally, the Mexican artist Rafael Lozano-Hemmer is also making a contribution to this summary overview of e-art and new technologies applied to creation. The London gallery HAUNCH OF VENISON is showing one of his latest installations, Reaction Diffusion, which consists of a series of computer-controlled light boxes showing animated images from some of the world’s frontier regions with the greatest migratory traffic and the greatest economic inequality. The social dynamics are, in this case, the object study and reflection for this artist, who uses new media to speak of pressing problems of the moment.

The “black box” at ARCOmadrid_2010 is, as such, “an attempt to rethink more traditional media –photography, video, performance and even painting and sculpture – through the optic of the digital era and to facilitate a mutual dialogue”, and as Domenico Quaranta claims, one of the founding mandates of his selection for EXPANDED BOX. 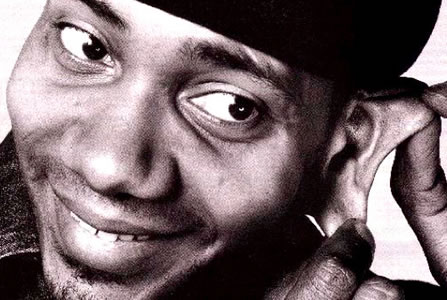 EXPANDING THE FIELD.
Or, 8 good reasons to talk about new media (in an art fair)

Something is happening in the field of art. Postmodernism seems to have been replaced, but nobody is really able to say by what. Art critics such as Nicolas Bourriaud and Carolyn Christov-Bakargiev explained this change looking backwards to Modernism, but Modernism itself is many things, and it’s still not clear if this new modern, or Altermodern, is rooted in a new utopianism, as argued by Christov-Bakargiev, or in creolisation, globalisation and travelling, as
suggested by Bourriaud.

What is clear to both is that new technologies, in the broader meaning of the term, are having a central role in this change. Starting from here, and appropriating Ippolito and Blais’ idea that the change will come from artists operating “at the edge of art” – Expanding the Field will involve artists and researchers that address, with different approaches, various new technologies – from the Internet to videogames and biotechnology – and issues and practices of the digital culture, from media hacking to data mining and surveillance.

Some of them developed groundbreaking tools now used worldwide by artists operating in different fields; others – such as Tale of Tales – dropped out from the traditional art world in order to bring their idea of art to a different, possibly wider audience. Some feel more comfortable in labs than in museums, and most of them are strongly connected to online communities. Along the panel, they will be invited to introduce their work, addressing their relationship with technology
and digital culture, and explaining how the fields they explore are affecting our culture and our concept of art.