Evan Roth: Voices over the Horizon 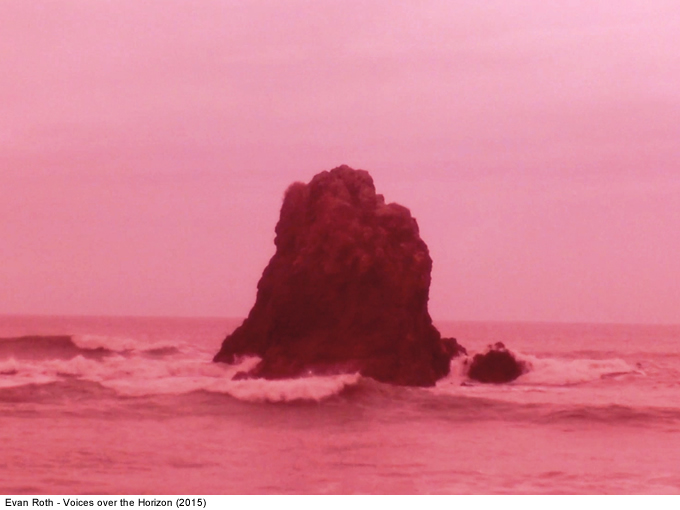 In Voices over the Horizon, Roth presents the findings of his paranormal investigations into the Internet.Using ghost-hunting technologies and rituals, Roth ventures into the Internet’s physical landscape to reconnect with a network changed by monetisation, centralisation and surveillance.

Often described as the search for disembodied human energy, ghost hunting for Roth becomes an apt way to describe our daily interactions with the Internet – a world seemingly invisible yet swarming all around us. 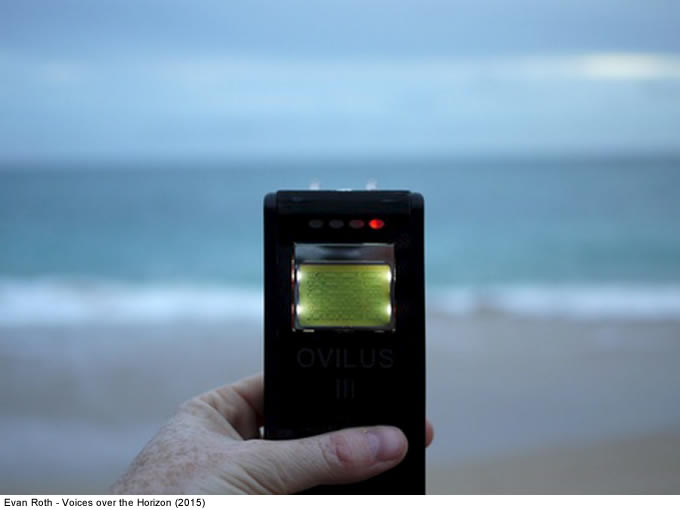 Like his 19th century counterparts whose urgent enquiries into the supernatural were often conducted on sites of assumed paranormal activity, Roth made a recent pilgrimage to Cornwall on the south-westerly tip of the UK, one of the world’s most important telecommunications hubs dating back to the very first trans-Atlantic telegraph cables laid there in 1870.

Today, fibre-optic Internet cabling connecting the United States to Europe ascends from the depths of the Atlantic basin onto the Cornish coast carrying 25% of the world’s Internet traffic. Zigzagging and disappearing through several small beach towns, here the physical Internet meets a picturesque, untamed landscape, long steeped in tales of both communication technologies and the paranormal.

Voices Over the Horizonreveals loss and an unconventional search to seek out optimism and inspiration in an increasingly dark Internet landscape. 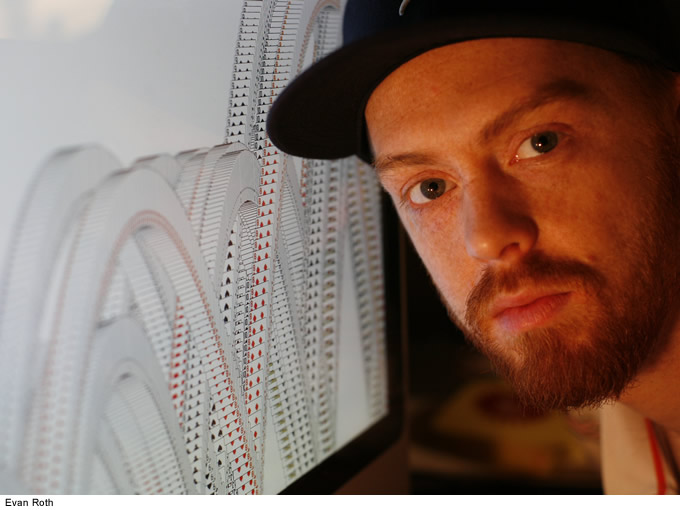 Evan Roth (b. 1978, USA) is an artist whose practice visualises and archives culture through unintended uses of technologies. Creating prints, sculptures, videos and websites, his work explores the relationship between misuse and empowerment and the effect that philosophies from hacker communities can have when applied to digital and non-digital systems.

Roth’s work is in the permanent collection of the Museum of Modern Art, New York and has been exhibited at various institutions, including the Centre Pompidou, the Kunsthalle Wien, Tate and the front page of Youtube. He has received numerous awards, including the Golden Nica from Prix Ars Electronica, Rhizome/The New Museum commissions and the Smithsonian’s Cooper-Hewitt National Design Award.