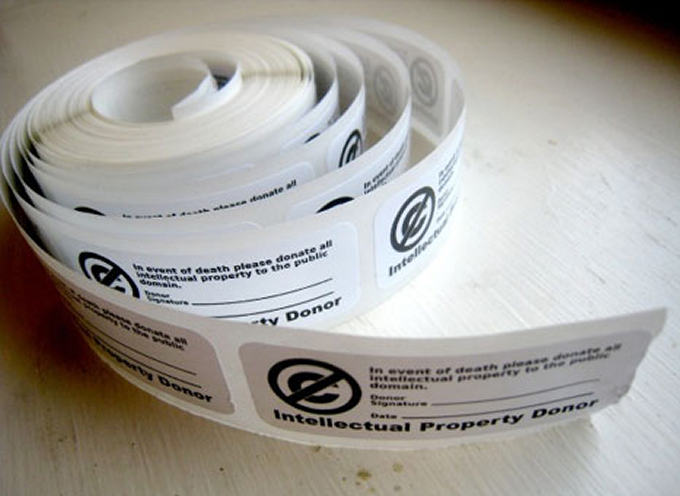 Evan Roth//Intellectual Property Donor, the first major U.S. one-person presentation of the artist’s pioneering, multi-faceted and interactive installations, custom software, prints, sculptures and websites, organized by guest curators Ginger Gregg Duggan and Judith Hoos Fox of c2 curatorsquared, will be on view in Wesleyan University’s Ezra and Cecile Zilkha Gallery from Wednesday, February 5 through Sunday, March 2.  The reception will be preceded by an artist talk by Evan Roth at 4:30pm in CFA Hall, located at 287 Washington Terrace on the Wesleyan campus in Middletown.

Evan Roth’s work occupies the irregular zone at the intersection of free culture with popular culture, where viral media meets art, and graffiti connects with technology. The powerful and surprising images, objects, and experiences in the exhibition Intellectual Property Donor suggest a new way to exist within the current environment shaped by our participation in an increasingly cyber and global world, yet grounded in our need for materiality and personal connections.

Roth consistently intervenes into existing systems to subvert or transform them from the private realm to the public. His interest in graffiti and open source programming fall under the rubric of hacking. He often mentions a “handshake” moment between graffiti writers and hackers, noting the inherent potential to reach wider audiences and spread his way of thinking into general popular culture by referencing the same systems and open source methodologies. Roth inventively takes his artist’s brain and reaches into the disparate worlds of computer programming and street culture, forging a new way to approach each realm. 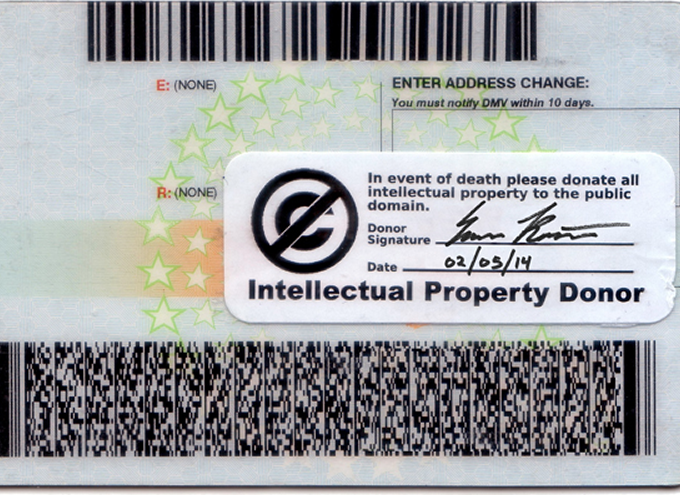 Based in Paris, he received his M.F.A. from the Parsons New School for Design; and co-founded the Graffiti Research Lab in 2005, and the Free Art and Technology Lab, an arts and free culture collective, in 2007. The Evan Roth//Intellectual Property Donor exhibition will feature recent works from 2009 to 2014, including the following:

– Ideas Worth Spreading, an interactive installation that invites visitors to create their own pirate TED talks.

– Intellectual Property Donor, a sticker available for each gallery visitor to adhere to their drivers license, in order to make a donation of their intellectual property to the public domain in the event of their death, to promote the progress of science and useful arts.

– Propulsion Painting, a variety of mixed-media sculptures that perform tasks as a result of the pressure from spray paint.

– Internet Cache Portraits, three printed portraits consisting of all the images viewed on the internet by an individual during the course of a day, or week, or month.

– Internet Cache Silhouettes, two fresh takes on the traditions of portraiture and silhouette-cutting where the sitter is defined by her online interactions rather than facial features.

– Slide To Unlock, a wall-scaled print created by performing an everyday routine task on a multi-touch hand-held computing devices.

– Level Cleared, a series of 1,700 smartphone screen–sized ink prints of the gestures required to beat the 300 levels of the popular game “Angry Birds.”

At Wesleyan University, the exhibition is co-sponsored by the Department of Art and Art History. Following Wesleyan, Evan Roth//Intellectual Property Donor will be on display at the Selby Gallery, Ringling School of Art and Design, Sarasota, Florida; Ulrich Museum of Art, Wichita State University; and the Foosaner Art Museum, Florida Institute of Technology, Melbourne, Florida.