Erkki Kurenniemi is a pioneer of multimedia art, a techno-utopian and enthusiastic scientist, passionate about the changes thanks to cybernetics and A.I., also known as QRZ, he designed those changes himself, according to the cyber-utopian counterculture of the 60s, which extended to diverse fields like robotics, electronic music, experimental cinema, interactive installations.

Simon Reynolds, in his book “Retromania: Pop Culture’s Addiction with Its Own Past” (2011), described him as “a hybrid of Karl-Heinz Stockhausen, Buckminster Fuller, and Steve Jobs”. Back in the 70s, Kurenniemi assessed the impact of new technologies on the evolution of human beings.

He predicted that the encounter between human and machine was “the central drama of our life.” Like Ted Nelson (mainly known as the inventor of the hypertext) and other pioneers such as Hans Moravec or Marvin Minsky, Kurenniemi challenged the impact of new technologies on the evolution of the human being. 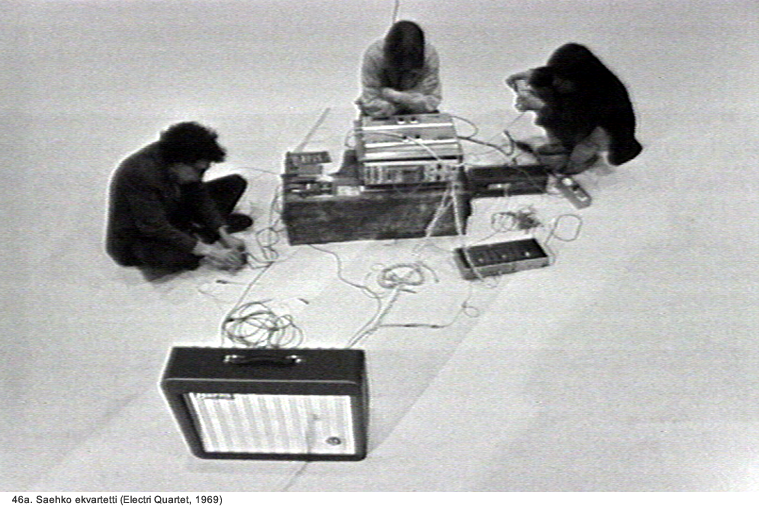 Kurenniemi is an original hybrid of a humanist, a scientist, and a bohemian. He has been a nuclear scientist, industrial robot specialist, experimental filmmaker, inventor of electronic music instruments. He believed that on July 10, 2048, on his 107th birthday, a quantum computer would be able to reactivate his own life.

In order to create a databody of his life he documented it with ephemera that he has collected over the last 40-or-so years, with hundreds of hours on audio cassettes in stream-of-consciousness, recording his encounters with friends and strangers in video diaries, saving the objects of his everyday life (newspapers, receipts, movie tickets, notes, etc.), shooting twenty thousand photographs per year, as well as 8mm and 16mm films.

This archive was intended to be a sum total of his existence that others will be free to use or be inspired by in the future. Memories, logs, and documentations became data to be stored, and to access the database the algorithmic structure of one’s persona would need to be mapped and relocated.

His intention is to make it available and he relies on future quantum computers to make sense of it all. His wild interdisciplinary is a different story from the cybernetic-centered American one.

Almost unknown outside Nordic countries until his exhibition In 2048 at Documenta 13, Kassel, Kurenniemi is now beginning to receiving long-overdue international recognition thanks to the publication of the book “Writing and Unwriting (Media) Art History: Erkki Kurenniemi in 2048”(MIT Press). 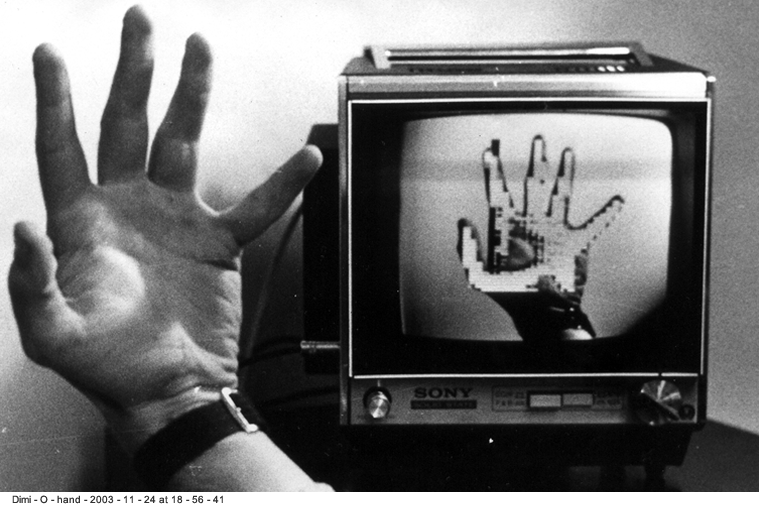 The launch of the book was at the Goethe Institut in London on 15th January with the editors of the book, Joasia Krysa and Jussi Parikka, Mika Taanila (artist and filmmaker) and Matthew Fuller (Director of the Centre for Cultural Studies, Goldsmiths University).

“The book had a long story.” Described Joasia Krysa. “As much of a part of the curatorial team as I was, for Documenta 13, I was very interested in the work of Erkki Kurenniemi. I repeatedly traveled to Helsinki to do research in his archives, found in the Finnish National Gallery, and during the research phase, Perttu Rasta (responsible for the archives) and Mika Taanila became my essential references.”

“Once the exhibition, in 2048, had finished, which was organized for Documenta, the idea materialized of curating a book. I asked Jussi Parikka to work on it, and together we selected some of Kurenniemi’s writings that had never been translated into English, with some of the best writing on him written over the years, with new essays by prominent scholars like Erkki Huhtamo, Susanna Paasonen, Eivind Røssaak, Morten Søndergaard, and many more. Although the book is divided in paragraphs, we tried to restore the “totality” of Kurenniemi since the various aspects of his work were always correlated with one another: the science, the interactivity, the archives and the music.”

Mika Taanila, director of The Future Is Not What It Used to Be, documentary about Erkki Kurenniemi’s life and work, added “I knew Kurenniemi in 2000 when I was working on a film about a group of people who made their own musical instruments, DIY artists. I knew he designed and build instruments at his time, but not much more about his scientific background. It turns out to be a new universe, not known in Finland as well.”

“After the first visit to his home I decide to make a movie about him. The Future is Not What It Used to Be is not a biopic. It is my reading on his work, absolutely subjective; any other director could realize in a whole other way. He was available right away, he left me a white page and never wanted to see fractions of the film during the two years or production.”

“The encounters with him became fundamental because they allowed me to get to know an extraordinary person, with a strange sense of humor, someone very hard to describe due to his uniqueness, and different from Aki Kaurismaki, to give an example of an internationally known Finish author.

“In my film, I wanted to present his 14 unfinished films and other unfinished projects of his not only to give these works their overdue acknowledgements, but also because incompletelessness was not a negative idea for him, but is a part of his work method in which the enthusiasm outgrows itself and the research phase is more important than the final realization.”

“Furthermore, it is opportune to remember,” underlines Matthew Fuller, “the unique capability of Kurenniemi to work on his technological experiment both in its esthetic appearance and its dialogue. The DIMI (Digital Music Instrument) that he designed suggested a symbiosis between their technological devices that in the 1970s were solely thought of as avant-garde. Kurenniemi focused on the symbiosis of man and machine before it could become an everyday thought, like today’s Periscope and other social media.”

“This book is about media arts, the culture of sound engineering, interfaces and archival fever in creative practice all read through Kurenniemi works” adds Jussi Parikka. “His archive is together a theme, practice and a material context for much of his activity, through it he anticipates the contemporary theoretical attention on the issue of digital art conservation.”