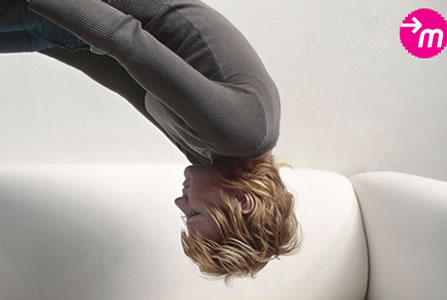 The motto of the 2008 European Media Art Festival , running from 23 rd to 27 th April 2008, is IDENTITY , reflected in film programmes, lectures and specials. Positioning by the media and artistic self-definitions will be pursued; individual, social and global identities in a rapidly changing world will be explored and queried according to subjective and scientific localisations.

The EMAF is one of the most influential forums of international Media Art. As a meeting point for artists, curators, lenders, gallery owners and an audience of specialists, the festival has had a great impact on the topic and aesthetics of Media Art. Each year the festival offers its visitors a current overview of experimental films, installations, performances, digital formats and hybrid forms, ranging from personal and political subjects or formal experiments to provocative statements.

Around 2200 contributions are currently being viewed by the EMAF team. These were sent from Germany, the USA , Brazil , South Korea , New Zealand , Lithuania , Romania and Iran , in other words, from all five continents. Submissions were received from a total of around 50 countries.

The programme is made by these areas of the festival: cinema/exhibition/expanded media/ live cinema/international student forum/ congress.

Members of the viewing commission are: Katja Albers, free curator, Dresden Stefanie Gaus, film-maker, Berlin Hermann Noering, EMAF, Osnabrueck Alfred Rotert, EMAF, Osnabrueck Christine Rueffert, University of Bremen Ralf Sausmikat, EMAF, Osnabrueck It is anticipated that around 350 new installations, films and videos will be presented at the festival, giving viewers an extensive insight into the tendencies of current Media Art, which addresses both the experimental film market and the art market.

This year, EMAF returns with parts of the film programme to a location that is rich in tradition for it  festival films were screened at the Hasetorkino in the first ever EMAF, back in 1988. In addition to the established EMAF programmes “Media Art for Beginners” and the MC programme “Clip-Klapp-BuMM”, brand-new motion pictures and art-house films have been selected, exploring the emotions of modern-day adolescents.

As second location, the Zimmertheater will be played for the first time. We envisage this location as a cross between a lounge and a living-room: a place where you can watch films and videos ranging from White to Black Cube in a relaxed atmosphere. This programme’s motto is “Displaced identity”.

The Lagerhalle is also the central point of this year’s international selection for the EMAF film programme. They are primarily short films, classified into programmes according to their subject. This year, however, many of the shorts are longer than usual, i.e. they exceed the usual length of 10 minutes and are now between 20 and almost 40 minutes long. This fact also has to do with the subjects they explore  they are critical, self-aware films on the environment, society, film and family history, located in the crossover between documentary and feature film. There is also a return to the different qualities of film material (super 8, 16mm, found footage, black/white), which is also expressed by the fact that there are numerous perfect cinematic montages and fewer computer-generated works.

The exhibition addresses “Young Identities”, demonstrating attitudes towards and images of adolescent realities from a variety of continents and cultures. International media artists deal with youth cultures and their communities, which are sometimes at home in very small structures but also in global networks. Regardless of whether they are online communities or ‘real’ social networks: the large number of youth scenes is virtually impossible to take in. They are defined by music, fashion, rituals, stars, symbols and markings that simultaneously serve self-identification and demarcation purposes. The search for orientation and for the community’s identity is often paramount in an environment of increasing economic, family-related and social insecurity. How do youths find and fill niches in public domains, under the pressure of commerce and consumption or in precarious living conditions? What hopes and visions do they develop? The exhibition pursues these issues with the artistic means of Media Art. 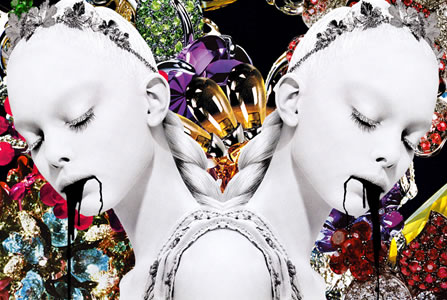 The Congress takes up the topic of IDENTITY and reflects it in its series of talks. Ricardo Mbarkho, employee at the Académie Libanaise des Beaux-Arts in Beirut , will talk about the Media Art scene in Lebanon, where artists reflect the identity crisis in the context of their socio-political and geographic environment. The Dutch Sophie Ernst, who lectures at the Academy of Art in Lahore/Pakistan, will give a talk on the Pakistani art and academy scene. Digital Identity – forms and consequences of the increasing collection of private data and their commercial use are the topics covered by Ralf Bendrath. Another topic is explored by Prof. Birgit Richard. She will lecture on youth identities in web 2.0 and will show creative works by adolescents – YouTube Favorites on the one hand, and stage-settings by game fans on the other.

This year’s retrospective, introduced by the expert Brigitte Burger-Utzer, is of the Austrian avant-garde film-maker Kurt Kren, who experimented with 8mm und 16mm as early as in the 1950s.

This year’s International Student Forum presents its own exhibition again and film/video programmes containing students’ works. The University Day also gives students the opportunity to obtain a wide range of information, with film productions from higher education institutions, and on degree programmes from home and abroad. The Muthesius Kunsthochschule in Kiel , the Sint Lucas in Ghent and the Hochschule für Gestaltung in Offenbach have the opportunity to present themselves in detail at this year’s festival. The University Day also acts as a contact and exchange point for new projects and tendencies from media universities, academies of art and design colleges.

Three awards will be presented at this year’s festival: the “EMAF Award” for a trend-setting work in Media Art, the “Dialogpreis” of the German Ministry of Foreign Affairs for the promotion of intercultural exchange and the “Preis der deutschen Filmkritik” for the best German experimental film.

In 2007, the EMAF tour programme was shown in numerous cities in Europe, such as Vienna and Athens , as well as in Mexico and the Dominican Republic .