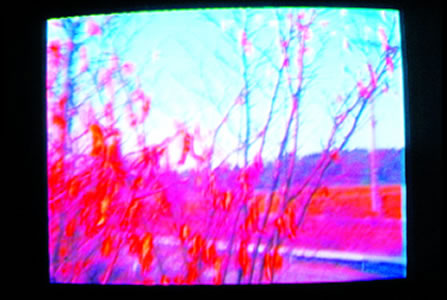 The European Media Art Festival (EMAF) is one of the most important current media art forums world-wide: from 10 to 14 May 2006 the Osnabrck Festival will offer a comprehensive overview spanning the whole range of this young genre of art.

Under the motto “Smart Art” the EMAF will present current works that question social conventions, take familiar things out of their context and subtly track down the absurdities of individual and social everyday life. The approaches range from popular subjects to provocative statements that go down new paths of artistic debate in film, installation and expanded media, making playful and intelligent use of various media.

In the exhibition at the Kunsthalle Dominikanerkirche the EMAF will be showing around 20 current installations and cinematic objects. Alongside international artists, some of today’s most popular German video artists will develop new positions of contemporary media art here.

In 31 programmes containing around 210 works from around the world, the EMAF once again presents a current selection of international short films and videos. While the programmes “Ost-West Diwan” and”Weltwunder” invite us on a cinematic journey, the contributions in”Home of the Brave” tell of the power of media images in times of war. In “Mocumentaries and Doppelgngers” extra-terrestrials abduct Marilyn Monroe and JFK and liberate a sex-obsessed Britney Spears from her desires.

Current affairs are the focus of “The Surreal or The Day the Bird Flu Arrived”. With “ClipKlappBumm” the EMAF presents the latest music videos off the beaten track of MTV and Viva. The retrospective is dedicated to an American avant-garde film-maker and co-founder of Canyon Cinema Institute, Bruce Baillie, containing 16 films spanning the period from 1961 to 1998. The EMAF also presents the latest tendencies of narrative film, e.g. with Steven Sanguedolce’s “Dead Time”, Michael Busch’s “Sieben Himmel” and the European premiere of the new Kei Chichiri film “Hottentot Apron Sketch”. The programme also includes “Drawing Restraint 9”, the first joint work of Matthew Barney and Bjrk, as well as “John und Jane”, the new film by the Indian director Ashim Ahluwalia about six call centre agents in Bombay.

At the Haus der Jugend international experts will discuss the history and future of media art under the title “From Paik to the iPod”. Guests include Prof. Dr. Wulf Herzogenrath, initiator of the exhibition “40 Years of Video Art”, who will highlight the historical aspects of video art, and Prof. Zhang Ga from the New York Institute for Technology, who in his presentation “On media art in China” will describe the development of media art in the Far East. Other speakers and their subjects are: Frank Hartmann (Vienna): “Global Media Culture – Guided tours of the media modern age”, Armin Medosch (London): “Creative resistance, artistic strategies in the age of long-term political crisis” Karin Wehn (Leipzig): “Best of web animations” Philine von Guretzky (London) and Marjan van Mourik (Rotterdam):”Tank.tv and CultureTV” Ingo Linde (Leipzig): “Machinima: Puppet theatre in a killing game ” Christian Hieber (Stuttgart): ” Media Revolution through the iPod and podcasting?” Melanie Manchot and Johannes M. Hedinger, whose works entitled”Security” and “Mocmoc” will be on display at the festival’s exhibition, will talk about their artistic oeuvres.

Directly after the festival, the media art conference entitled”Downdate #1″ will take place in collaboration with the University of Osnabrck from 15-17 May. Among others, Peter Weibel and Marie-Luise Angerer will be speakers at the conference.

Every year students from international institutions of higher education have the opportunity to present their works within a professional framework. The International Student Forum is organised independently by students, and has its own exhibition and film programme. This year’s “StuFos” co-operation partner is the Merz-Akademie Stuttgart. They also kick off the University Day
(Thursday, 11 May 2006), when international institutions of higher education from the fields of film and media present their current degree programmes and projects. The following will also be presented: the FH Bielefeld, the Estonian Academy of Arts from Tallin, the Universitt der Knste Berlin, the Ravensbourne College of Design and Communication, London as well as the Hochschule fr Film und Fernsehen Potsdam-Babelsberg.

“J’adore” is the title of Pascal Livre and Benny Nemerofsky Ramsay’s latest performance, in which they combine pop and politics in their inimitable provocative manner. This time it’s the turn of the infamous US-American Patriot Act, which they sing to Celine Dion’s “Titanic” song. Dziga Vertov’s “Der Mann mit der Kamera” is one of the most exciting documentary experimental films in the history of cinema. Filmed using a revolutionary montage technique, he describes the story of a Russian day in Moscow, Kiev and Odessa in the year of 1928. Following the rhythm of Vertov’s images, the composer Werner Cee has added a new soundtrack to the film, comprising street noises, Russian folk songs and recordings of the saxophonist Peter Brtzmann and the virtuoso voice of Phil Minton, which he accompanies live on a seven-stringed Chinese e-ch’in.

In the exhibition the German-British artist’s group ARTISTS ANONYMOUS will present their performance “Nervous Breakdown”, an astute commentary on their life and on Berlin, the metropolis in which they work. In so doing, they combine painting, video art, photography and performance by using their own bodies and surroundings as their environment.

“…and the winner is”, is the closing statement at the EMAF on Sunday at around 8 p.m., when the German Film Critique Award for the best German film and video, the  2,500 EMAF Award for pioneering work in media art and the  2,000 Foreign Ministry Award for a work promoting”Intercultural Dialogue” will be presented. Those who want to make sure that they’ve not missed anything important can let the five days of media art come to an end with the festival selection, the traditional final film programme, “Best of EMAF”.