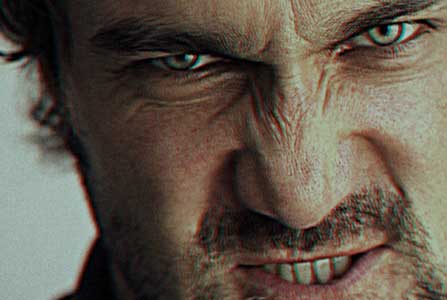 20 Years of the European Media Art Festival – the forum for Expanded Media in Europe. The meeting point for audiences and guests from home and abroad. Around 250 new works of media art, including world premieres, will be presented. The festival shows film as a contemporary work of art in cinemas and exhibitions, both performed and using multimedia.

The exhibition “Final Cut” directs our view to the relationship between media art and cinema. From 25 April to 20 May an artistic look at the dream machine “cinema” will be given at the Kunsthalle
Dominikanerkirche. International artists will demonstrate theirfascination with cinema, but will also question the values, codes and patterns behind the films. Works will be presented by artists such as PAUL MCCARTHY, ALEX MCQUILKIN, MISCHA KUBALL, KLAUS VOM BRUCH, CANDICE BREITZ, MARK LEWIS, CHRISTOPH GIRARDET, BJØRN MELHUS, PETER TSCHERKASSKY, CHRISTOPH DRAEGER, CLEMENS VON WEDEMEYER and PIERRE HUYGHE.. There will also be plenty of opportunity to participate in talks with the artists and attend lectures on the subject. The exhibition is funded by the Federal Cultural Foundation

A review of media art will be given by our special guests, the director of the ZKM, Peter Weibel, Lynn Hershman, Birgit Hein of the Hochschule für Bildende Künste Braunschweig and Malcolm LeGrice, who will be showing their personal selection of films.

Around 180 current experimental shorts, feature-length films and videos have been selected from a total of roughly 2000 works submitted from around the world. They range from narrative approaches to documentary/analytical views of war events and environmental problems. Visually walking the borderline between real and virtual areas of communication is also selected as a central theme. We are focussing this year on the countries of Mexico and Cuba.

Three awards will be presented at the festival: the “EMAF Award” for a trend-setting work in media art, the “Dialogpreis” of the German Ministry of Foreign Affairs for the promotion of intercultural exchange and the “Preis der deutschen Filmkritik” for the best German experimental film.

The new edition of SHOOT SHOOT SHOOT curated by Mark Webber (LUX London) provides an insight into Expanded Cinema from the 1960s and 70s. Two historic works will be screened live.

The performance LATITUDE presents a new work by the English group D-Fuse, known for their international DJ/VJ acts. Another highlight will be the YouTube Party by and with the artist Bjørn Melhus.

Besides taking stock and giving an outlook, the current determination of the position of media art is also the focus of lectures and panel discussions. How has digitisation changed artistic production? Which interrelationships exist between artistic and commercial media production? How have these interrelationships affected aesthetics, form and content? INTERNATIONAL STUDENT FORUM The contact and exchange point for projects and offerings in higher education: the Hochschule für Gestaltung from Karlsruhe, the Dutch Minerva Academy from Groningen, the Hochschule für bildende Künste Braunschweig and the Hochschule der Künste Bern.