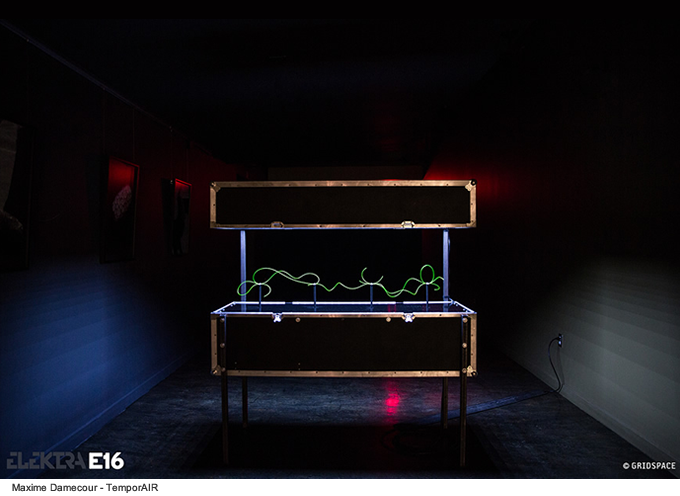 ELEKTRA presents Québec Digitale Roma, from October 9 to December 6, 2015, in Rome. This showcase of Quebec digital artists will be presented as part of the Digitalife Luminaria exhibition during the Romaeuropa festival.

With more than two months of exhibitions at La Pelanda – Macro Testaccio in Rome, including an opening weekend featuring performances and the International Marketplace for Digital Art (IMDA), ELEKTRA continues in its role as international ambassador and exporter of Quebec talent by presenting a series of European premieres.

A bit of Quebec in the heart of Rome Romaeuropa audiences will have a chance to discover the latest collaboration between Louis-Philippe Demers and Bill Vorn: Inferno. This robotic project is inspired by the representation of the different levels of hell as they are described in Dante’s Inferno or Haw Par Villa’s Ten Courts of Hell and other religious representations. What makes this participative performance unique is that spectators wear exoskeletons on their body: a choreography follows (unexpected and involuntary!) programmed and controlled by a computer, making the audience an active part of the performance.

The performance version of the work will be presented the first weekend, followed by an installation version during the rest of the exhibition. 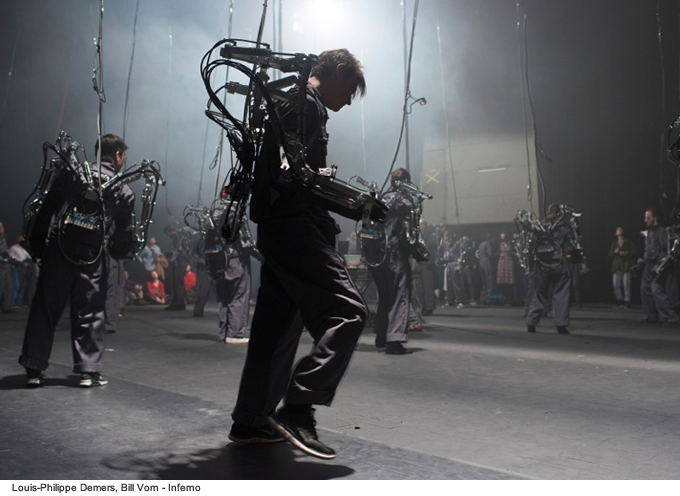 Louis-Philippe Demers also presents Blind Robot, an installation in which visitors are invited to take position in front of the blind robot and start a non-verbal dialogue. The robot gently explores the body and specifically the face of visitors, similar to how the blind identify a person or an object.

Audiences should not miss Myriam Bleau Montreal composer, multimedia artist and musician, as she presents the audiovisual performance Soft Revolvers, which ELEKTRA audiences had the opportunity to experience during the 16th edition of the festival in May 2015. Four luminous tops created for the piece control the sounds of an electronic music composition and become musical instruments, pushing back the limits of performance and digital art.

The creative work of Maxime Damecour often has at its source the possibilities created by using objects in unexpected ways. With TemporAIR, the artist offers an interface that brings to life a range of elastic materials to create film-like effects in real time. The result is sculptures in movement, creating a clear contrast with reality.

Also on the program is Nicolas Bernier’s frequencies (light quanta), which is based on the quantum – the smallest unit of measure for energy. The Montreal artist explores the conceptual relationships between the basic principles of quantum physics and audioluminescent art. The signs, lines and points engraved on panels come to life under the effect of the light, creating new visual compositions through a play of reflections. 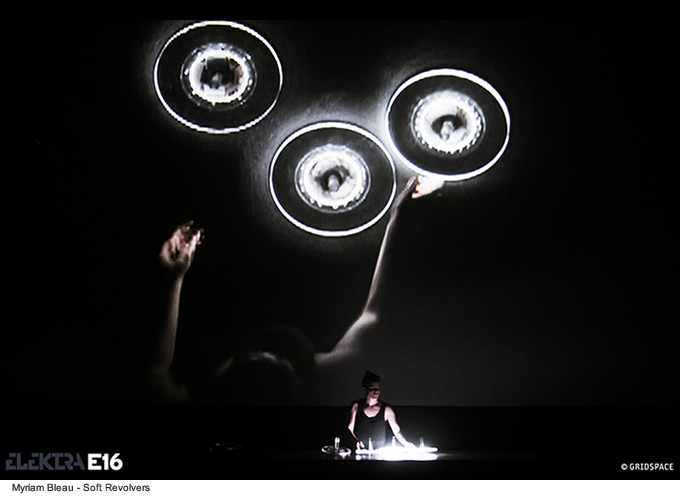 Samuel St-Aubin presents De choses et d’autres, a series of kinetic sculptures showcasing the playful aspect of day-to-day objects, exhibited during the second edition of the International Digital Arts Biennial (IDAB) in Montreal in 2014. The object/materials selected are put through a series of exercises in balance, strength and chance that reveal a poetic side of the things around us that we rarely notice.

With his new installation BOÎTE NOIRE, Martin Messier puts a beam of light, projected into a large transparent prism, into sound and movement. Trying to define the edges of this elusive element, he materializes the extension of its shapes and decomposes its frequencies. These phantom signals contain traces of past events, and spectators are invited to piece the story together. 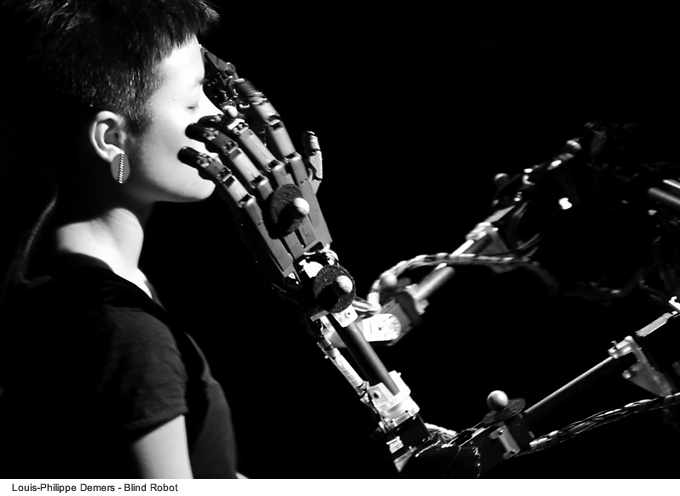 Finally, the interactive video installation Tourmente from Jean Dubois will allow spectators to shape a series of portraits displayed on a public screen by blowing on the mic and their own cell phone. Depending on how hard they blow, the face displayed could be caressed by a light breeze or hit by a violent gust.