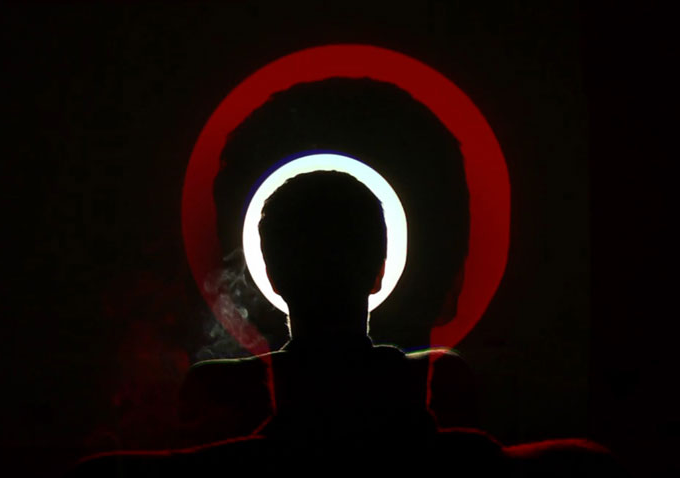 In his work, which includes videos, video installations, texts and drawings, British artist Ed Atkins (born 1982, lives and works in London) explores the virtuality of our contemporary visual world and its profound effect on the reality of our embodied lives. His High-Definition videos and powerful soundtracks question their own technical accomplishments, promises and ideologies.

Atkins begins, often with the idea of his chosen media’s paradoxical capacity to realistically reproduce our material world in decidedly dematerialized ways. Alongside the last four videos Atkins has produced, and a selection of collages and writings – he will premiere a new large-scale installation for this presentation, which is his first institutional solo show in Switzerland.

The latest digital imaging technologies provide something of a starting point for Atkins’ work. The High-Definition (HD) format of the videos and their soundtracks present a succession of incredibly precise images to the viewer, all unintentional imperfections eradicated, along with any semblance of real anima. This unilateral focus on technical representational perfection is contrasted starkly with the invisible, incorporeal absence digital formats, which can no  longer be perceived tangibly. The disembodiment of the medium – the stripping of its physicality, the work’s indexicality – is partnered with a process of “living” reality becoming “dead” digital code.

This deferral, this flattening, spiriting away of a somatics of media and its consequences is physically avenged in Atkins’ works, attempting to reconcile this discrepancy formally and thematically, through metaphoric extensions of terminologies and techniques. As a point of departure, much of the works take some figuration of a cadaver and its encumbents – disease, sensuousness, death – as their protagonist or avatar. Ultimately, much of the work’s content and presentation is in the employ of affectivity, of just how visceral an experience might be had with the work. Atkins’s digital compositions are characterized by  rich, saturated colors, high-precision editing rhythms, languorous fades, tight shifts in focus, and the montage of a wealth of material, much of which could be characterized as having the quality of stock.

The multi-faceted interrelations between text and image play an important role in Ed Atkins’s work. The artist’s interest in implicit and explicit visual and physical word games is widely evidenced in his works: in the course of his search for a grammar of visual representation that desires a sufficient representation of a real body, but which cannot avoid repeatedly failing, obscuring it. It’s at this limit, on the brink of semantic and syntactical collapse, that he writes.

Us Dead Talk Love (2012) is Atkins’ first multiple projection and surround sound video work. It also marks the beginning of his use of computer-generated figures within an almost exclusively computer generated and sourced scenario. The work consists of two free-standing screens, which are placed apart from each other at a slight angle so that the projection which overshoots the screen is visible to the viewer. Atkins calibrates the projector’s light in such a way that it does not fall exactly within the width of the screen but extends beyond its edges into the exhibition space and thus generates a certain spatial ambience. The work begins with the tragic-comic, po-faced love song “Johanna” from Tim  Burton’s 2007 film adaptation of Stephen Sondheim’s musical Sweeney Todd (1979) – which might be understood as a cipher for the work entire: karaoke’d voices through shaven headed, decapitated heads trying so hard to speak of love, to conjure an intimacy through a possible memory and a materially arresting moment of discovering an eyelash beneath their foreskin; love is summoned, always-already a specter in the process of its recollection and its telling.

Cliché is never far away, artifice understood as essential to the possibility of righteously failing experience in the process of its attempted representation. The floating, emoting heads twitch and quiver with both the failure of hardware and emotional melodrama – often at the same time. The video, like much of the other work in the exhibition, affects typically authenticating gestures to a point of ludicrous excess: scratched film,  lens flares and blurs, skips and flashes are all faked: vestigial aspects of an analogue, material past of the medium, now rendered meticulously in After Effects, Premiere and Maya. 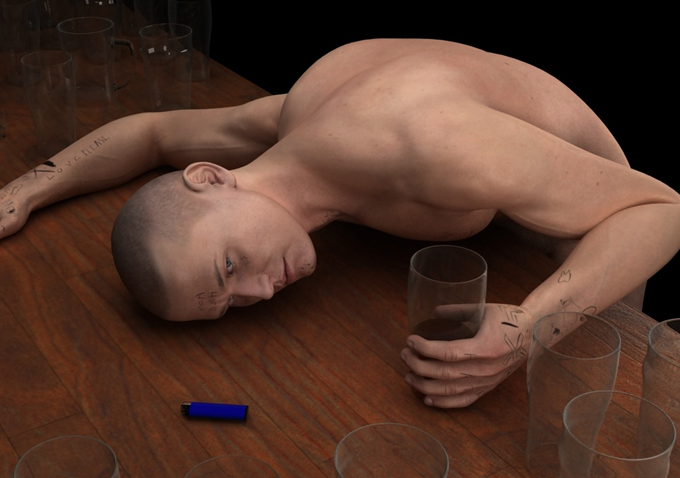 Ed Atkins created the large-scale installative work entitled Ribbons (2014) for the top floor  of the Kunsthalle Zürich. The triple projection, which extends across three exhibition spaces, is contained by  a soundtrack that encompasses the entire spatial scope of the presentation and allows the individual projections to fuse into one, jagged work. As  is the case in Atkins’ earlier works, this multiple projection is sustained by the artist’s peculiar, fractured narrative pacing which subjects computer-generated footage and stock footage, templates and familiar blockbusting tropes, to a ruthless, libidinous editing rhythm. The work mixes elements from cinema, music and literature – and alongside conspicuously generic referents, there are works that in the process of research and making, informed the work in more or less oblique ways.

The films Husbands (1970) by  John Cassavetes and Robert Bresson’s Le diable probablement (1977) for their wayward, histrionic performances; Catherine Malabou’s reflections on metamorphoses of being, Marguerite Duras’ alcoholic transfiguration and “destructive plasticity” in her Ontologie de l’accident (2009); the textual interlocution and spiritual possession of The Changing Light at Sandover (1976) by  James Merrill, with its Ouija literature. Atkins borrows the invocation of the supernatural with the digital, obsession and performance from this epic. Text functions similarly interjectionally in Ribbons, chorusing, amplifying, dismissing or advertising the feelings and thoughts of the protagonists, who lurk in a limbo-like set beneath a table, behind walls or off-screen – they are drunks, rejected, toys, lacking agency, effect; they are trolls: those monstrous excluded of internet society whose anonymous recourse is notoriously to abuse of named and figured people online; those whose purpose is irritation, upset. One way in which Atkins might be positing these figures is as symptomatic of a late-capitalist situation where political agency has been so  successfully diminished, where social media demands our  coherent and acceptable presentation according to the prevailing, prohibitive models – and where deferred responsibility and consequence might be conflated with increasingly dematerialized labor and relationships.

Like the other works in the exhibition, Ribbons is often singularly determined to make contact, to have some kind of effect – often at the expense of typical sense-making content. The desire is connection at any cost; a kind of recklessness and incoherence comparable to the spouting of comment trolls. In this contact, the moral imperative is a luxury; a cycle and a site of abuse, love, hate, tenderness and violence are both symptomatic – a kind of bipolarity – and conditioning of the terms of engagement. Technologically speaking, the work pushes further into a computer- generated situation of horrendous accuracy and physical fantasy. 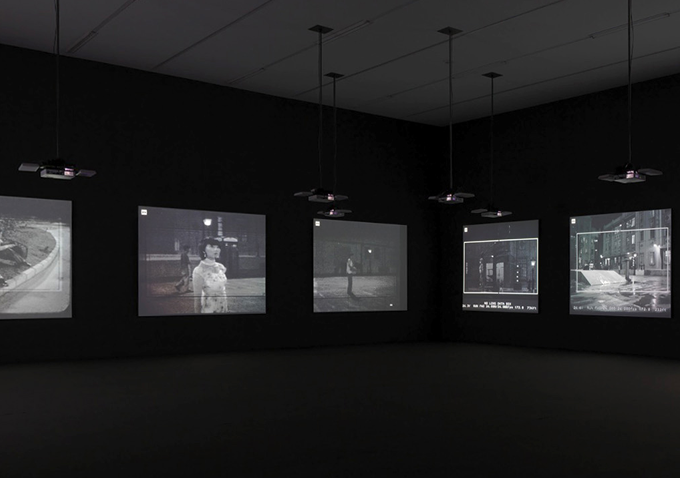 Working in collaboration with a CG animator, and employing software whose exclusive purpose is the accurate recreation of fundamental physical process (FumeFX for smoke; RealFlow for liquids) Ribbons is an even more fully-realized attempt at the barricades of empirical authenticity. Returning to the motif of karaoke, Ribbons features a series of songs, each more melancholic, indulgent than the last, performed by the avatar trolls in various stages of drunken resignation, surrounded by the detritus of their downfall. Ribbons unspools and tightens in a multitude of modes and manners. Identity, society, alcohol, psychosis and obsession loop indefinitely in a performance of complete affection.