E.A.T. Experiments in Art and Technology 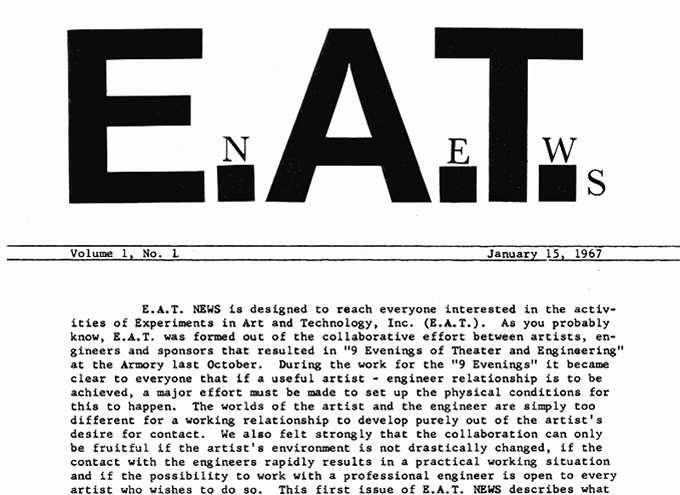 The Museum der Moderne Salzburg mounts the first comprehensive retrospective of the activities of Experiments in Art and Technology (E.A.T.), a unique association of engineers and artists who made history in the 1960s and 1970s.

Artists like Robert Rauschenberg (1925–2008) and Robert Whitman (b. 1935) teamed up with Billy Klüver (1927–2004), a visionary engineer at Bell Telephone Laboratories, and his colleague Fred Waldhauer (1927–1993) to launch a groundbreaking initiative that would realize works of art in unprecedented collaborative ventures.

In light of the rapid technological developments of the period, the group aimed to put an art into practice that would employ cutting-edge technology. Starting in the early 1960s, Klüver worked with artists including Jean Tinguely, Andy Warhol, Jasper Johns and Yvonne Rainer. Like some artists of his time, he was interested in the social implications of novel technologies and believed that the marriage of art and science had to take place on a practical and physical level. The meeting between artists and engineers, the members of E.A.T. hoped, would produce works that would not have been possible without the special expertise of trained technologists. The art would conversely also inspire the engineers to think in new directions and help shape the future evolution of technology. 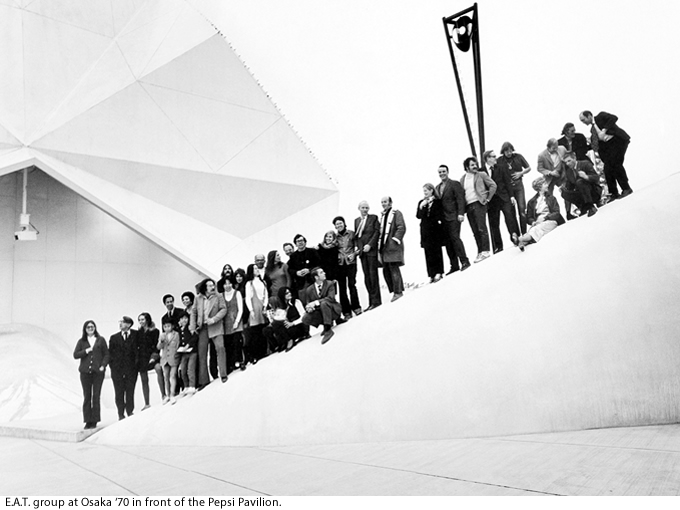 An extensive survey of E.A.T.’s output has long been overdue; in addition to numerous works of art, the chronologically structured exhibition also presents a wealth of previously unpublished archival materials. After smaller shows that have highlighted well-known key events in the history of E.A.T., it offers the first indepth consideration of the full spectrum of the group’s activities and the multitude and broad variety of E.A.T.’s projects.

Projects by Artists and Bell-Labs-Engineers