Drone Selfies (in times of peace) 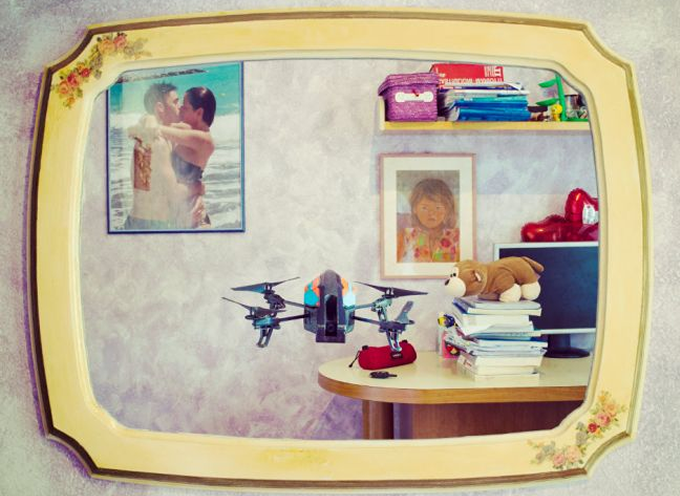 IOCOSE art group is proud to present Drone Selfies, the second chapter of In Times of Peace concept. The artwork, that consist in a photographic series of drones taking selfies of themselves, will be exhibited at “030_2.0 arte da Brescia”, curated by Dario Bonetta and Fabio Paris.

With Drone Selfies, IOCOSE imagines an alternative present where war is over, and drones – once surveillance devices par excellence – are deprived of their main reason to be and point their built-in cameras to mirrors in an act of vanity. In Times of Peace intends to explore the life of a drone after war and terror.

What would a drone do if war and terror were over? Magazines such as Wired, or websites such as diydrones.com, would probably argue that drones can be used in everyday contexts. Drones can be used to check the roof of a house or to deliver Amazon orders. However, this is still a very instrumental perspective on drones, one where drones are used for a specific purpose. Instead, IOCOSE intends to ask a different question: what is the life of a drone in times of peace? What is the creative potential of a drone, a part from the things we could do with it? Indeed, drones do not have such a thing as a ‘life’. But what if? 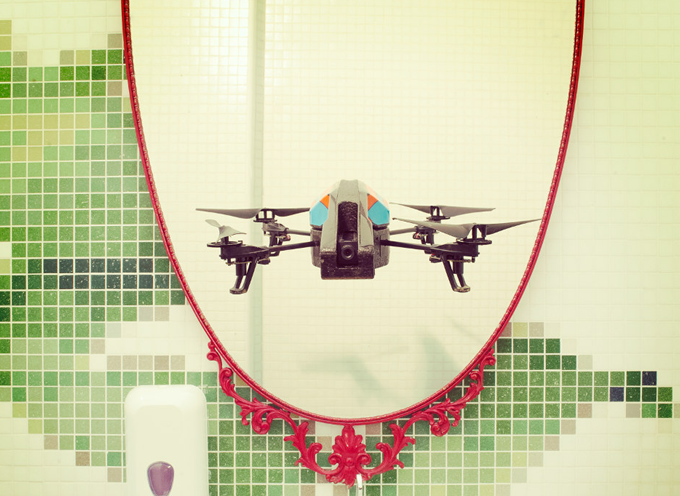 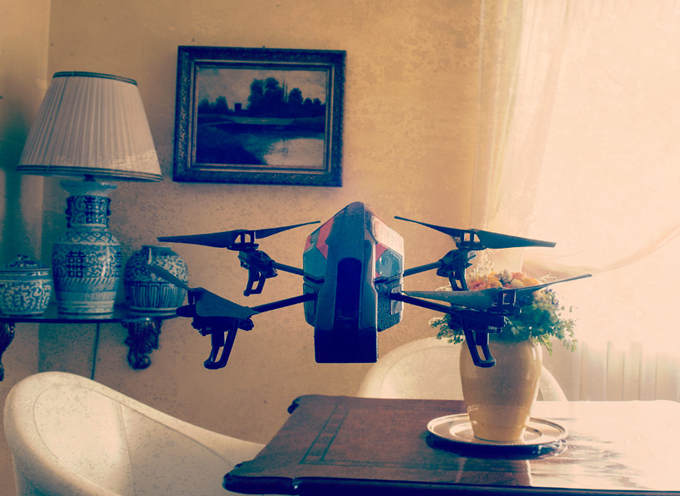 This is indeed a difficult question to answer, as we have no clue on how we would live in times of peace ourselves, and how those times could possibly look like.