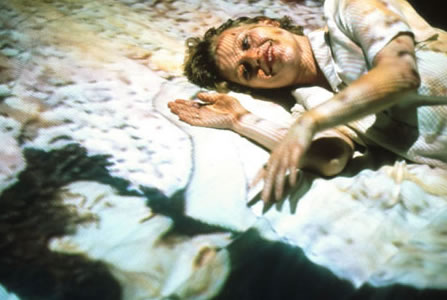 This international symposium brings together some of the world’s leading media artists, theorists and researchers to explore real-time interaction in electronic media. Over the last few years network theories have started to shape our thinking about social and cultural issues. This event seeks out artistic strategies and art forms that engage with these ideas.

11:30 Andrea Zapp: For We are Where We are not: Mixed-Reality Narratives and Installations

Andrea Zapp’s practice focuses on room installations in the gallery that are linked to a digital network, mostly through components of surveillance technology. At present she also concentrates on model and miniature aesthetics as a format of expression and narrative architecture; small or shifting scales become another motif to discuss virtual and personal spaces of memory and identity.

Focussing on examples of contemporary artists’ work, this presentation will observe a notion of performativity in context of cross-platform artistic and curatorial practice. Providing examples of emergent counter-narrative; demonstrated through interaction, participation, interventions and interfaces – that effectively penetrate an exhibition’s mode, duration, functionality, and design.

In this keynote address, Alexander Galloway asks us to imagine an art exhibit of computer viruses. How would one curate such a show? Would the exhibition consist of documentation of known viruses, or of viruses roaming live? Would it be more like an archive or more like a zoo? Now imagine an exhibit of a different sort: a museum exhibit dedicated to epidemics. Again, how would one curate an exhibit of disease? Would it include the actual virulent microbes themselves (in a sort of “microbial menagerie”), in addition to the documentation of epidemics in history? In this talk Alexander Galloway explores a “counter-protocol” aesthetic and how it relates to the contemporary landscape of artmaking.

15:05 Paul Sermon My work in the field of telematic arts explores the emergence of a user-determined narrative by bringing remote participants together in a shared telepresent environment. Through the use of live chroma-keying and videoconferencing technology, two public rooms or installations and their audiences are joined in a virtual duplicate that turns into a mutual, visual space of activity. Linked via an H.323 Internet videoconference connection, this form of immersive interactive exchange can be established between almost any two locations in the world. As an artist I am both designer of the environment and therefore “director” of the narrative, which I determine through the social and political milieu that I choose to play out in these telepresent encounters.

16:15 Kate Rich Feral Trade (Import-Export) is an artist-run grocery business established in Bristol, 2003. The process is called Feral Trade to distinguish it from other methods such as Fair or Free. Feral Trade forges new, wild trade routes across hybrid territories of business, art and social interaction. Goods are run along social routes, avoiding official channels of grocery distribution in preference for a hand-carried cargo system, often using other artists or curators as mules. This distribution infrastructure is modelled on the ‘store and forward’ protocol of email, and proposes the surplus freight potential of networked social and cultural movements as a viable alternative to regular freight services (white van, supermarket lorry, Parcelforce, DHL).