Along with the opening of the last cycle of Non-compliant Futures, an online exhibitions in three steps that gather the contributions of artists, critics and activists that are challenging the technological solutionism utopia, one of Maria Roszkowska‘s latest projects was the participation in the 13th edition of the Mapping Festival in Geneva, a major event in the fields of image generation and technological creation.

This was the setting of the latest exhibition by Disnovation.org, the art collective based in Paris that Roszkowska initiated with Nicolas Maigret a couple of years ago. With a portfolio that includes artworks, editions and curation, always working on the boundaries between art, hacking and research, Disnovation.org is a research group that aims at reading critically the prevailing technopositivism, questioning the rethoric of technological innovation and promoting new narrative solutions through hacks and speculative actions.

This last exhibition in particular, the first Disnovation solo show in Switzerland, has shown eight works made in the last few years that are intended to explore the massive propaganda of innovation at any cost from different perspectives: the failure of technologies, the influence of science fiction in the western imaginary and so on. Nevertheless this has been only one project among others, that has strenghtened the well-matched union between Roszkowsa’s and Maigret’s thoughts, bringing the first from the field of graphic design in which she finds her roots, to the field of artistic and cross-disciplinary research. 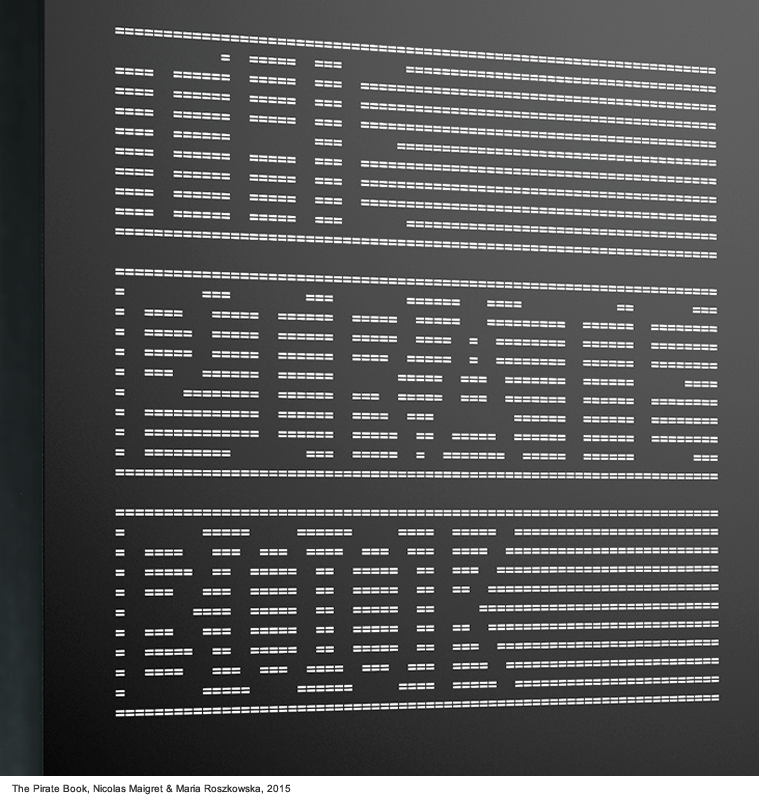 No matter if it’s about branding of public city space, creative algorithms, media piracy or web censorship, Roszkowska always shared with Maigret this very personal and unique view on new technologies, which is not the enthusiastic and messianic, very common even in arts. It is a critical and objective view, trained to read between the lines of everything that politics and economy taught us to be an unquestionable progress, considering it for what it really is: not the only possible route.

Federica Fontana: Looking back at the beginning of your career as a visual designer, before joining Intégral Ruedi Baur you were an associated researcher at EnsadLab; what was the research project you have undertaken in there?

Maria Roszkowska: In the early 2000s territorial collectivities in Europe were at the peak of a race for attractiveness, and their public image underwent a recasting process into an highly branded product. Public authorities created imaginary places like I Amsterdam, Only Lyon, Be Berlin, I feel SLOVEnia, and many others, designed to attract tourists and investors. In our research group (Ruedi Baur, Sébastien Thiéry, Diana Mesa, Chong Ma and I) we were willing to investigate and problematize this idea of transforming cities into brands and citizens into consumers. This rebranding process is an easy way for politicians to give an impression of being active and fixing inexistent problems instead of real ones, but it is also overall a strong symptom of the commons capitalisation. After the 2008 financial crisis this trend mostly stopped and it started to be considered as a waste of public money by the public opinion. 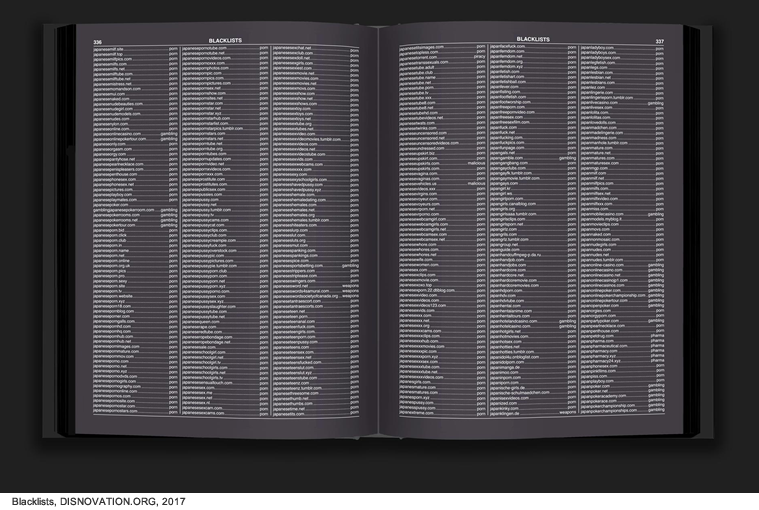 Federica Fontana: In 2013 you designed and coordinated a book about these branding strategies on public spaces in cities named “Don’t brand my public space!”. The book opens up with your essay “Marketplace” that traces back the history of the Western cities transitioning from coats of arms to logos. Can you explain this work to us and tell us something about the conclusions?

Maria Roszkowska: I tried to understand the reasons and the origins of this city space commercialisation and the related communication strategies, but also how marketing symbols and techniques were used to represent a territory; then I tried to spot historical precedents. My initial statement was that the visual similarities between today’s city logos and commercial brands seemed to be symptom of a complex correlation that had grown gradually ever since antiquity. Then I basically connected the dots between historical precedents and visual traces of that parallel process of development between commercial branding and the design of cities’ visual identity.

Federica Fontana: One of the first outcomes of your working partnership with Nicolas Maigret as Disnovation.org is an editorial project about media piracy named “The Pirate Book”, a sequel of the Maigret’s solo project The Pirate Cinema. What is the meaning of this work and where did the idea come from?

Maria Roszkowska: While compiling resources on the subject, we’ve noticed that media piracy was often treated either in an academic way or in a rather moralist approach, considering piracy as pure evil. We found it interesting to de-dramatise the actual western viewpoint by recontextualising media piracy in a larger historical perspective, and even further within various specific geographical/political framings. Our aim with this visual essay was to present situations and strategies mainly related to the so called piracy of necessity, ie. the emerging of piracy as a spontaneous alternative to contents that are unavailable, forbidden, illegal, too expensive and so on. 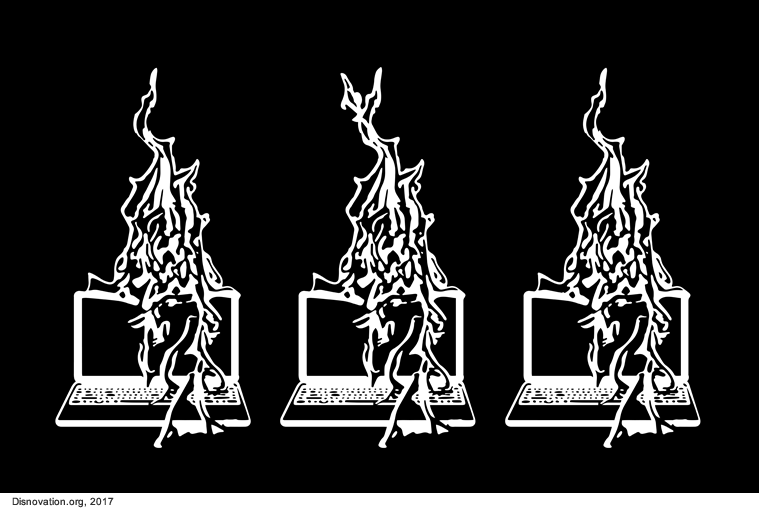 Federica Fontana: Media piracy is used to be designed by the cultural industry as the principal cause of its crisis, while others believe that the crisis is just the result of failed attempts to face the radical transformations of the sector entering the data era. “The Pirate Book” (that is free download nda) invites the readers to consider piracy from a different perspective, for example by opposing copyright to copyleft, what’s your position about it?

Maria Roszkowska: We describe “The Pirate Book” as a compilation of stories about sharing, distributing and experiencing cultural contents outside the boundaries of local economies, politics, or laws. We think of media piracy not as a bug in the media economy, but as a media economy in itself. We consider this phenomenon more as creating new originals rather than copying; in doing so we are not trying to idealise it, but rather to uncover the variety of original practices, cultures and forms that it generates. Our research is mainly focused on human matters, rather than economical ones (like for example the usual propaganda of corporate statistics, charts, and biased financial facts on that subject).

Federica Fontana: Maigret’s work explores technological innovation trying to underline the risks hidden in its ideological manipulation and in its propaganda: do you share this critique?

Maria Roszkowska: Sure, but I think this research is less about risks than it is about facilitating exciting alternatives and counterstrategies. We usually explain Disnovation as a shortcut for disobedient innovation. We are interested in alternative forms and practices emerging at the peripheral zones of the mainstream discourses on technological innovation. The new researches that we actively started for a couple of years as Disnovation and the several exhibitions and projects that we are working on together, all aim at exploring and challenging the grand stories that we tell ourselves as a western society. Following this path we are currently curating projects like Non-compliant Futures, an exhibition at Espace virtuel of Jeu de Paume in Paris that will turn into a large exhibition with Eastern Bloc in Montreal this September. This work focuses on Technocriticism, activism and empowerment through the disruption of technology. 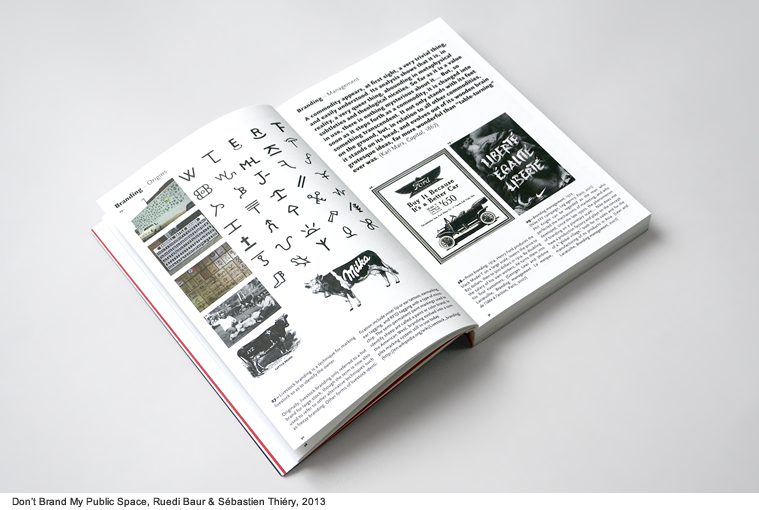 Federica Fontana: On the contrary Predictive Art Bot is a reflection on the widespread use of algorithms to make predictions using data analysis or pattern recognition in fields like finance or marketing.

Maria Roszkowska: Predictive Art Bot is an algorithm that uses buzzing headlines on the Internet as a raw material from which to generate concepts of potential artistic projects. It effortlessly predicts an infinite number of likely, possible, almost-existent or non sense proposals, all of which are in line with the jargon currently in use. Virtually this algorithm is able to create an exhaustive series of all the possible automatic artistic responses and trends that may arise in the future. Predictive Art Bot develops a bizarre and nonhuman imagination that can be even inspiring at times.

Federica Fontana: What do you think will be the role of human beings in a future ruled by artificial intelligences that soon will have also emotions and creative abilities?

Maria Roszkowska: I think that this fantasy about the future that is actually never really happening as such is a recurrent pattern in our culture. There is a great book on those technological imaginaries, “Futurs?” by Nicolas Nova. Since many years we are expecting machines to be taking our jobs and humanoid robots to be living in our houses. Instead we got some automatised jobs, but also supposedly AI driven systems actually based on an army of mechanical turks, and an army of human couriers in our streets driven by apps. I believe that while getting to an utopian, or most likely dystopian state ruled by AI, we could be dieverted by some of the important things that are happening right now. However this is a very spectacular playground for artists. 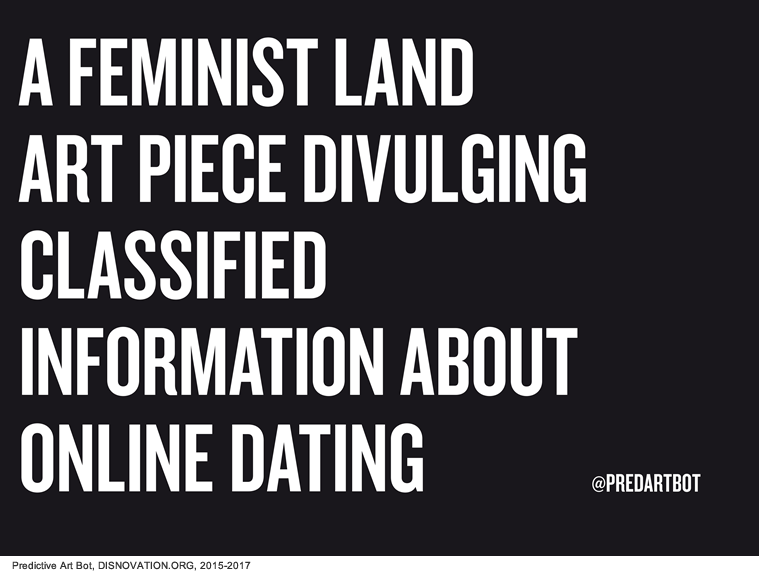 Federica Fontana: Would you describe some of your latest works to us?

Maria Roszkowska: The solo exhibition as Disnovation.org in the frame of the Mapping Festival included a few new works that consist in a sort of an autopsy of the ideology of technological innovation: Blacklists, a 13 volumes directory composed of millions of censored and restricted websites, Shanzhai Archeology a collection of hybrid and non-standardized phones made in China, as well as the new version of Predictive Art Bot.