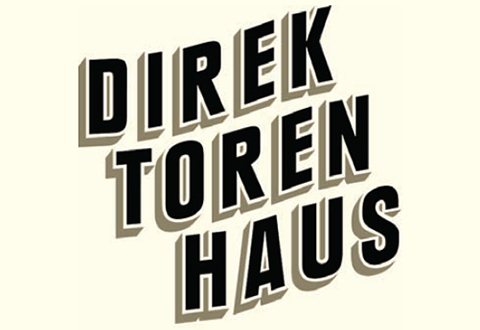 Das Direktorenhaus is a new art space in Berlin, where a simulation of a temporary Gesamtkunstwerk, the total art work, will be explored. Here traditional art and craft methods will be coupled with analogue technology and digital media, however they will not just be limited to their aesthetic values instead this is an experimental directive with a social resonances.

The Exhibitions will play cat and mouse with preconceptions and break down the boundaries between art and design.Das Direktorenhaus, is centrally located at 2 Am Krögel just between Alexanderplatz and the Nikolaiviertel, it’s directly next to the river Spree and enjoys views of the old harbour. The facilities include an exhibition and club room, a bar, and an exhibition’s shop.

On the 5th of November, the Direktorenhaus presented Carnovsky for the first time in Berlin.

Carnovsky are Francesco Rugi and Silvia Quintanilla. RGB is a project about surfaces that mutate and interact with different chromatic stimulus.RGB consists in the overlapping of different patterns that results in unexpected and disorienting images. The colors mix up, the lines and shapes entwine beco- ming oneiric and not completely clear. Through a filter (a colored light or transparent material) it is possible to see clearly the layers in which the image is composed. Each one of the red, green and blue filters serve to reveal just one of the three patterns, hiding the other two. 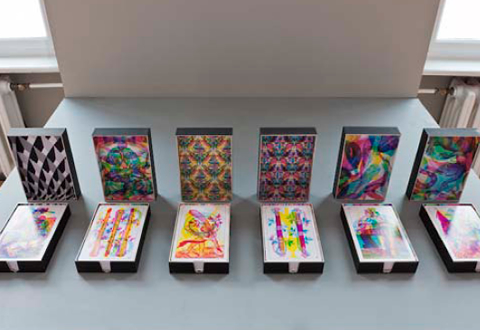 “We wanted to represent the antique theme of the metamorphosis intended as an unceasing transformation of shapes from a “primigenial chaos”.For this purpose we have created a sort of catalogue of natural motifs starting with the engravings from natural history’s great European texts, between the XVI Century and the XVIII Century, from Aldrovandi to Ruysch, from Linneus to Bonnaterre. A catalogue that does not have a taxonomic or scientific aim in the modern sense, but that wants to explore both the real and the fantastic, the true and the verisimilar in the way medieval bestiaries did.

In each image three layers live together, three worlds that could belong to a specific animal kingdom or to an anatomical part, but at the same time connect to a different psychological or emotional status that passes from the clear to the hidden, from the light to the darkness, from the awakeness to the dream in something that could be a sort of exploration of the surface’s deepness. “