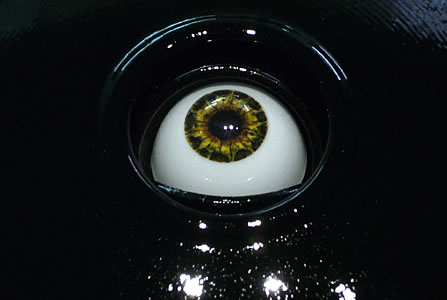 From Art to Design and back

With the partecipation of:

As in the program of Direct Digital event on May 28th 2009 in Modena (Italy), the symposium “From Art to Design and Back”, organized and directed by Marco Mancuso (critic, curator and director at Digicult), focuses on the growing merge between productions, language and aesthetics of digital art and design, as a method of creative design between interactivity, space and eco-system audiovisual production. Thanks to national and international guests, this symposium will try to focus on meeting points between art&design and contemporary man’s creative, and specifically perceptive, social & urban sphere.

The boundaries between art, design and technological hacking, considered as a discipline characterized by use and misuse of modern technologies to produce sensitive landscapes, are more and more subtle and feeble. Sustained by artists and designers general inclination to cope with various practices (from immersive installations to interactive interfaces, from live performances to audiovisual products) using different hardware and software methods, the comparison between creative disciplines with different backgrounds and history has never been so rich and fertile.

Borders and languages constantly reshaping, aesthetics and experiences continuing redefining, tools and interfaces gradually developing, influences and experiences generally sharing. Digital and technological media, directed (during the last 20 years) towards the production of artefacts that can destroy the Cartesian rules of sound-image-space relationship, and can push towards the creation of multimedia landscapes in which technology isn’t merely an exercise of style and technique, but is finally useful for new language, aesthetics, experience, emotion and message. When values and our western world’s economy are in a deep crisis, in front of a general worldwide techno fascination, inside a universe rich of interactive, locative and mobile technologies, the interpretation of reality by digital artists and designers is still linked to contents, a wide aesthetics, eco-simulation and spectacular interfaces. These elements influence our mind and our perceptive evolution, many aspects of the society in which we live and our interpretation of the reality.

Will contemporary art and design be able to give scanning and reading tools to daily reality? Or, otherwise, will they push further to the creation of immersive landscapes in which we will find shelter waiting for a new coming? 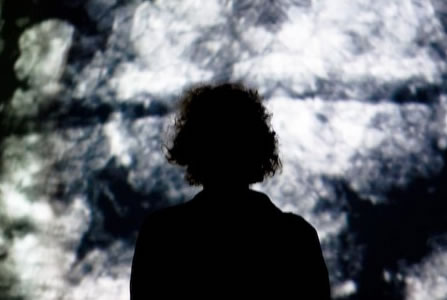 Golan Levin develops artifacts and events which explore supple new modes of reactive expression. His work focuses on the design of systems for the creation, manipulation and performance of simultaneous image and sound. He is known for the conception and creation of Dialtones: A Telesymphony [2001] and for interactive information visualizations like The Secret Lives of Numbers [2002] and The Dumpster [2006]. Previously, Levin was granted an Award of Distinction in the Prix Ars Electronica for his Audiovisual Environment Suite [2000] interactive software and its accompanying audiovisual performance, Scribble [2000]. Other projects from recent years include Re:MARK [2002], Messa di Voce [2003], and The Manual Input Sessions [2004], developed in collaboration with Zachary Lieberman, and Scrapple [2005] and Ursonography [2005]. Levin’s current projects, such as Opto-Isolator [2007] and Double-Taker (Snout) [2008], employ interactive robotics and machine vision to explore the theme of gaze as a primary new mode for human-machine communication. Presently Levin is Associate Professor of electronic time-based art at Carnegie Mellon University . His work is represented by the Bitforms gallery, New York City .

Boris Debackere is an artist, lab manager at V2_institute for the unstable media, and staff at the Transmedia department of the Hogeschool Sint-Lukas. As a media artist his main interests are the possible integration of different expression forms, with an emphasis on electronic sound and image. Most recent work and research is concentrated towards translating and transforming the cinema concept into other forms like live cinema and audiovisual installations. His work includes Vortices , a reactive video installation, exposition Gorge(l) at the KMSKA,  Probe, an installation dealing with the relationship between the viewer and the screen, the research project  The Cinematic Experience (lectures and publication for Sonic Acts XII). He collaborated with Brecht Debackere on the Live Cinema performance  Rotor , performed at several international media festivals. Programming and sound design for Marnix de Nijs’ installations Run Motherfucker Run (2004) and Beijing Accelerator (2006). Composition & sound design for Herman Asselberghs’ films a.m./p.m. (2004),  Proof of life (2005), Capsular (2006), Futur Antérieur (2007) and Alltogether (2008).

Trained as an architect, he was born in Milan in 1963, where he still lives and work. He has worked for may years in the architectonic filed for residential and commercial buildings projects, interior and product design. From 1988 he devoted himself entirely to project dealing with the relation between design and new technologies, working as consultant designer for many of the most important companies in the field. In 2000 he is founder of Limiteazero, along with Silvio Mondino, an experimental studio concerning with new media exploration, at first inside the advertising company BGS D’Arcy (today Leo Burnet) and from 2002 as independent company, working both on research projects and commissioned installations for clients. Limiteazero’s work has been featured in many international design and art magazines and widely exhibited in festivals, art exhibitions and public venues. Paolo has been the creative director of MixedMedia, a public event about electronic culture held in 2005 at Hangar Bicocca in Milan. He is also contract professor at the Master Course in Digital Environment Design at Nuova Accademia di Belle Arti of Milan.

Scholar and teacher of History and Aesthetics and Contemporary Art, Lucrezia Cippitelli holds a Phd in History of Art and is also art writer and curator, with a curriculum of international researches, exhibitions, professorships and cultural cooperation projects, developed in several international Biennals, exhibitions, cultural centers, universities and academies (Bienal de La Habana , Dak’Art, Bienal de Santiago, art academies in Uk, States, Germany, Belgium, The Netherlands just to name few). The main focus on media, technology and its interaction with contemporary art production is accompanied with a curriculum of teacher of History and Aesthetics of XX Century Avant-guards and Post Second World War Vanguard movements; Aesthetics of media and technologies  art in the digital synthesis age; Process oriented art practices in networks and public spaces; Aesthetics of not western art practices; Post-colonial and Postmodern criticism and Comparative modernities studies. Lucrezia Cippitelli is one of the member of Digicult Network.