Troika was commissioned by onedotzero to create a custom installation and visual identity around the theme of this year’s festival ‘Citystates’. Opting to create an installation and identity that integrate into each other, Troika designed a modern digital zoetrope as the cornerstone of the identity. 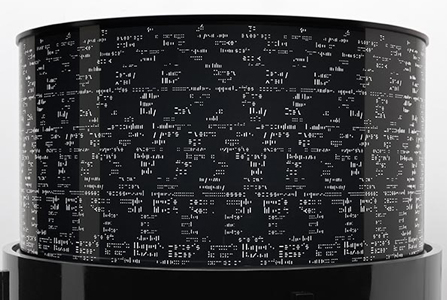 The idea for the zoetrope comes directly from the festivals ‘adventures in motion’ payoff and this year’s theme ‘Citystates’. Revolving around themes of urban exploration and sensory impressions emerging from the different speeds we traverse our cities at, whether walking, cycling or driving, opening up new visual, tactic and sonic layers to the city. 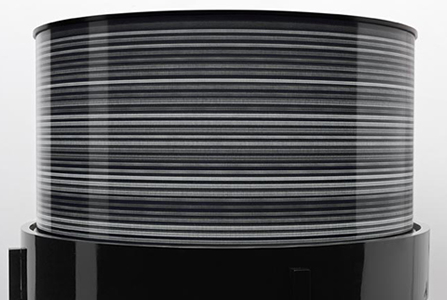 The zoetrope itself is an updated model of the original zoetrope designed by William Horner in 1834. The original zoetrope uses light and motion to animate individual images or frames, much like traditional film that creates a similar effect by showing a rapid succession of frames causing the illusion of motion.