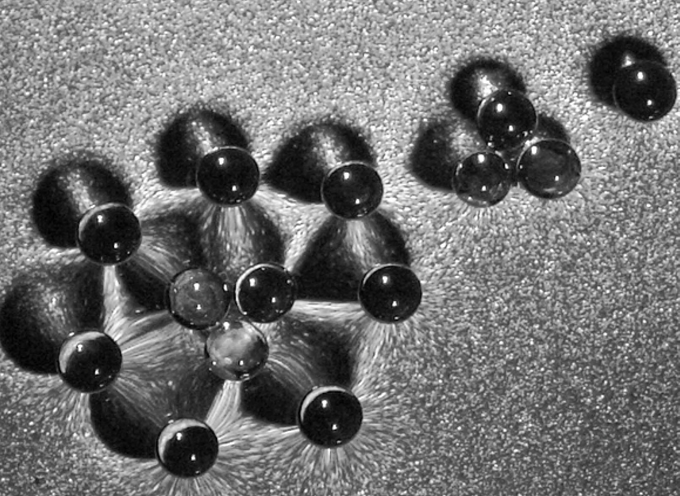 Have a look at the preview here: http://issuu.com/digicultlibrary/docs/digimag74

Print your copy on demand: http://www.lulu.com/shop/marco-mancuso/digimag-journal-issue-74-winter-2013/paperback/product-20968203.html

On December 2012, several scholars, artists and scientists with common interests in the intersection of art, science and technology gathered in Prague (Mutamorphosis, an event on mutant futures, Dec 6-8) to discuss a topic that has become increasingly important during our uncertain times: The event was entitled “Tribute to Uncertainty”.

According to Louis Bec, who wrote the introductive paper to which attractors (the organizers of the thematic streams) and participants were encouraged to respond, Uncertainty should be “contextualized in a world undergoing a complete mutation, jolting at all its points of articulation, whether political, economic, diplomatic, geographic, ecological, technological or communicative.” For Bec, Uncertainty functions as a symbol of today’s political changes and mutations, signaling the transformation of a world “whose hierarchies are being shaken, whose disparate social organizations are being disrupted, a multicultural, hybrid, young, active and communicative world representing 7 billion human beings” [1].

Transformation neither veers towards the best nor can it be programmed or predicted. It presents us with something new, but this “new” is unknown, unpredictable, un-measurable, non-linear. Transformation is marked by uncertainty. 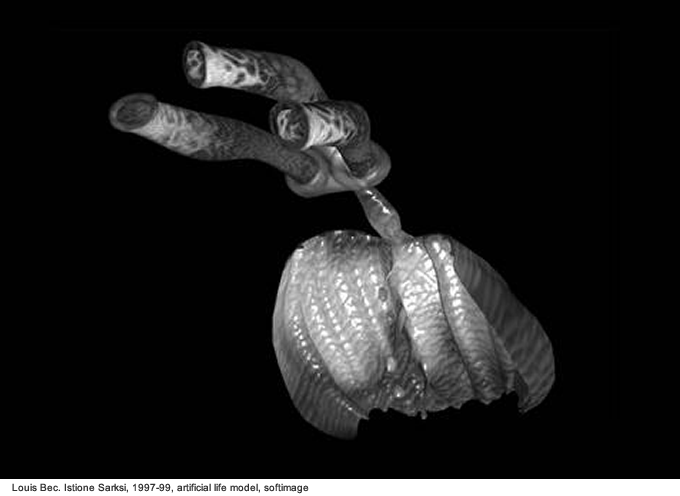 The Oxford Dictionary of English defines Uncertainty as “the state of being uncertain” or “something that causes one to feel uncertain” [2]: in both cases, uncertainty is virtual, or something that exists but that cannot be quite grasped or precisely contained; it is also potential, that is, something that might (or might not) occur in the near, or far, future. Uncertainty looks at the future, but makes us uncomfortable in the present. We can find its signs (and the anxieties produced by it) everywhere. Since the XVII century, Western culture has aimed to minimize this state, by means of statistics, visualization and info-graphics, predictions, classification and taxonomy, hierarchies etc… For instance, technologies of visibility are called upon as tools that filter and separate humankind from the fearful chaos of the world, by making every object visible and self-contained, yet maintaining it substantially virtual and, most importantly, keeping it at a safe distance, by means of interfaces, lenses, simulations, and other technological apparatuses [3]. The classification of the various degrees and phases of uncertainty from Wikipedia testify to the same obsessive tendency to break everything down and locate it into well-separated categories.

But those very technologies and scientific innovations that we so much venerate and rely-upon for providing solutions and easing our research show us a world that is much more complex than we can (maybe) handle [4]. Jonathan Sterne notes that computer technology typified by the epithet “new media”, similarly to “advanced medical procedures, missile defense, and other not-fully-accomplished technologies..” sort of works, “but not in a flawless or entirely predictable fashion”. In fact, these technologies “..are often built to solve problems that are only half understood”[5]. Unlike the telephone or TV, new media and current technoscience are destined to constant change. Not only will they never reach stability, but they are also not designed to produce it.  As a result, Uncertainty is always looming.

In Prague, a great variety of interventions tried to articulate the multi-faceted meaning of Uncertainty by means of artistic practices, case-studies and theoretical/methodological interventions. Topics ranged from the uncertainty principle and quantum theory, to synthetic biology, architecture, countercultures and education. In most cases, palpable tensions emerged between the wish to explain Uncertainty (thus coming out with a definition) and the desire to embrace Uncertainty in practice; the aspiration to let one’s own practice open to uncertain and unpredictable results, and the preoccupation of having to deal with, and measure such results. If Uncertainty implies openness, how open can an artwork, an experiment, an object, a performance be? How do we interpret it? How do we cope with the consequences brought about by Uncertainty? As Franco Torriani asks in his contribution, “Is Uncertainty something necessary, not to say essential, to the condition of being in doubt”?

I don’t believe there is an answer to these questions. In the call for papers for this Issue of Digicult Journal we provocatively claimed that “..no definition of uncertainty was attempted in Prague, as presenters proceeded to report their experience with uncertain phenomena and situations”. This claim, now I know, is only partially accurate. There are as many definitions of uncertainty as there are practices addressing it. The articles in Issue 74 confirm this.

The articles included in this issue – some coming from the presenters at Mutamorphosis, from people who were there only virtually (via skype), or from attendees — approach the theme of uncertainty proactively, by either embracing and even encouraging others to embrace this particularly timely condition, by “risking”, “experiencing” and “experimenting with” Uncertainty (Zaretsky, Meny, Androulaki); by addressing its potentials to make room to various “exploits” (Garrett, Dragona, Chierico, Dolejšová, Roscoe); and by questioning and re-writing the historical meanings and conventions traditionally ascribed to Uncertainty and the scientific principle that bears the same name (Quehenberger and Domnitch & Gelfand). 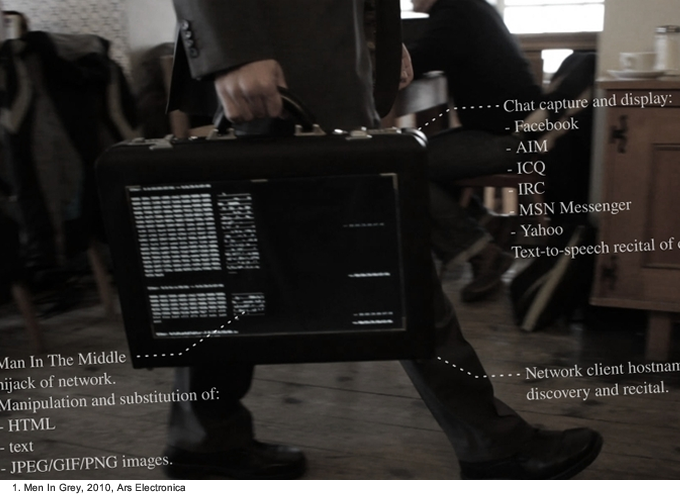 Emerging from specific case studies (game culture, network culture, countercultural practice, ephemeral, or subtle natural phenomena, scientific dogma and experimental cinema) Uncertainty seeks no formal definition. It constitutes a challenge that produces an impasse (thus confirming the culture, the dogmas, the structures and the status quo of current disciplinary divisions and modes of thinking). However, it also fuels creative breaks and enables us to propose antidotes to how we perceive it and to the practices it affects.

In the following articles uncertainty becomes a proposition to act differently, an invitation to not be afraid to swim against the (anxious and over-programmed) flow. Daphne Dragona invites us to play. “The percentage of users in alternative platforms remains small and the acts of opposition against the mechanisms of the dominant platforms are ephemeral and often unfruitful” how is this possible? Soft control (a type of control of the biopolitical variety described by Tiziana Terranova in her seminal text Network Culture…in some way a method to keep bouts of Uncertainty at bay) gives us a sense of freedom to manipulate social networks. However, free customization is not the same as experimentation. “Play” is the solution to this impasse. This “exploit” has “the ability to de-activate elements, material or immaterial found in the apparatus and to also assign a new, different use to them”.

To a certain extend, “play” is something that Structural Cinema, Alessio Chierico argues, has practiced for some time in the form of engagements with the materiality of the medium, the response of a “consciousness that the state of Uncertainty comes from the loss of control of our cultural production”.

Ildiko Meny expresses her frustration in the way that many conferences she attended in the past few months tried to force (not too subtly) down her throat heavy-handed rhetoric and celebratory stunts meant to draw attention and visibility to this or that organization. The uncertain, for Meny, lies beneath; it is not what is immediately and blatantly celebrated as the next fashionable trend; it is surprising, unconventional. For Marc Garrett, who examines similar issues from the viewpoint of independent media art, The gap between what is considered to be worth presenting and watching, and what should not be given consideration is at the basis of the “historical struggle between what is held up as legitimate art and knowledge, and what is excluded”. Similarly, In DOT, a videogame with no winner, Enrique Roscoe demonstrates how the unexpected can reveal the constraints and the hierarchies that govern not only videogames, but also our social structures. His work is a “criticism to the fact that only winning is valorized, while process is given low priority”. In fact, in DOT, it is participating in the creation process of a spectacle, and not winning that counts the most.

Taking risks and playing (humorously) with the unconventional are notions that the Prague-based group  Cancel had in mind when they started the Hotkarot and Opensauce project. Uncertainty here plays a positive role as the condition that attracted the collective towards risking something completely new, unafraid of the consequences. The group created sausages with surprise carrot content, and relied on machine randomness to create mysterious sauces. In his piece, Adam Zaretsky exclaims: “The fracking of heritage genomes through mutagenesis is an art of enduring fragmentation and uncertainty”. Breaking, or fragmenting “constraints, requirements and obligation”, as Stengers puts it, [6] dictated by science, refusing to abide by the reductions and formulas imposed for the sake of clarity and consistency creates disorientation. Using Humor (another exploit maybe) and explicit language, the unwelcomed and the unconventional, Zaretsky’s work has been seeking disorientation intentionally for many years. 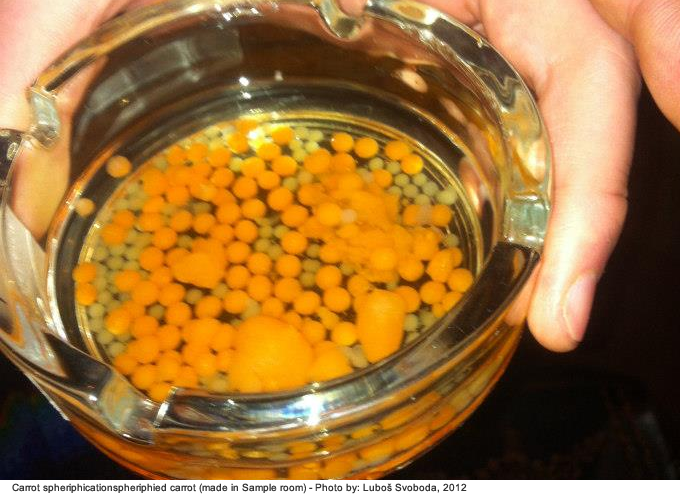 The latter represents a desire (or a luxury, depending on which interpretation we choose) that scientists like Heisenberg decided not to follow, as Renate Quehenberger argues in her paper mapping the genealogy and the politics behind the Uncertainty Principle. Quehenberger describes the Uncertainty Principle as a compromise between classical Newtonian Physics and the rise of a potential new perspective that was never taken seriously and thus was discarded. Conversely, applying a new perspective is an opportunity that Evelyna Domnitch and Dmitry Gelfand have happily adopted. Their artistic and scientific explorations focus on the “ever-transforming interchange between the observer and a non-virtual mesoscopic phenomenon” and document the impossibility of reducing such phenomenon to distinct and well-recognizable signals.

A final note for the reader: these very rich as much as diverse contributions are far from exhausting the debate on Uncertainty. Let’s consider this a follow-up on the Mutamorphosis conference and a continuation of a discussion that hopefully will have many other articulations, twists and turns in the years to come. But for the time being, a big thanks to all the contributors of this issue and happy reading!

3. Robins, Kevin. 1996. Into the Image : Culture and Politics in the Field of Vision. London ; New York: Routledge.