DEAF 2012: The Exhibition. The Power of Things 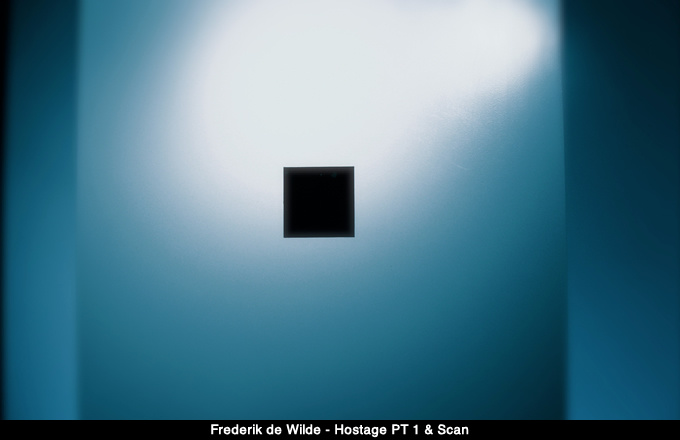 From May 16th to June 3rd the DEAF, Dutch Electronic Art Festival, was held in Rotterdam. In addition to the symposium and the performances taking place during the first 4 days (artists included, among others, Jimmy Edgar, Egyptrixx, Noorderlicht010, CREW, Ital Tek, Lower Dens etc.), the 2012 edition has included an exhibition titled “Power of Things”.

The latter is the theme of this year, underlining the importance – and the power -, of the (in)animate that surrounds us and in which our lives are immersed. Even the arts cannot ignore this power, not only because of its ability to change our lives but also because it leads, if we listen to it, to a different approach to the world and the reality in which we live.

The artworks presented at the festival then, especially those included in the thematic exhibition, curated by Michel van Dartel and Michelle Kasprzak, offer insights, incentives, reflections on the power of the inanimate in all its forms. Among the artists selected, which were about a dozen, among which are known and lesser-known names, international and local, many presented their works in collaboration with research institutions and universities.

Starting from the work of the two Dutch artists Driessens and Verstappen, Sandbox is a diorama made of ‘wind and sand’, placed just inside a wooden box, in which you can look through a hole. The optical suggestive effect is the one of a miniature desert, although this is not the purpose and intention of the artists. On the contrary, what is created is a generative system in constant motion through the interaction of the two parts, sand and wind: natural elements that shape each other, creating precisely new visual and constitutive modes. The two artists conduct a survey on the possibilities of generative computer algorithms especially on a visual level. This time, however, we are not considering software, but rather two natural “objects” whose effects and aesthetic results are both very evocative and interesting.

Going further, we found Hostage PT 1 & Scan, a nano-engineering work by the Belgian artist Frederik de Wilde (you can read at the Digicult’s interview here: http://www.digicult.it/digimag/issue-068/frederik-de-wilde-the-invisible-boundary-among-art-science/ and check is website here: http://frederik-de-wilde.com/.

Defined as ‘the darkest work of art of the world’, it shows just a piece of black material, whose aesthetic perception requires a completely different approach to the image that challenges our customary need for over-exposition. The nano-art is based on paradox / perceptual challenge of showing the unseen and is located on the fine line between art, science and technology. A vision then, proposed by de Wilde, born from the organic itself, from the matter, thanks to an investigation that is not only artistic, but also philosophical. 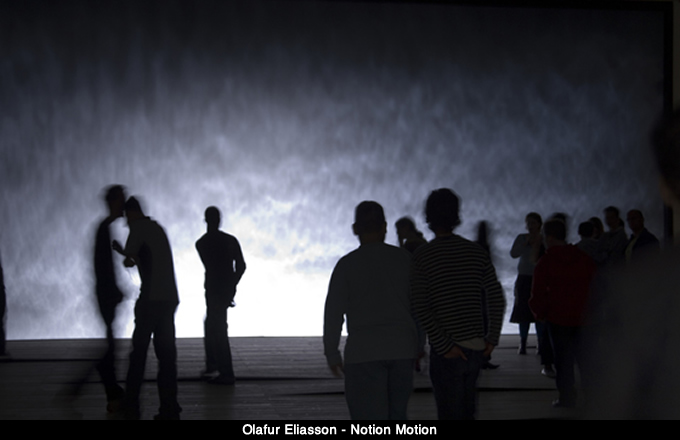 Another work that carried very intense aesthetic effects was Olafur Eliasson’s Notion Motion. The Danish / Icelandic artist is best known for his very meaningful and evocative large installations often inspired by natural motifs. Like in his previous works, the interactive element with the public is very strong. The main subject here is water and its dynamic effects, projected on a screen that creates a 360 degrees environment where the viewer can intervene. All this, together with the naturalistic suggestions of the installation and the presence of a natural element (water in this case) becomes part of the artistic dynamics, constitutes the main theme of Eliasson’s  research, well exemplified in this work.

Pulse by Markus Kishon is an installation that explores the live visualization of emotional expressions on the web (on websites, blogs etc), through a search engine. The system is connected to a central cone that expands into 24 directions, precisely those corresponding to the human emotions. The idea is based on the text of R. Plutchik “Psychoevolutionary Theory of Emotion”, which describes the ways in which the 8 basic emotions of the human being represented in the diagram, with corresponding positive and negative variations, are to form a three-dimensional cone containing 24 areas.

The main idea of this work is to create a link between digital information and the physical object, by means of visualization and materialization of abstract contents. In addition, due to its shape, the central cone visually reminds a human heart that contracts and expands, mimicking movements not unlike those of a heart, as the title of the installation, Pulse, suggests. In turn, this brings us back to the biological and physical dimension of the human being.

Returning to works based on natural materials, we can mention the interactive work by Jessica de Boer, Sealed, where the spectator is invited to enter a kind of refrigerator where the temperature is around -10°C. In this enclosed space, a huge block of ice is located next to 10 kg of salt (extracted from a mine in Sicily). The formations that the two elements, ice and salt, produce once combined are the result of changes in thermodynamic constant motion: they are extremely fascinating. The powerfulness of this work, as it should be called in this case, does not lie as much in the materiality of things but of nature itself. Nature in fact is able to fashion dynamic and suggestive formation, thanks to the simple composition and reaction of its elements.

In the same direction also moves the work by Kianoosh Motallebi, Terrestrial Ball, essentially a small ball consisting in 94 natural elements that are found naturally on earth. It is an invitation to consider the ultimate dimension of things, objects and the realities around us, that is, nature in all its material aspect. 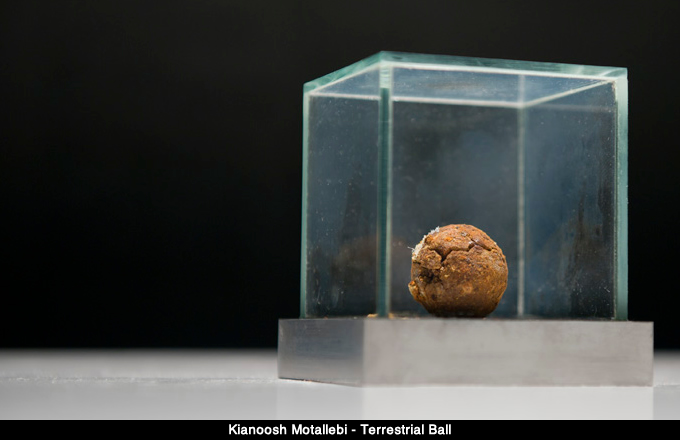 The exhibition running parallel to the DEAF festival turned out to be an interesting and stimulating event, with a contemporary view on a topic that the digital arts have recently started to explore, the one of the relationship with nature and its elements.