Customing the Web with Art: The You (yes, “you”) Museum by Jeremy Bailey 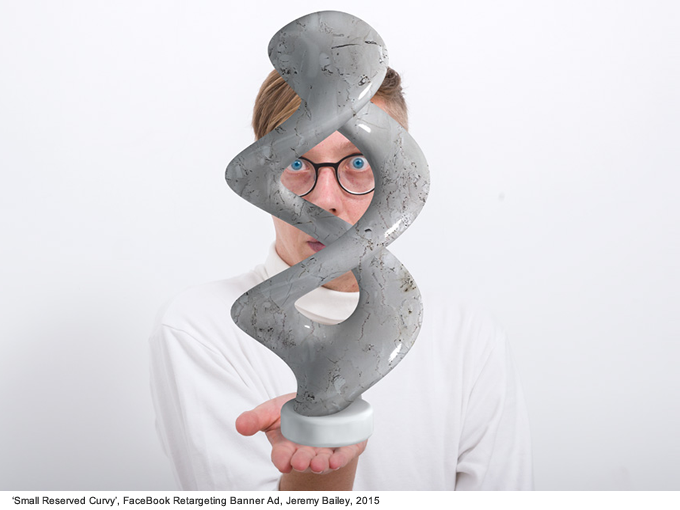 Surfing on the Internet is, for about ten years, an increasingly personal experience: recording, archiving and analyzing our Web chronology allows companies and platforms to create a virtual profile shaped on our online behaviors. This data set represents us because it is the direct manifestation of our person and our choices: this information is used to make our web browsing a customized experience, designed for us.

The You Museum, the new project by the “Famoso New Media Artist” Jeremy Bailey, is about with this dynamic, reflecting on the pervasiveness of banner ads and exploiting it to insert artworks in the flow of images that constitute Web surfing.

This is not the first time that the Canadian artist makes online projects that deal with not only the experts, but also with the general public: for example, in 2013 he had created Famous Portraits, a project on Kickstarter in which he offered the opportunity to anyone to buy portraits on commission. The ability to think critically and to use the means of the so-called Web 2.0 make him one of the most interesting artists of the new scene linked to art on (or “after”) the Web. 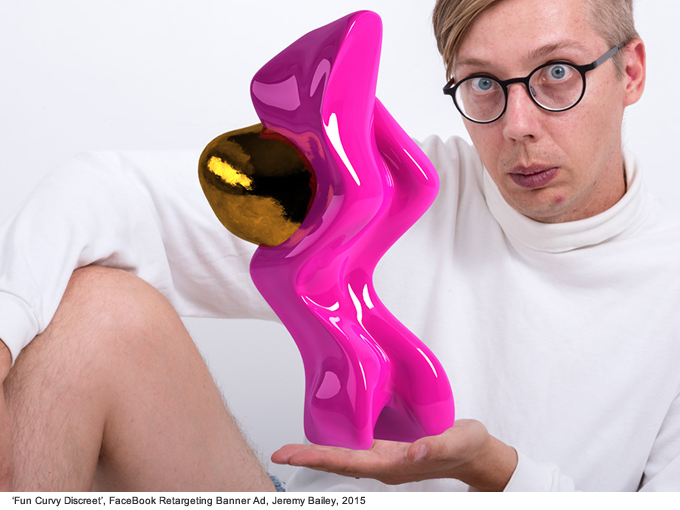 Filippo Lorenzin: How and when The You Museum started?

Jeremy Bailey: The project started when I was invited to do a residency at The Moving Museum in Istanbul (www.themovingmuseum.com). The Ghezi park protests had just happened there and in addition to police brutality the government was locking down twitter and generally acting worse than the NSA. The Ghezi protests started when the government announced that they would take the only public park in the shopping district of Istanbul and turn it into a luxury condo development and shopping mall.

To try and alleviate protesters the government downplayed the shopping aspects of the development and raised the possibility of a museum. That a museum might be a panacea for a neo-conservative government’s transgressions was just hilariously tragic to me. The thought occurred to me that it might be interesting to occupy private spaces as public space, and as a nod to Ghezi, that I might create a museum in a shopping mall.

The world’s biggest public park and shopping mall is currently the internet. Banner ads are really storefronts, so replacing them with a museum seemed like a good idea. I really wanted the project to seem pervasive to echo the government’s watchful eye, and so I wanted my banners everywhere. Retargeting is this technology that every ad platform has for delivering ads exclusively to people who have already visited your website. It’s much cheaper to deliver ads this way so you can be really aggressive about how often they appear.

I built the concept of a personalized museum that follows you, a utopic idea in some ways, but also intensely distopic. To nail the museum/luxury mall point home, I feature every personalize artwork in my hands as if it were an upscale perfume bottle. By clicking a banner you can buy the artwork as a print on a variety of homewares (pillows, mugs and tote bags). In this way the museum becomes a part of your offline private life in addition to your online one. Most of the above went into an Ontario Arts Council and Canada Arts council grants that I applied for and was awarded. Hence the sponsorship logos on the website. Notably for the project to sustain itself, I actually DO need people to buy this stuff. 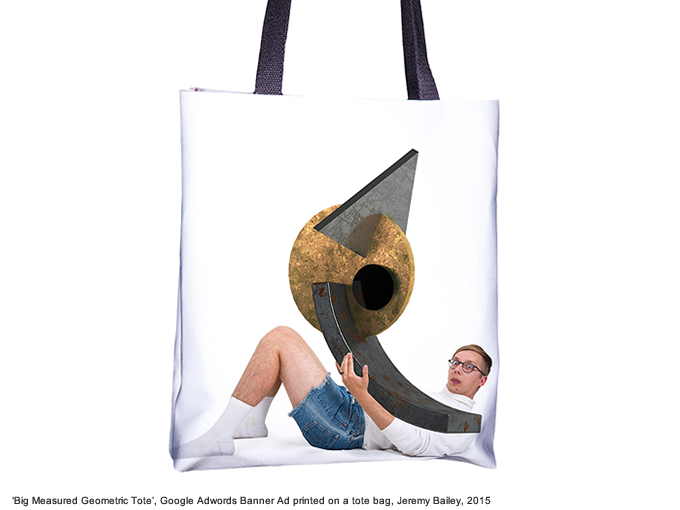 Filippo Lorenzin: The Museum is about customization, automation and new ways to see, share and experience art. Am I wrong?

Jeremy Bailey: In addition to the description above the project intends to play off a concept I’ve had for a while regarding how people use the internet. I’m of the opinion that people no longer visit specific websites. If you think about that in an art world context, when was the last time you typed in a museum’s web address to see art. Museum websites are like Yahoo in the 1990s, they’re static directories of information. Today most people consume media online using relative links, aggregators and social feeds. The internet is a stream and content is increasingly presented to you by algorithms leveraging your personal data. The idea that an art museum could be a continuous omnipresent part of that stream instead of a single destination seems like an obvious step forward to me.

Filippo Lorenzin: I’m one of the early adopters of The You Museum (or at this point should I say “The Me Museum”?) and since many days I see photos of you wearing jeans shorts nearly everytime I visit Web sites and social media. It’s probably the first time I see so much effort to publicize an art project like this, so I ask you to tell something about this campaign. What role has as part of the Museum? What kind of response have you had in recent weeks by the public?

Jeremy Bailey: I’ve had a great response, people have really responded to the idea of a human taking over this cold commercial humourless space. I did have one complaint from someone felt that I was using public grant money unfairly. He wrote a python script to click my banner ads 17,000 times so that I might go bankrupt. The funny thing is, because of the way I’m doing advertising the clicks only cost me 38¢. My budget for advertising media is very small, I pay for all of the advertising from sales of the art people can buy by clicking on the banners. 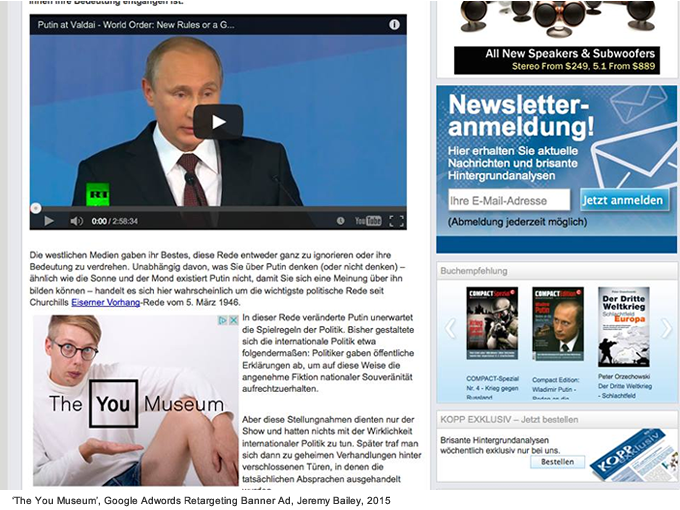 Filippo Lorenzin: Everyone can observe the process of making the Museum by following your social media profiles. Is this narration perhaps part of the project itself?

Jeremy Bailey: Yes! Though I’m not yet sure how many people are paying as close attention as you. I’m trying to make all the analytics and technology behind The You Museum as public as possible. The project is very much about these technologies and our data online, so being open about them creates context for understanding the project. Everyone’s been so (rightly) upset about the NSA because they deceived our social contract. But at the same time we seem totally ok with all the world’s web apps knowing everything about us. I see very little difference between FaceBook and the NSA, or Google and the Turkish Government. Especially now that we know they’re exchanging our data. Why not leverage this reality for good? Why not build a museum with this data? That’s the speculative promise of the You Museum.

Filippo Lorenzin: The You Museum is supported by many art institutions. Could you please describe their role in the making of the project? 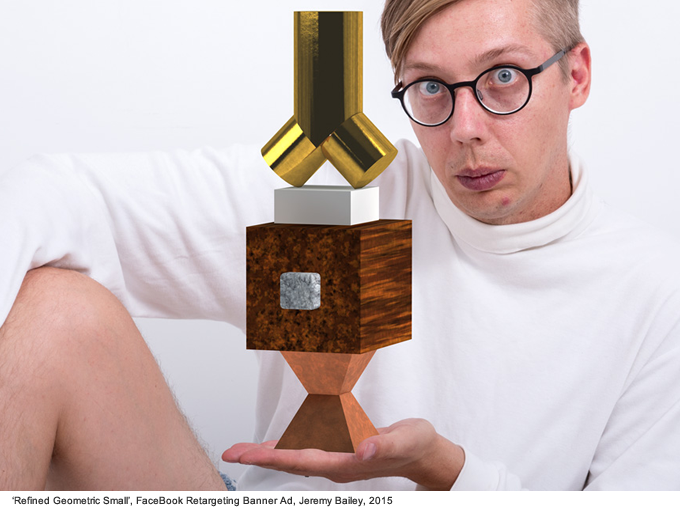 Filippo Lorenzin: In the official Web site you wrote that the Museum is going to show a series of artworks by you. Are you maybe planning to share the platform with other artists sometimes in the future?

Jeremy Bailey: I’m considering it, I think if the platform takes off, it might be nice to play with it in new ways. I’m taking a wait and see approach right now, but if people support the museum I’ll gladly return the support.

Filippo Lorenzin: As art space, The You Museum will be also a platform in which public will be able to buy artworks?

Jeremy Bailey: Yes, right now you can buy prints of all of the artworks on consumer goods. I’ve considered offering 3d printed objects and actual physical works of art, but conceptually I’m not sure it makes sense. From a labour standpoint, it’s also very important to me that sales are completely automatic. All of The You Museum‘s orders are produced and shipped without my assistance. I’ve created projects before where I had to do the shipping and coordinate production manually and it took more time than actually making the artwork. The You Museum is designed to be sustainable.

Filippo Lorenzin: I’m really curious about what’s next. Could you tell us something about the future steps?

Jeremy Bailey: Right now The You Museum‘s first exhibition and artworks are ready but the artworks are not yet being fully distributed. Currently a selection of artworks are following people on Facebook, but in the next week or so they will begin to appear on other websites – wherever you currently see generic ads for The You Museum. Google just requires a larger number of users, they do this to protect your privacy. 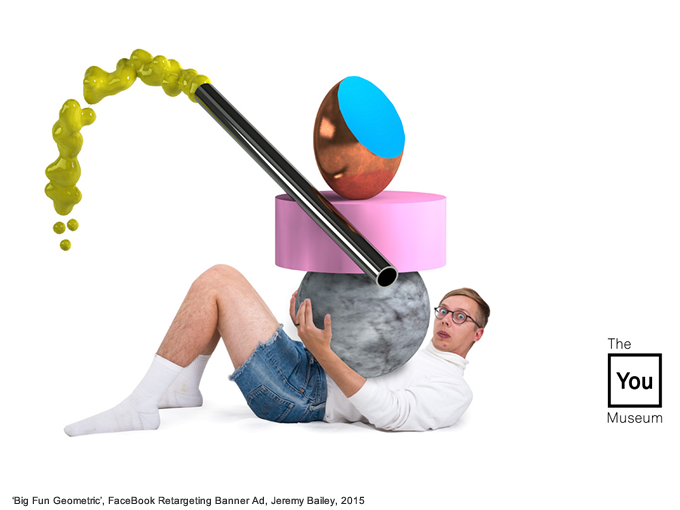 After the first exhibition has fully launched I have plans to enhance the personalization experience for a smaller group of select subscribers. The goal is to create an exceptionally creepy experience for these people. I don’t want to say more than that, but I can certainly say that the more data the You Museum collects, the smarter and more interesting it gets. 😉