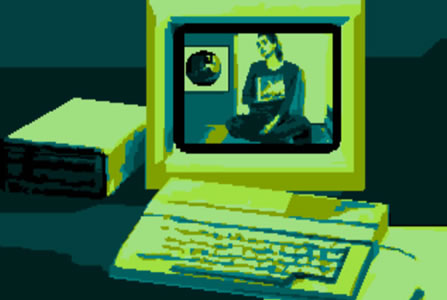 Tamas Waliczky (waliczky.com) will lead in Budapest a workshop between September 19 and September 23, 2005 at the Video Department of the Hungarian University of Arts and Design (MIE Video).

The workshop’s general theme is “Perspective”. Tamas Waliczky, as an internationally recognised Hungarian media artist winning several prizes with his works, currently lives in Germany. He is the professor of the HBK Saar. During his workshop, in the morning he gives lectures open to public, and in the afternoon, 18 students from the University of Arts and Design and from the Intermedia Department of the University of Fine Arts will have personal consultation with Tamas Waliczky to develope their concepts.

The workshop participants are young video and media artists: