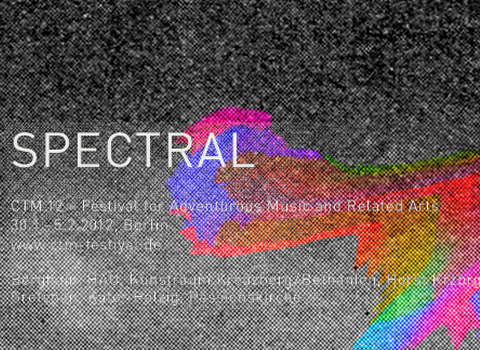 The thirteenth edition of the CTM Festival will be held from 30 January to 5 February 2012. As always, CTM runs parallel to and in cooperation with Berlin’s festival for art and digital culture, transmediale, which celebrates its 25th anniversary in 2012.

With an extensive program of concerts, discourses, and an exhibition space, CTM.12 – Festival for Adventurous Music and Related Arts is appropriating the festival theme SPECTRAL to explore the current reemergence of all things ghostly, mysterious and dark in experimental music, avant-pop, and art – and to speculate about its possible causes and inherent potentials.

A reversal is taking place on the fringes of today’s pop culture: drag, witch house, hypnagogic pop, hauntology, analog synthesizer music, neo-industrial, and drone music all focus on the energy of negativity and unconsciousness. Throughout these various styles one explores revisitations of past music and media and their unfulfilled utopias and dystopias, conjures eerie presences that rise from the deep material structures, and rejects the state of lively present with bitterness, euphoria or everything in between.

Deceleration, decay, fumigation, noise, deformation, liquefaction, mystery, nostalgia, kitsch, emptiness, loss, withdrawal, the longing for transcendence, mundane alchemy, and xenocommunications are the buzzwords of an aesthetic that counters the relentlessness of hyper-capitalist production and its incessant demand for positive engagement. Parallels can be drawn to current protest movements, from Occupy Wall Street to Anonymous. In both cases, the avoidance of a positive alternative vision is formulated in an unsettling response to a confusing situation: Engagement that does not call for anything specific makes an essentially impossible demand, and thus poses what is perhaps the most radical challenge to the current social order.

In this sense, the reawakened interest in the uncanny and in the ephemeral qualities of analog technologies and real materials must be understood as a response to a fundamental malaise when everything has reached a dead-end. Faced with a context of exponentially growing archives and crisis as a permanent state, it seems as if the future of Western societies and their pop culture is doomed to lie in the past. Everything seems to already exist, to have been done before, and is endlessly repeatable through rapid advances in technology. True novelty is nowhere to be found. 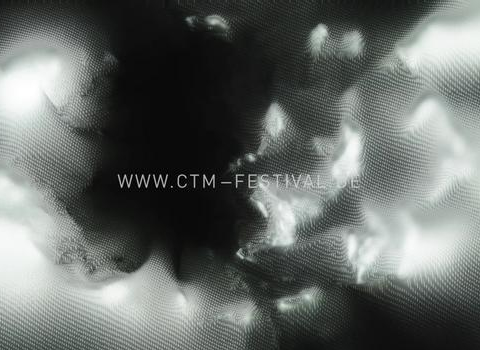 Despite all this, we find ourselves compelled to engage in breathless activity. What remains is an obsession with the technological and cultural artifacts of our own recent past. Lacking any future perspectives, art, music, and society constantly draw from ceaselessly recycled sources of media, forms, and materials. The combinatorial game and crude tinkering with the found, DIY media archaeology, and turbulent bricolage at flea markets, archives and the dumps of global civilization thus become a last resort, where a master plan is absent by necessity.

But it is precisely such uneasy contexts that prevent us from settling comfortably into the past and ultimately becoming ghosts; as there is no rest in sight, the search must continue. Where the medial surfaces have not been smoothed over and the tension of the material is retained, where no deliberate artistic strategy is pursued, where the monstrous and hallucinatory effects of media are laid bare, lies an opportunity to leave open the cracks and fissures through which a future newness may still seep in to confront us.

In addition to a comprehensive music program at HAU, Berghain, Passionskirche, Gretchen, Kater Holzig, Horst Krzbrg and .HBC, a discourse series developed in collaboration with the philosopher, psycho-historian and author Andreas L. Hofbauer will address the festival’s theme by pursuing questions concerning art, theory, and music.

“Ghosts Off The Shelf” is an exhibit created by the curator, art critic, and architect Thibaut de Ruyter at the Kunstraum Kreuzberg / Bethanien, and explores the artistic use of the exponentially growing capacities of technical archives and their “inherent ghosts”. The Crystal World Open Laboratory by Martin Howse, Jonathan Kemp and Ryan Jordan examines the material foundations of our digital world. This, further installations by Ralf Baecker, Nik Nowak, AUDiNT, Chris Salter, Anke Eckardt, works by Felix Kubin, Ursula Bogner, and more can be experienced from 27 January on, when the exhibition opens as part of the comprehensive partner program Vorspiel, within which a number of independent Berlin art, music, and media spaces will present their activities. 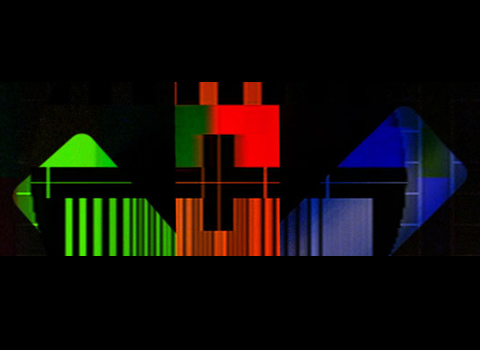 THE CTM.12 MUSIC PROGRAM LINEUP AT A GLANCE