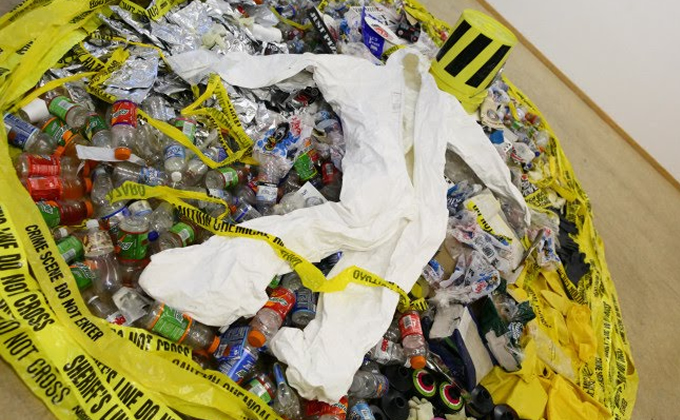 The theme of the Seized exhibition started as a shocking personal experience in the paranoid US political climate. In spring 2004, the FBI raided the home of art professor and CAE member Steve Kurtz. What followed was a four-year legal case that was finally dropped in 2008 due to all evidence of any crime being “insufficient on its face”.

The reason for the FBI raid is telling… Steve’s wife Hope died entirely unexpectedly because of an undiagnosed heart defect. Police who responded to Kurtz’s 911 call for help noticed a benign-looking chemistry laboratory in the house and informed the FBI, who considered “preparations for an upcoming show” to be a lame excuse. During the three-day raid, the authorities not only confiscated Kurtz’s computers, archives, artworks and a set of books he was using for research on his upcoming book project, but also his wife’s corpse. Steve himself was interrogated for 22 hours with the aim of charging him with “bioterrorism” and even murder.

In the installation Body of Evidence, CAE and IAA turn the perpetrator-victim relationship of this horrifying personal experience upside-down. In the same manner in which the FBI stole their artistic material, the artists confiscated pizza boxes, Gatorade bottles, hazmat suits and biological sample bags, as well as written notes and a single cigar butt that were left behind by the FBI at the scene of the crime – Steve Kurtz’s lawn.

The display of the notes and papers that the federal agents wrote during the raid resembles a subversive strategy of counter-appropriation, as the artists use the objects the FBI left behind as “evidence” of their own investigation, and with that act, the power structure is subverted. As the actions and rationale of the FBI and the Department of Justice are questioned, a rare window into the anatomy of a “bio-terror” investigation opens up… 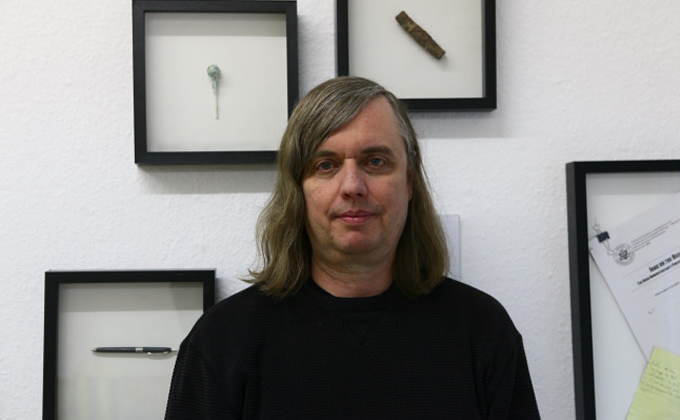 As we can read in the catalogue of the Seized exhibition:

“The project as an art exhibition raises questions about artistic freedom of expression and governmental repression, reflects about the interdependency between politics and business, and presents artistic strategies that try to undercut this. America, the country of freedom, was the setting for the events which underlie this exhibition. It shows that it is not self-evident for artists, even in a democracy, to criticize the structures of power and to publicly take a firm stand.

Besides the complex installation Body of Evidence, the exhibition Seized also documents material for works and performances by CAE that Steve and Hope were working on just before the raid, such as Free Range Grain (2003–2004) and Molecular Invasion (2002–2003), that were confiscated from their home by the FBI along with various other household objects.”

Critical Art Ensemble (CAE) is a collective of five tactical media practitioners of various specializations including computer graphics and web design, film/video, photography, text art, book art, and performance. Formed in 1987, CAE’s focus has been on the exploration of the intersections between art, critical theory, technology, and political activism. The group has exhibited and performed at diverse venues internationally such as the Whitney Museum and The New Museum in NYC; The ICA, London; Schirn Kunsthalle, Frankfurt and Musée d’Art Moderne de la Ville de Paris.

The collective has written 6 books, and its writings have been translated into 18 languages.

The Institute for Applied Autonomy (IAA) was founded in 1998 as an anonymous collective of engineers, designers, artists and activists united by the cause of individual and collective self-determination. Toward this end, the IAA has produced numerous projects under its flagship initiative, Contestational Robotics. 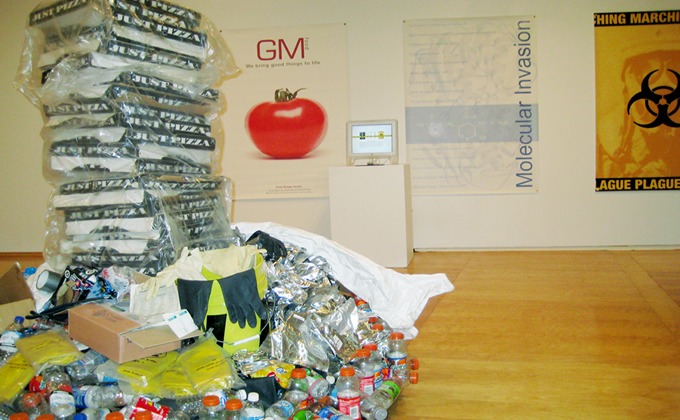 Strange Culture documents the surreal nightmare of internationally-acclaimed artist and professor Steve Kurtz which began when his wife Hope died in her sleep of heart failure. Police who responded to Kurtz’s 911 call deemed Kurtz’s art suspicious and called the FBI. Within hours the artist was detained as a suspected “bioterrorist” as dozens of federal agents in Hazmat suits sifted through his work and impounded his computers, manuscripts, books, his cat, and even his wife’s body.

Music by The Residents

Lynn Hershmann Leeson is a filmmaker and new media artist who has been awarded the Siemens-Medienkunstpreis award from the ZKM, Karlsruhe, as well as the Golden Nica Prize at the 1999 Ars Electronica.