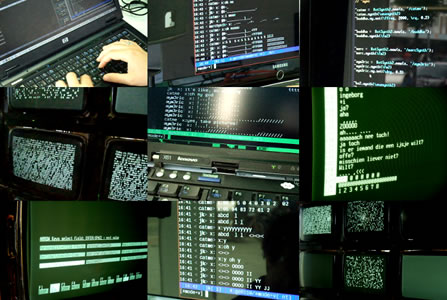 Craftivism is an Arnolfini/Relational contemporary art project that  responds to the resurgent interest in craft as it relates to socially- engaged art practice. It involves fourteen projects developed by  artists and collectives that work with craft-based traditions and  activist practices, and who employ the tactics of  ‘craftivism’ (combining crafting + activism) to question and disrupt  the prevailing codes of mass consumerism.

The project attempts to collapse the distinction between ‘making’ and  ‘doing’ – the former associated with craft, the latter with human  action. It places an emphasis on interaction and participation in the  wider social realm, and employs aspects of self-organisation and ‘open- source’ principles. The artists involved engage with craft-based  traditions through diverse practices including art, technology and  fashion. Selected works exemplify ‘innovation’ in the general sense  that newly invented forms might diverge from established rules and  perceived norms.

Craftivism is developed in relation to a range of contexts and  includes nine artist-led participatory projects developed with local  communities, the outcomes of which are shown as part of a gallery- based interactive exhibition, online and in free software-related  projects, workshops, talks and the uncurated satellite event  UnCraftivism. Events also take place locally at Brandon Hill Park, Colston Hall, Full Circle St. Paul’s Youth and Family Centre, Knowle  West Media Centre and The Mall Bristol. 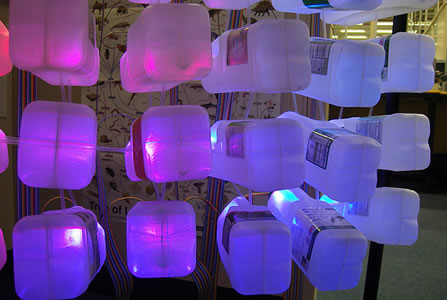 The project will invite public interaction and provide opportunities  to take part, make work and learn craft-based skills to customise  products. It encourages wider communities to embrace the ‘freedom’ to  create, modify and distribute products, and in so doing demonstrates  the possibilities for people to modify their own lives.

Craftivism is part of the Artist/Activist season, a series of  Arnolfini projects in Autumn/Winter 2009/2010 which provides a  socially-active forum for debate and learning around issues of climate  change and alternatives to the culture of consumerism.