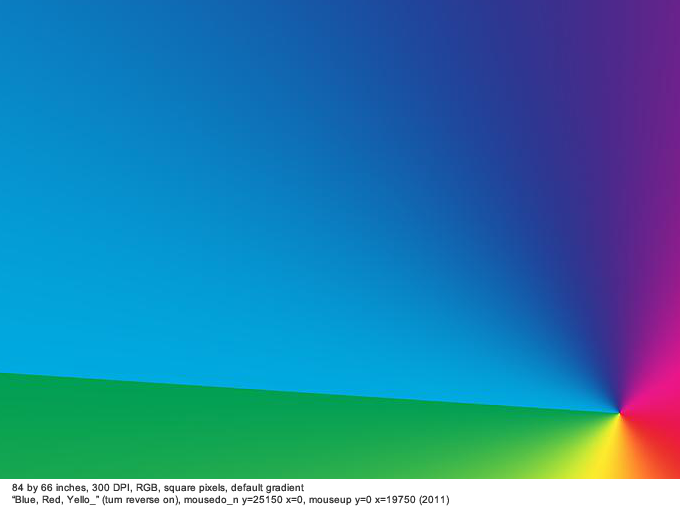 DHC/ART Foundation for Contemporary Art is delighted to present the first major Canadian exhibition of Brooklyn-based artist Cory Arcangel. Trained initially in classical guitar and music technology at the Oberlin Conservatory of Music, Cory Arcangel is now recognized as a major exponent of a pop-tinged, computer-centred art.

Arcangel embraces the Internet’s anarchic potential and its utopian open-source culture, making works that question authorship, the status, and value of the art object. Exploring both the promises and deceptions of software, electronic gadgets, games and other devices—with an emphasis on how they become old and quickly outdated—Arcangel’s art eulogizes technology’s built-in obsolescence while also wittily celebrating its noise, mindless repetitions, and inevitable failures.

He plays serious pranks with computers: famously disabling Nintendo games; hacking, modifying or otherwise manipulating software; re-appropriating and re-editing print media or YouTube videos to coax new and unexpected meanings, trigger sardonic humour, reference art-historical traditions, or just have some honest fun. All this seems orchestrated from a sincere, layman’s perspective and, simultaneously, from a conceptually savvy and specialist position.

Music persists in Arcangel’s major work from 2011–2012, the AUDMCRS Underground Dance Music Collection of Recorded Sound (2011–2012), which submits an 800+ trance vinyl collection bought from a retired dance DJ to the rigours of a professional library cataloguing system. This collection of 12-inch vinyl records repositions what are essentially obsolete objects—both in form and content—to the status of an autonomous, self sufficient, interactive archive. Trance shares the space with Rock: The Bruce Springsteen Born to Run Glockenspiel Addendum (score) and (CD edition), both 2006, overlays a glockenspiel composition onto the hallo_ed, era-defining album.

Among many other works, including modified video games, a new sculpture, website and performance, and prints made especially for this show, the DHC/ART presentation features the film installation Colors (2006). Through specially conceived computer soft_are, this video installation plays the 1987 cop drama Colors, with its soundtrack intact, one horizontal line of pixels at a time. The result is the transformation of a feature film about race relations into an aloof abstraction of endlessly moving and pulsating vertical bands of colour. In the poignant Data Diaries (2003), Arcangel instructed QuickTime to read the RAM data on his o_n computer as a movie file, calling forth its computational inner life as a series of beautiful patterned colours and pixels. He made a video every day for a month—visualizing 30 diary entries of all the many solitary activities on his computer: e-mails, downloads, browsing, etc.

Finally, we are pleased to present a selection from the Photoshop Gradient Demonstrations series. Consisting of large, slick, and colourful C-prints, these glorious manifestations result from one simple click of Photoshop’s gradient tool, which improbably morphs them into luxury objects reminiscent of abstract painting. Helpfully, the titles of these unique works are in fact the exact instructions for how to potentially re-create them at home: Photoshop CS: 84 by 66 inches, 300 DPI, RGB, square pixels, default gradient “Blue, Red, Yello_” (turn reverse on), mousedo_n y=25150 x=0, mouseup y=0 x=19750 (2011). 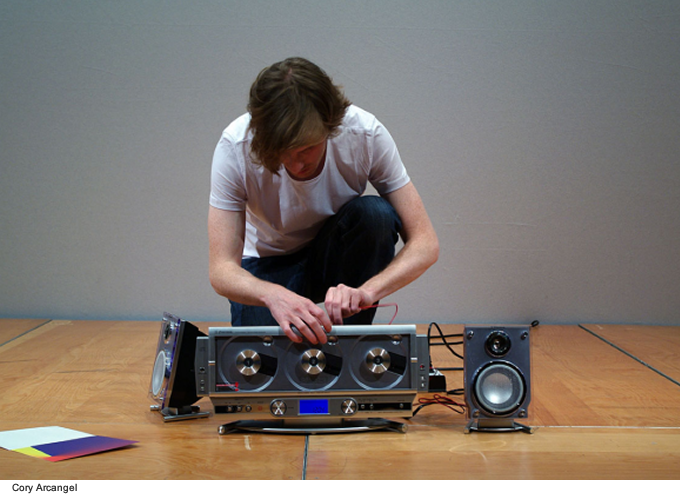 Cory Arcangel’s recent exhibitions include Masters at the Carnegie Museum of Art, Pittsburgh (2012–13), Pro Tools at the Whitney Museum of American Art, New York (2011), Beat the Champ at the Barbican, London (2011), and Here Comes Everybody at the Hamburger Bahnhof, Berlin (2010–11). Links to all of Cory Arcangel’s projects can be found on his exhaustive Official Portfolio _ebsite and Portal: http://www.coryarcangel.com