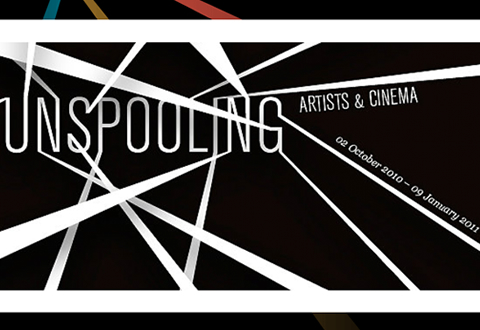 This exhibition seeks to present contemporary artists’ current reflections and interpretations of cinema. Whether picking it apart, creating personal archives or playfully nodding to its forms and characteristics, the show presents unexpected models of the moving image and explores how something so intimate has become so pervasive. UnSpooling – Artists & Cinema, gathers a wide range of works that explore text, image, sound, chemistry, gesture and spoken word, through painting, drawing, film and video from the last decade, as well as an impressive line-up of performances, new commissions, architectural and public interventions, and a unique film programme.

New commissions cut to the heart of cinema and bring out its hybrid anarchistic side: Stefan Zeyen presents Weekend (2010), a series of fly-posters reconstructing Jean-Luc Godard’s infamous long take from Weekend that will track the outside wall of Cornerhouse. Alex Pearl presents Pearlville (2010), a series of lo-fi and improvised films shot each day in his makeshift temporary film factory that will be based at Islington Mill in Salford in early August. Wayne Lloyd re-tells Val Guest’s famous Manchester-set 60’s crime film, Hell is a City, with one-off spoken-word and drawing performance Hell is a City (2010) that will mark the launch of the show. Juhana Moisander, meanwhile, digs up Cornerhouse folklore for a series of uncanny video interventions and Mario Rossi’s new restaurant canopy Thief of Baghdad (2010), reconfigures the building as a portal into the fantastic. 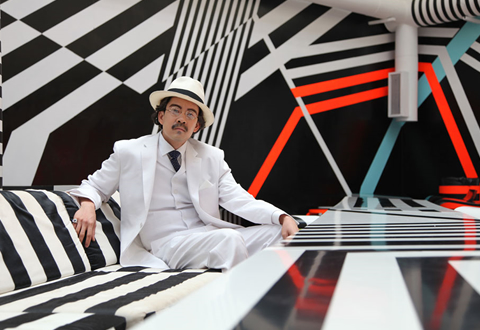 Cinema gets a great deal of recycling and rehashing: Acclaimed Singaporean artist Ming Wong, creates his very-own ‘world cinema’ in his piece, Life and Death in Venice (2009), which features a guerrilla-style re-enactment of Luchino Visconti’s 1971 film, Death in Venice. Wong, who plays the all-starring roles himself (20 years too old and too young to be either character), projects the viewer into an unidentifiable space and time. This video installation follows premieres in Singapore at Third Floor and the 17th Biennale of Sydney and features a cinema light box, advertising the piece in the form of a hand-painted film poster.

Stefan Zeyen’s short film Farewell (2009) shows the image of a woman looking back from the passenger seat of a convertible that gradually disappears, however she never seems to get any further away, instead the image is scaled up in counter movement causing the picture quality to corrode. Elizabeth McAlpine‘s Hyena Stomp (2006), extracts and repositions single filmframes of actors with their eyes closed into a re-rendering of an iconic Frank Stella painting, tracking the repetitions and gestures inherent in popular media. Sheena Macrae’s Odyssey (2006) presents a remix of Stanley Kubrick’s 2001: A Space Odyssey, reconfigured as abstracted slit-scans, toying with the film’s original desires of sci-fi pseudo speculations of infinity and eternity. Austrian artist Gebhard Sengmüller presents Slide Movie (2006), an infernal clattering installation of 24 slide projectors that give rise to a film sequence from Sam Peckinpah’s, Bring Me the Head of Alfredo Garcia, through individual frames mounted into static slides.

The cinematic also explodes from its fixed and flat screen to explore new possibilities in a fourhour spectacular event, Kinematic – UnSpooling Projectors. The event features leading exponents in live, expanded and improvised cinema, and includes the world premiere of Ben Gwilliam & Matt Wand’s new live cinema and Foley piece, I Married a Foley Footstep! (2010), which is co-commissioned with Theatre Clwyd. Sally Golding and Kerry Laitala toy with cinematic conventions in a new expanded cinema performance, Greg Pope’s Cipher Screen, gets a UK debut; and Cartune Xprez will perform a surreal blend of animation, video theatre and general psychedelic madness.

Elsewhere, artists unite themselves with the cinematic more readily: Harald Smykla adds to his ongoing Movie Protocol series, with a live performance and durational drawing of a special film to be revealed at the shows launch. Roman Kirschner’s Roots (2005-06) is a dreamlike screen sculpture of iron crystals that appear in a cyclical process of growing and dissolving. Based on the model of a chemical computer by Gordon Pask in the early 1950s, Roots refers to early image and sound making. Michaël Borremans‘ The German (2004-07), reflects an uncanny worldview in his scale model of a ‘black box’ drawing on the language of stage and cinema. On a constant loop, David Claerbout‘s Bordeaux Piece (2004) plunges visitors into a lengthy film that presents a dramatic domestic episode, composed of near identical yet separate 12 minute sequences, where the plot and characters are overtaken by subtle shifts in light or weather, matching that of the gallery opening times. 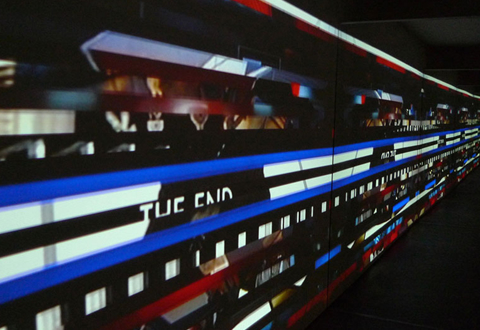 This exhibition is produced by Cornerhouse, as part of Abandon Normal Devices, a 2012 inspired new festival, funded by Legacy Trust UK and part of WE PLAY, the Northwest cultural legacy programme for the London 2012 Olympic and Paralympic Games. AND is presented by Cornerhouse (Manchester), FACT (Liverpool) and folly (Lancaster), and is an innovative new festival of arts and cultural debate for the Northwest.

Publication: The exhibition will be accompanied by UnSpooling the catalogue, edited by Andrew Bracey and Dave Griffiths and will include texts from the curators alongside contributions from Professor Steve Hawley (Manchester Metropolitan University) and Dr. Janet Harbord (Goldsmiths). There will be a publication launch event with performances from artists Ming Wong and Wayne Lloyd on 12 November.

Creative Tourist is an online magazine and a series of city guides that has been put together by Manchester Museums Consortium, a group of nine museums and galleries in Manchester. creativetourist.com, with its mix of exclusive features, interviews, arts news and city guides, allows readers to discover more about what’s happening in the city, uncover its outstanding cultural programme and collections, and perhaps come to be as passionate about Manchester as its inhabitants.
Manchester Museums’ Consortium is Cornerhouse, Imperial War Museum North, The Lowry, Manchester Art Gallery, The Manchester Museum, (MOSI) Museum of Science & Industry, People’s History Museum, Urbis and The Whitworth Art Gallery.
Between 2009 and 2011, these venues are working together to stage an impressive, interlinked programme of international exhibitions, openings and events. They are able to do this because of the financial support of the Northwest Regional Development Agency, which is funding the Consortium through its Raising the Game programme, a regional investment scheme that supports product and service development to drive tourism and increase sustainability. Manchester Museums Consortium is also supported by Renaissance North West, as part of Renaissance in the Regions, the Museums, Libraries & Archives Council’s national scheme to transform England’s regional museums, while it also relies on the help of Visit Manchester to deliver its wider tourism communications programme.