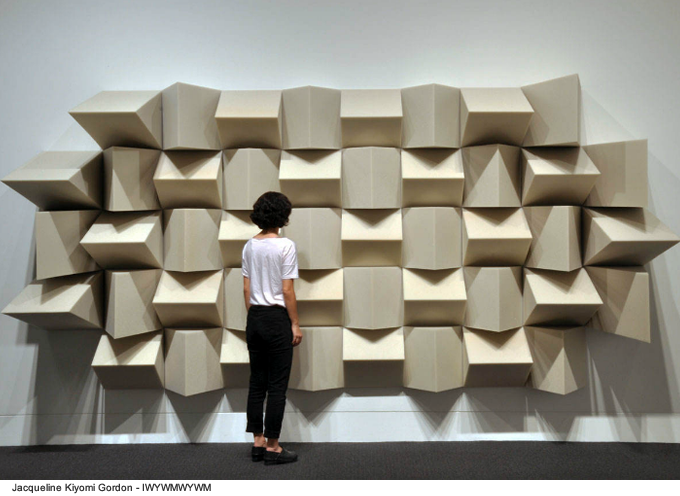 Los Angeles-based artist Jacqueline Kiyomi Gordon works in sound, installation, and sculpture. Her work is often devised around audio and spatial feedback systems that manipulate the visitor’s awareness of sound and space, incorporating the physical and sonic qualities of surrounding architecture to engage the viewer’s senses.

Gordon investigates sonic and architectural applications of cybernetic systems in the 20th and 21st centuries to technological design, from anechoic chambers to the military’s use of Long Range Acoustic Device (LRAD) speakers. Reverse engineering those implements of social control; the dissonant spaces she creates uncover how such systems regulate human subjectivity, mobility, and perception.

For her solo exhibition, It Only Happens All of the Time, Gordon explores sound’s ability to establish different levels of intimacy. The exhibition’s title points towards the ubiquitous presence of sound in that process, whether it exists at the periphery or center of our awareness. Commissioned by YBCA, Gordon’s new installation is an immersive sonic experience that emphasizes the primacy of the embodied experience; one that encourages the visitor to navigate the space through a mode of listening that is both felt and heard. 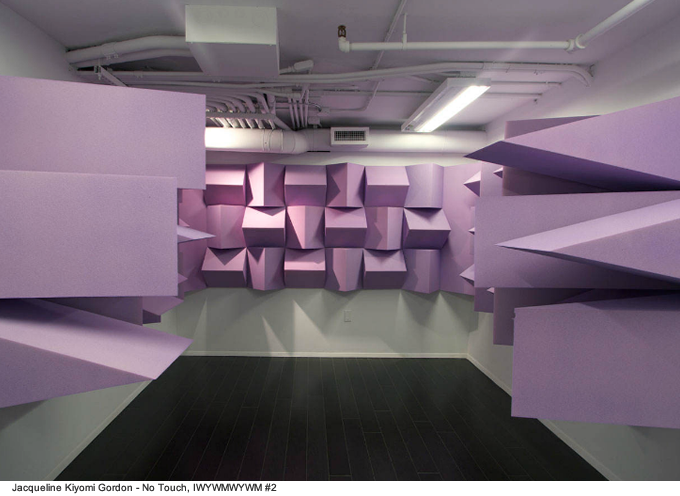 Gordon uses sound-absorbing walls in her installation that are inspired by a military or scientific testing facility in which conditions are controlled in order to achieve a particular end result. In contrast to the walls of the installation, which gestures towards a calculated experience, the sculpture Love Seat situated within this contained environment suggests another, more emancipated, arrangement. Surrounded by a multichannel speaker system distributed throughout the gallery, Love Seat encourages visitors to sit and share in a listening experience with others, while maintaining a physical separation. Fostering an exchange between visitors that wavers between proximity and distance, Love Seat parallels how we listen together.

Gordon’s other works for the exhibition echo a similar concept—sound as experienced within the body becomes a way to feel with others, and to experience the mechanisms of built space through non-visual means. Her film Everyone Will Be Here Now But Me documents a weekend-long site-specific sound environment Gordon created within the empty offices of the Los Angeles Food Center.

For the project, Gordon composed synthesized tracks in tune with the architectural qualities of the offices, which visitors were able to listen to on their own or through the 3D stereo of binaural microphones monitored through sculptural ears. The film captures visitors wandering through the rooms, while the soundtrack is a composite of the synthesizer recordings and Gordon’s own binaural recordings of the space. Her drawings and watercolors more subtly signal the body; wire-like lines protrude and drift through these abstract forms, a reference to the potential for connectivity. Much like the show itself, these strange configurations invite reflection on the many ways the body is instrumentalized through technology.

Audio system for Jacqueline Kiyomi Gordon: It Only Happens All of the Time was made possible by Meyer Sound Laboratories, Inc., Berkeley, Calif. 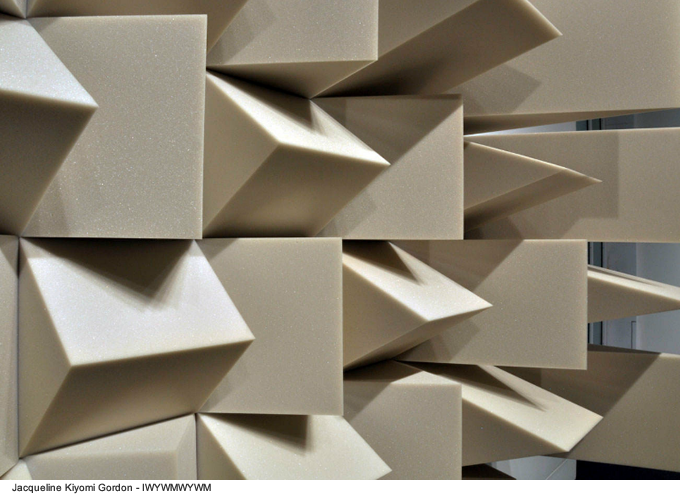 Control: Technology in Culture is a new series of exhibitions in the Upstairs Galleries showcasing work by emerging and mid-career artists who examine the social, cultural, and experiential implications of technology. The exhibitions in this series seek to prompt timely questions about the profound and far-reaching influence of technology in our daily lives by focusing on artists whose work spans a multitude of disciplines and relates to a diverse set of issues, including architecture, acoustics, psychology, labor, consumerism, the environment, and the military.

The term “control” refers to philosopher Gilles Deleuze’s theory that, as a result of the ever-increasing role of information technology, Michel Foucault’s “disciplinary society” of the 20th century has given way to a “control society” in the 21st century. In contrast to discipline, which molds the individual through confinement in factories, prisons, and schools, control is diffuse, adaptable, and ubiquitous, modulating rather than molding the individual.