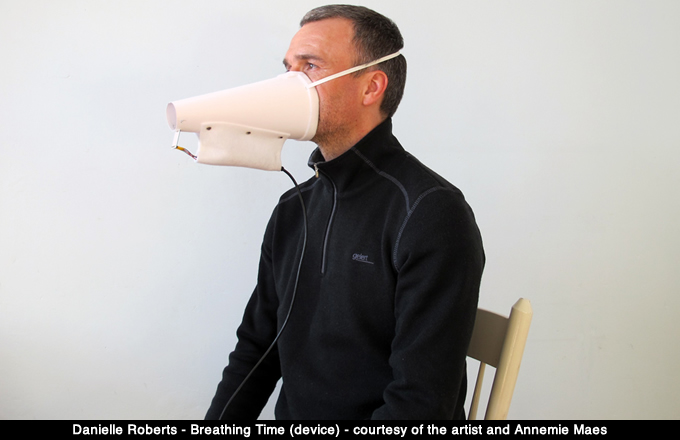 Eindhoven is a perfect city for the interaction between art and science. One of the main organizations which works on the boundaries between the two fields is Baltan Laboratories. Here is the place where new energies originate from unusual relationships which can’t be named with a single definition.

The distance between art and science is an out-of-date concept here, insomuch as Baltan Laboratories has organized some workshops in partnership with Holst Centre – an independent open-innovation R&D centre that develops generic technologies for Wireless Autonomous Sensor Technologies and Flexible Electronics – with the aim to get together new media artists and very skilled scientists. The focus of the project is to connect art and science – two fields so different but so connected when it comes to new media art- to generate a critical reflection on the new energies that a collaborative project like this could foster.

Sonia Cillari, a well known artist for Digicult, has presented the result of the collaboration between Holst Centre and Baltan Laboratories, last November during the STRP Festival. Her work focused on the investigation into heart rhythm coherency. Sonia and hardware developer Stock have been researching the idea that emotions we experience directly affect our heart rhythm pattern and this, in turn, tells us much about what we are feeling. As part of their research they have been working with ECG necklaces developed at Holst Centre (http://www.baltanlaboratories.org/?p=3487#more-3487 ). 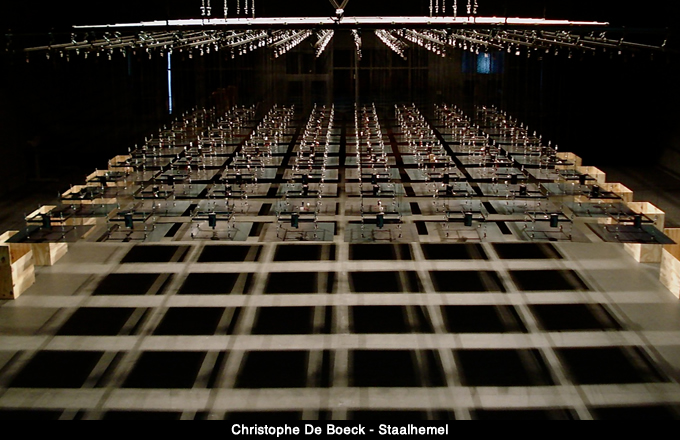 Ludivine Lechat (http://www.krop.com/ludivinelechat/#/) and Christophe De Boeck (http://www.staalhemel.com/about-staalhemel) used the same prototype, a wireless EEG (a mobile device used to measure the brainwawes) developed at Holst Centre, but in different ways. Lechat has created Valence, an interactive visualization controlled by live brainwave monitoring. Valence is a game world which is an emergent system of attractive and repulsive cells made in NodeBox Opengl (http://www.cityinabottle.org/nodebox/). When the player whose brain activity is being recorded relaxes (or is aroused), the cells in the game world respond and he can control his relaxation level.

On the other hand, De Boeck used the prototype to create Staalhemel (‘steel sky’), an interactive sound installation composed by 80 steel panels hung on the roof. Small hammers were installed on the panels to  produce a sound feedback. They were activated by each viewer who was wearing a wireless EEG and as a result we obtained a sort of sound answer to our brain activity.

I had the pleasure to take part in the last workshop organized by Baltan Laboratories and Holst Centre, with Danielle Roberts – a -Dutch new media artist – which made me realize that sometimes artists and scientists have the same attitude in re-think and re-invent their knowledge. One of Danielle’s most interesting projects is Collecting Silence, initiated in 2007 and still ongoing. The artist created a rudimental device to record silence, intended as the absence of every human influence on the environment – traffic, voices, industrial sound – and how it is affecting our experiences and perception of space. She chose the places – most of them between The Netherlands, Belgium and France – following some specific parameters such as the distance from her hometown, not interesting places or spots which reminded her of an important event. 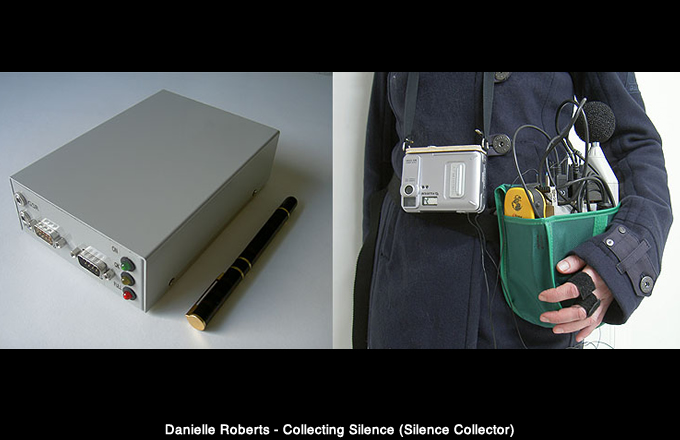 The experiment results were never predictable, therefore one of the most stressing places for Danielle was the meditation period she spent in a monastery and the most quiet place was a rooftop garden in the city centre of Bruxelles.

You can see all of the “silent recordings” online at http://www.collectingsilence.org/, a sort of database in which she organized the entries following two different criteria:  a map where she marked every visited place and a slideshow with images, texts and sound.

Collection Silence was revealing for Danielle because, thanks to that, she discovered the Quantified Self community (http://quantifiedself.com/about/). Quantified Self is a collaboration of users and tool makers who share an interest in self knowledge through self-tracking.

With the idea to observe every moment of her life, Danielle crated Hermitage 3.0, the project she proposed for the workshop. The scientists and the artist worked for a whole day on the idea to create a house where silence, contemplation, art, sustainability and technology were combined together under the same roof. The building is for a single occupant who will become a sort of contemporary hermit and where technology represents the only tool to reach self-awareness. (http://www.baltanlaboratories.org/?p=3760#more-3760)

Breathing_time is the title of the last performance presented in May at TIK Festival in Bruxelles (http://timeinventorskabinet.org/?p=869) and it was inspired by the ideas of the Quantified Self movement. Danielle created a tool to record the breath rhythm in order to create a new notion of time based on our physiology. She asked herself if it was possible to modify time by controlling breathing rate. The rhythm is visualized on the screen through a digital animation inspired by the ensō Japanese technique and colors change according to the intensity of emitted air. She asked five people in different places to breath using the device to understand if the simultaneity of the gesture could influence each other, generating a perfect synchronization. 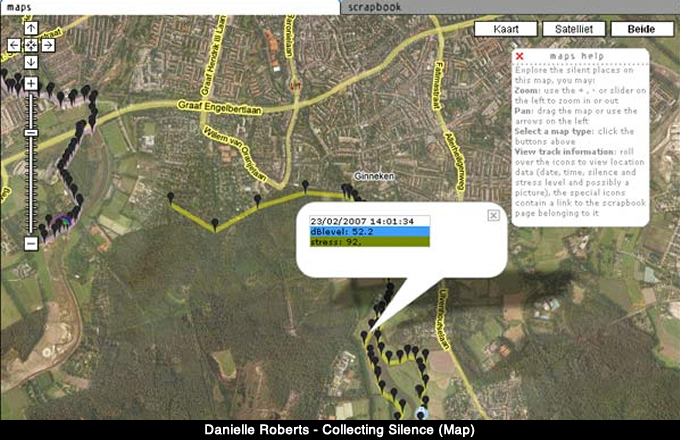 The last art and science workshop was about energy and was led by Raitis Smits (RIXC, Riga, LT) and Arturs Gruduls (Faculty of Biology, Latvian University), Bartaku (BE), Myriel Milicevic and Hanspeter Kadel (DE) (http://www.baltanlaboratories.org/?cat=107), in collaboration with the Dutch Techology Week (http://dutchtechnologyweek.com/nl).