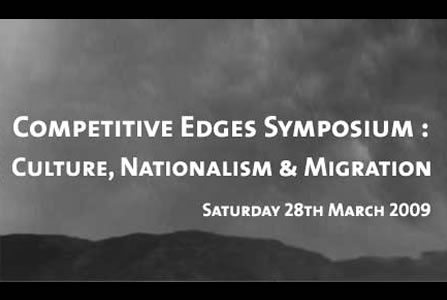 At the 2008 Lothian Lecture given in Edinburgh Professor Tom Nairn and Scotland’s nationalist First Minister, Alex Salmond envisioned Scotland as a nimble nation “light on its feet” and “possibly out-smarting heavyweights”. In many ways this idea draws upon Ireland’s boom time image of the Celtic tiger. Given that nation states are not in fact mobile entities within the international juridical system of sovereignty, we aim to involve internationally acknowledged researchers, academics, writers and artists, who are engaged with the issues of globalisation, to explore what such ideas mean for culture and the arts, particularly in relation to identity and migration, and ultimately for the policies that shape culture.

This will be a vital opportunity for a wide range of people to historically locate contemporary cultural trends and to situate the politics and discourse of diversity in a comparative international context. We think it is particularly important to examine cultural policies in the context of uneven development and the phenomenal rise of the speculative international economy.

Historically, Scotland has experienced mass emigration particularly as a result of enforced rural ‘improvements’ in the 19th century. This has influenced the way the country imagines itself today. In 2004 the Scottish Arts Council held a major conference in Dundee, ‘New Voices Hidden Histories’, which created a debate about how mass immigration had also influenced the cultural landscape of Scotland and whether artists and arts organisations effectively represented contemporary Scottish society.

One of the things that emerged from the conference was that the philosophical foundations of multiculturalism are vague and its politics potentially divisive or sectarian. As has similarly been described of contemporary multi-ethnic Ireland, ‘multiculturalism’ is a common linguistic currency which disavows everyday, institutional and state racist undertones in the name of racelessness. Far from promoting tolerance of cultural difference, orthodox multicultural policies have presented a number of paradoxes which work to harden territorialism and racism. Increasingly, the ideology of nations as lively corporate entities, such as ‘UK PLC’, appears to have no answer to the everyday experience of life in immobile unlimited states that do not enjoy an option for bankruptcy under international law. 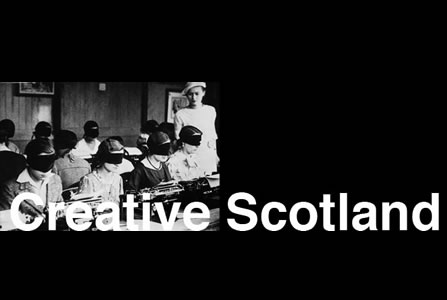 Five years on, the issues raised in Dundee have been recast by the troubled progress of the Scottish parliamentary Creative Scotland Bill which, despite a confusing series of political twists and turns, still seems set to position culture closer to political and economic policies, possibly eroding the material basis of “the arms length principle” which informed cultural management after 1945.

What is extremely unclear from orthodox multicultural ideas is how the complex values of multiculturalism will continue to function in practice: can there be a substantial critical relationship with the promotional model of culture that now informs cultural policy in many countries, and if so how successful would this be in relation to defending democratic rights and freedoms in culture? It is therefore especially timely to have the above symposium in Glasgow to comparatively explore how cultural freedoms and human rights might be upheld or eroded in the era of competitive nationalism.

Some of the key areas to be addressed are:

 the economic structuring of migration and national responses
 the policies that define ‘diversity’
 the place of non-white academia
 development, sovereignty and citizenship
 cultural autonomy – communication or self-expression?