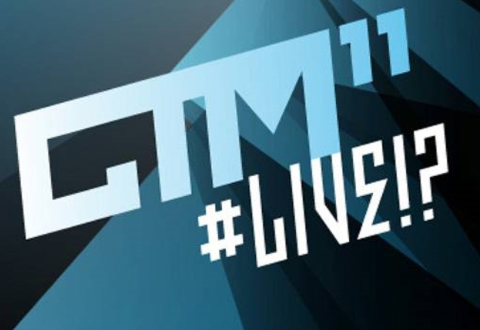 The 12th edition of Berlin’s unique and radically open-minded music and art festival, CTM (club transmediale), takes place from February 1 to 6, 2011. The festival, repeatedly designated as “Germany’s prime meeting point for electronic and experimental music” and as “Berlin’s best pop festival”, puts down roots at new venues in Berlin Kreuzberg, namely the HAU theatre and a cluster of spaces around the “Kotti” square – Festsaal Kreuzberg, West Germany, Monarch, Kotti-Shop and Paloma Bar – where a Berlin stronghold for daring, independent music and art has developed. High profile club nights at Maria am Ostbahnhof and Berghain are planned too, as well as a concert series reviving chamber music at the .HBC and an exhibition at the Kunstquartier Bethanien.

With these new and already established venues as partners, the festival follows not only a new agenda, one that helps create optimal conditions for each of the many musical styles and projects within the wide-ranging programme – minimalist synth drones, audio-visual experiments, conceptual performances, retakes on cold wave, neo kraut and psychedelia, contemporary club sounds and combinations of neo classical music and electronica. But the festival again, and more than ever, makes a strong statement for an independent, experimental and risk-taking music culture, one that steers clear of commercial concerns and shallow routines and keeps operating with an alert socio-political sensibility. Something that is, despite Berlin’s exceptional musical and cultural diversity, still by no means a given.

Staying true to itself, CTM.11 again assembles a unique blend of concerts, parties, laboratories, exhibitions and conferences, which will inspire nightlife hedonists, friends of breakneck experimentation and critical minds alike – not to mention those in who all three qualities are fused. 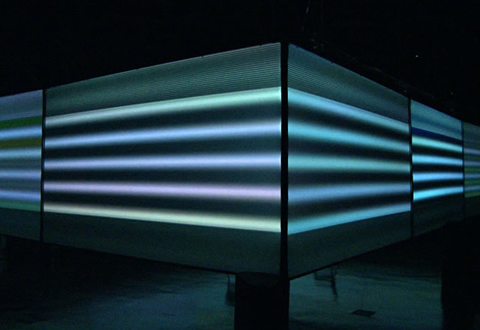 CTM.11 kicks off on the evening of January 31 with an exceptional concert in the beautiful premises of the HAU 1 theatre. Morton Subotnick, intermedia artist, electronic music pioneer and developer of one of the world’s first modular analogue synthesizers presents, in a German premiere, an all new piece in collaboration with Berlin video artist Lillevan. Performed live on stage by Subotnick, Lillevan and the Korean piano virtuoso SooJin Anjou, the piece titled “Silver Apples of the Moon Revisited” weaves together the various musical phases and techniques invented by Subotnick during his fifty years of explorative work. Additionally, Morton Subotnick will give an extensive lecture in which he offers insights into his work and approach.

Extended Club Nights at Berghain and Maria am Ostbahnhof on the weekend of February 4 to 6 present the state of affairs from within the ever-expanding club music universe. There’s a special focus on the diverse and continually permuting styles derived from the exploded genres of dubstep, grime and UK funky. Catch up with the latest developments of the UK scene at the big Hyperdub night at Berghain on Friday 5, which gathers the advance guard of the label’s many forward thinking artists, Darkstar, King Midas Sound, Ikonika, Cooly G and others, around mastermind Kode9.

Other highlights include a Perlon night at Panorama Bar, club concerts by Swedish techno-minimalists The Field, and young Cologne trio, MIT, who fuse Kraftwerk-inspired conceptual electronic music with the cold wave aesthetics of Joy Division.

The experimental Concert and Performance Programme at HAU, Festsaal Kreuzberg, West Germany and .HBC explores the interfaces between music, art and technology, and in doing so displays various strategies and takes on the idea of “live” performance, bringing, through firsthand experience, questions and conflicting conceptions which orbit around the festival theme #LIVE!?, out into the open. These will then be addressed by a specially invited team of international theoreticians and artists in a two-day Symposium at HAU 1.

Other Discourse Formats, a Film Programme, Workshops in Kotti-Shop, and an Exhibition at Kunstquartier Bethanien produced in collaboration with Den Haag-based art space, TAG, further the exchange between theory and practice. 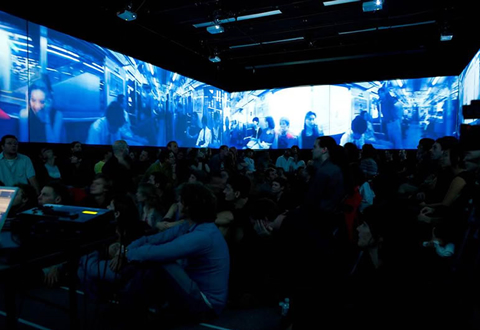 On the weekend prior to the festival (28 – 30 of January), transmediale, CTM and a multitude of Berlin partners together invite you to the Digital Art & Sound Weekend. This first edition of DAS Weekend draws attention to the many artists, spaces and initiatives active in Berlin with great commitment and exciting ideas to promote artistic work and discourse in the converging zones between digital arts, experimental music and sound art. DAS Weekend invites organizations, venues and individuals to present activities by setting up their own events.

The festival will close, as ever, with a lavish After Party at Panorama Bar in the afternoon and evening of Sunday 6, featuring notorious New York House eccentric, Green Velvet aka Cajmere and the head of Clone Records, Serge.