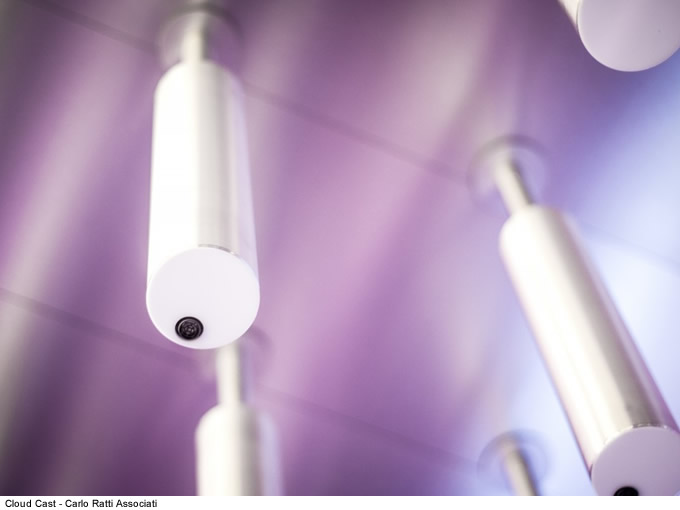 Cloud Cast, a system that uses motion tracking and ceiling-mounted misting elements to provide people with a cloud of direct and localized cooling, will debut at the Museum of Future Government Services during the UAE Government Summit on February 9th, 2015. The project was developed by design practice Carlo Ratti Associati.

“Evaporative cooling has been used for centuries in the Arabic peninsula and is still more energy efficient than, say, air conditioning. It is based on generating a cloud of mist that cools the air around it while it evaporates,” explains Professor Carlo Ratti, Director of MIT Senseable City Lab and founder of the design office Carlo Ratti Associati.

“In traditional systems, however, a lot of energy and water are consumed for cooling outdoor spaces, even when sparsely used. In our project, we focus misting on people, gaining order of magnitudes in efficiency.” Cloud Cast belongs to a larger array of studies on location-based temperature control infrastructure, exploring how to make public spaces in cities like Dubai more livable and sustainable, by synchronizing human presence with climate control. 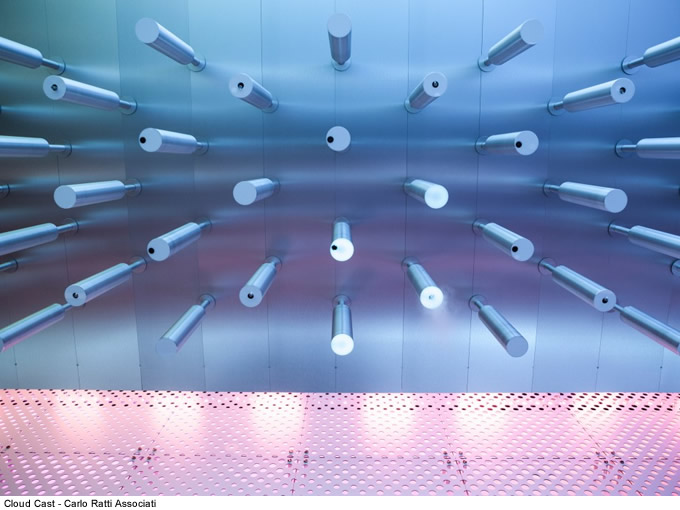 Dubai has a tropical desert climate: summers are extremely hot and humid, with an average high around 40°C (104°F) and overnight lows around 30°C (86°F). Especially in urban environments, throughout most of the year, the climate discourages people from living and walking outside air-conditioned buildings.

Cloud Cast aims to address this issue by creating mobile, responsive clouds of fresh air which follow people as they move under a canopy. An array of responsive nebulizers is guided by sophisticated motion sensing, creating a personal climate for each occupant. Individual cooling ‘clouds’ follow people through space, ensuring ubiquitous comfort while improving overall energy efficiency by orders of magnitude.

“Urban life in all its diversity unfolds before us when we are on foot. We trust that by improving the conditions for pedestrians in Dubai, it is possible not only to strengthen pedestrian traffic, but also – and most importantly – strengthen city life” says Pietro Leoni from Carlo Ratti Associati. “Moreover, we think that our canopy can contribute to a more diverse and attractive urban environment.”

The Cloud Cast installation at the Museum of Future Government Services recognizes visitors via sensors activating a bi-dimensional array of actuators. More specifically, ultrasonic sensors embedded in the suspended canopy structure detect passersby by interpreting the echoes from high frequency sound waves. Measuring the time interval between sending the signal and receiving the echo to determine the distance to the floor, visitors passing between the sensor and the floor will produce an increase or decrease in this time interval, having either absorbed or reflected the sound waves respectively. Data from these sensors is fed to a central control system used to trigger hydro-valves and LED lights in proximity to the detected target. The effect will be that of a responsive mist cloud activated by the visitor and enhanced by backlighting. 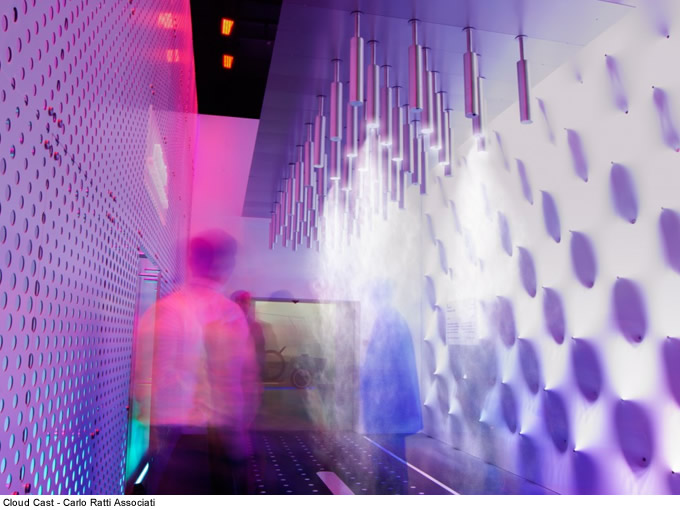 “We envision the city of the future to be a place designed for people, giving them a chance to actually shape their environment and to fully experience their everyday lives and interactions” – concludes project manager Emma Greer from Carlo Ratti Associati.

Carlo Ratti Associati is a rapidly growing architectural practice based in Turin, Italy, with branches in Boston and London. Drawing on Carlo Ratti’s research at the Massachusetts Institute of Technology, the office is currently involved in many projects across the globe. Embracing every scale of intervention, ranging from city masterplans to furniture design, the work of the practice focuses on revolutionizing the use of digital technologies in our built environment and daily lives.

The practice has received many awards including twice TIME Magazine’s ‘Best Inventions of the Year, the Red Dot Award and the Renzo Piano Foundation Award for New Talents in Architecture. The work of the office has been featured in leading publications worldwide, including the New York Times, the Financial Times, BBC, CNN and most design publications. 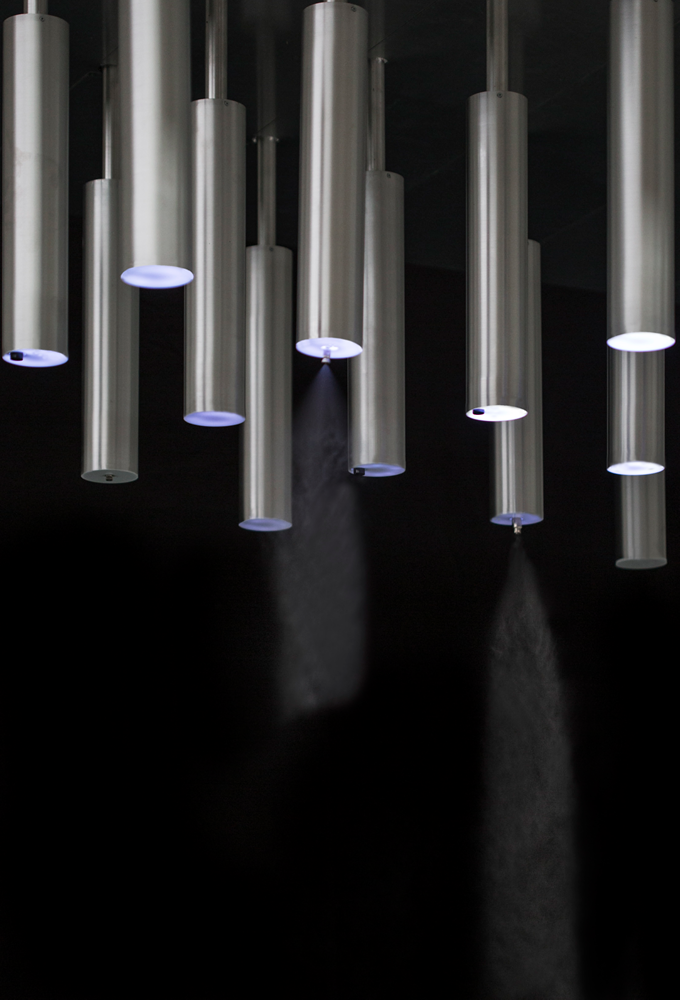 Open in Dubai from February 10th, the Museum of Future Government Services is an interactive design futures exhibition launched at the UAE Government Summit. The Museum explores the future of travel, healthcare, education and urban services, bringing together over 80 designers, technologists and futurists from nearly 20 countries to imagine how these services could be changed for the better in the coming years. The first of its kind, the Museum goes far beyond written reports or special effects. It highlights real prototypes of prospective services that could be developed by the governments of tomorrow.