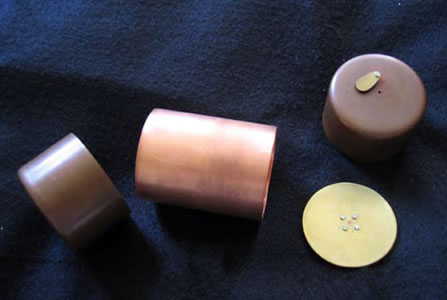 In a bid to increase movie audiences exponentially, and to dominate the motion picture industry, conceptual artist Jonathon Keats has announced plans to produce film and video for other species – from rose bushes to almond trees – using specialized new techniques. “Humans have more entertainment than they can endure,” explains Mr. Keats . “Yet organisms with populations far greater than ours are routinely ignored by MGM and Disney .”

Mr. Keats came to appreciate the potential impact of arts and entertainment on non-human audiences while choreographing ballet for honeybees at Chico State University last year. “Dance comes naturally to bees,” he says, “less naturally to trees. But all plants can perform photosynthesis. They’re sensitive to the play of light. As an entertainment form, cinema was practically made for them.”

By projecting specially-prepared video directly onto foliage, Mr. Keats found an effective way to share films with bushes and brambles, even entire forests and jungles. Yet he chose to open the first movie theater for the botanical kingdom at 1078 Gallery, an alternative arts space in Chico , California . “Chico has the advantage of being an agricultural town,” he explains. “In a place like this, my venture is likely to be appreciated.”

JONATHON KEATS is a conceptual artist, fabulist, and critic. Recently he exhibited extraterrestrial abstract artwork at the Judah L. Magnes Museum in Berkeley . He has also attempted to genetically engineer God in a petri dish, in collaboration with scientists at the University of California, and petitioned Berkeley to pass a fundamental law of logic — A=A — a work commissioned by the city’s annual Arts Festival. He has been awarded Yaddo and MacDowell fellowships, and his projects have been documented by KQED-TV and the BBC World Service, as well as periodicals ranging from The San Francisco Chronicle  to New Scientist. www.modernisminc.com/artists/Jonathon_KEATS/

A Cinema Botanica trailer can be viewed at www.youtube.com/watch?v=tZqzr5ANi7I