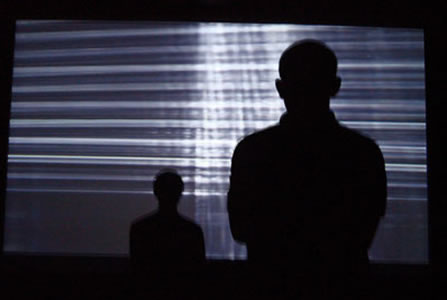 For this 7th edition of the Cimatics festival, we try to go at full throttle again with todays image culture. As an audiovisual festival Cimatics puts the focus both on art, media, design and music. We invite you for a mix of concerts, film-screenings, exhibitions, workshops, conferences, public interventions and parties.

Cimatics is spread out all over the city of Brussels. For 10 days and nights it will be hosted by numerous venues, both underground and above. It intends to be a citywide international festival for advanced creativity, a node where underground, pop and art become mixed in an exciting cultural mash-up.

Cimatics is an ongoing experiment. What was initially a festival for VJing, and soon after for live audiovisual art, has now become an exercise and celebration focusing on ‘advanced creativity’. Todays urban and digital culture in all its diversity.

A great expections are for performances at Beursschouwburg (AGF), Bozar (Ulf Langheinrich, Ryoichi Kurokawa), Les Brigittines (Herman Kolgen (see picture), Telcosystems,…) and Planetarium (Vladislav Delay + Lillevan): it is recommended to purchase a presale ticket. A great event of the festival will be also the Exhibition about Mika Vaino’s works. The publication ‘Time Examined’ by raster-noton, the German label for minimal electronic music, aims to change this with a chronological overview of Vainio’s wanderings throughout music, installation, performance and video. The book plus two audio cd’s is the first in a series of publications dedicated to the audio-visual work of artists associated with raster-noton. For the accompanying exhibition raster-noton and LAb[au], the Belgian electronic arts trio, join forces to retrospect Mika Vainio’s oeuvre; an attempt to make tangible 12 years artistic creation. 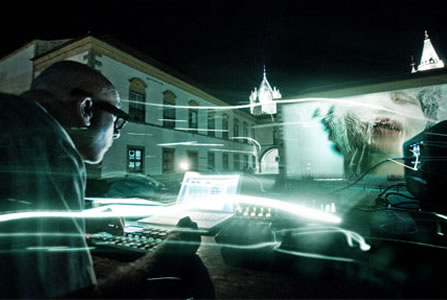 Cimatics is a Brussels-based initiative with structural support from the Flemish authorities as an organisation for ‘audiovisual performance arts’. With this focus Cimatics is unique in Belgium, and has built up a strong international reputation in this field.

Cimatics is member of ICAS/ECAS (International Cities of Advanced Sound), the international network of contemporary urban festivals such as Mutek (Montréal), Mutek Mexico, Club Transmediale (Berlin), Todays Art (The Hague) or FutureEverything (Manchester). As a Flemish organisation in Brussels Cimatics tries to encourage dialogue between the different Belgian communities. Therefor the organisation is member of BKO/RBA (Brussels Kunstenoverleg), and established numerous partnerships with organisations from both the Flemish and the French-speaking community.

The complete program of the festival, with all the events and concerts is here: http://www.cimatics.com/press/Cimaticsfestival2009.pdf