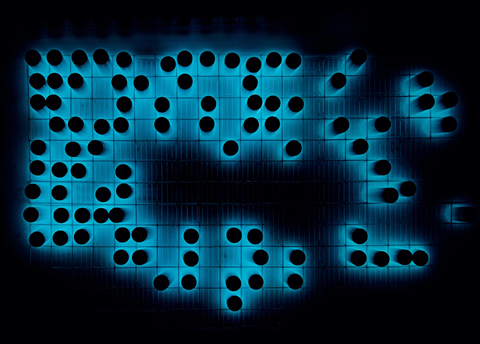 The exhibition explores different notions of disappearance articulated across the personal, social and political realms. All the works stage and conceptualize mourning, absence and loss, offering rich associative histories while also uncovering the hidden and inaccessible – or that which is made to disappear from view.

Shot in 70mm and digitally projected on a massive screen, June 8, 1968 (2009) Philippe Parreno’s haunting and sumptuous seven-minute film, imaginatively re-enacts the train journey from New York to Washington carrying assassinated Senator Robert Kennedy’s coffin on June 8, 1968. The film is literally a series of tracking shots from the point of view of the train and the dead body within it. The enormous projection creates equivalence in scale between the audience looking at the mourners lining the tracks in silent witness, who in turn look back at the audience.

Taryn Simon’s magisterial photographic inventory on what we can’t or won’t allow ourselves to see in the realms of science, government, security and nature – An American Index of the Hidden and Unfamiliar (2007), reveals that which is foundational to America’s functioning and mythology. The formally composed and well lit photographs of normally unobtainable objects or inaccessible places are paired with precise and contextualizing texts. Gaining access to these denied spaces are also feats of diplomacy. Her work ultimately exposes, in powerful and disturbing ways – and with great analytical acuity – the undergirding of American society. 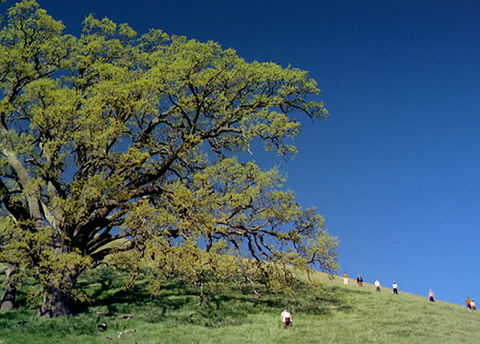 Omer Fast’s 5000 Feet is the Best (2011), is a film based on interviews with an American Predator drone aerial vehicle operator, who describes incidents where militants and civilians are fired at in Pakistan and Afghanistan – resulting in deep psychological scarring. The film is a brilliant blend of fact and fiction as it visualizes certain technical aspects of the job, while also offering fascinating narrative digressions. Using an almost circular structure, the work always returns to the central core of the interviews with both a real and fictional pilot. Alarmingly like video games, the pilot may be based in Las Vegas but directs lethal drones halfway across the world. Such are the dislocations of modern warfare.

Cuban artist José Toirac’s conceptual single-screen work Opus (2005), features an edited speech by controversial leader Fidel Castro – himself increasingly disappearing after retiring in 2008 – where everything but numbers are cut out from the audio track. The impassioned numerical pronouncements, full of rhetorical surges, are an endless litany whose corresponding stark white digits appear on a black screen. The artist reduces Castro’s ramblings to unintelligible quantifications of gains, losses or predictions, indeed reducing politics to endless spin and obfuscation.

Teresa Margolles’s Plancha (2010) is at first view a seemingly innocent minimalist sculpture, but it packs an intense emotional punch by its provocative use of bodily substances and its evocation of traumatic events. Water drips from above, hitting heated metal surfaces and evaporating instantly. Sourced from a morgue in Mexico City where the artist has worked, this is water used to cleanse corpses after autopsy—possibly also murder victims—while the steel plates are reminiscent of an operating table. With just a few concrete elements, Margolles vividly enacts the transformations of the human body after death, especially the final passage from presence to absence.