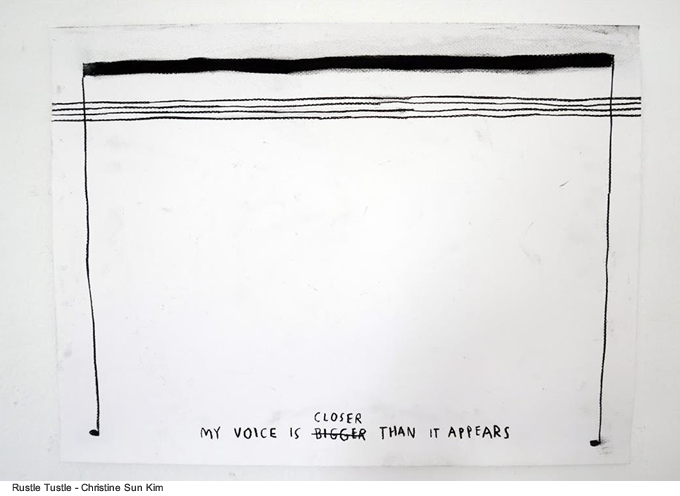 “Being deaf in a world of sound is like living in a foreign country blindly following the cultural rules, customs, and behaviours without ever questioning them … Sound is almost like money and power. It’s so powerful that it could either disempower me and my art, or empower me. I chose to be empowered.” Christine Sun Kim

Christine Sun Kim will make her debut in the UK with an ambitious exhibition probing the social and political realities ingrained in the use of voices – hers as well as others’. In Rustle Tustle, the Berlin-based artist, who was born deaf, invites viewers to expand their understanding of what sound is and can be, undermining the all-prevailing sound etiquette set by hearing culture.

The exhibition will showcase a new series of drawings exploring the links between sign language and music, an interactive, walkable installation Game of Skill (2015) – which uses gallery visitors as moving instruments, teaching them a new way to listen – and a new video work, Close Readings (2015). 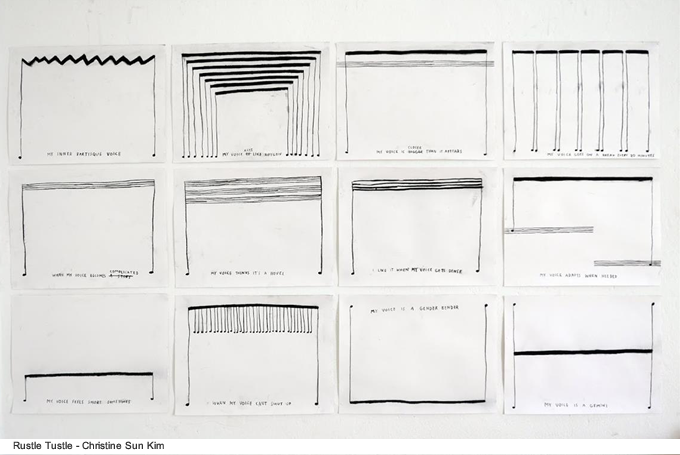 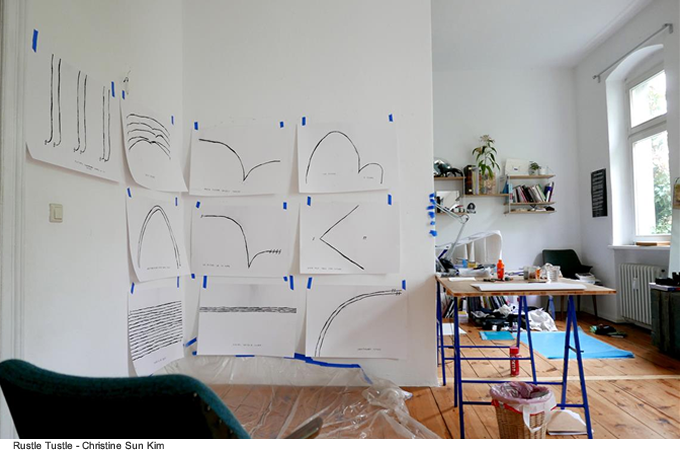 Kim has dedicated her practice to the investigation of sound and spoken languages through a variety of media: drawing, performance, video, and installation. One of her strategies is to borrow and guide other voices to expand her own. She also choreographs non-vocal forms of communication, for instance conducting a group of people to “sing” with facial movements as in Face Opera (first performed at the Calder Foundation in 2013).

In the course of developing a language useful and relevant to her, Kim has also turned to elements from several information systems such as graphic and musical notation as well as American Sign Language (ASL). Reinvented in Kim’s work, they explore sound’s material possibilities, challenging in the process the ownership of sound, the exclusive prestige attached to a traditional voice – and its corollary, namely, the social isolation of those deprived of it.

Christine Sun Kim (b.1980, Orange County, California) holds an MFA from New York’s School of Visual Arts and an MFA in Music and Sound from Bard College. She currently lives and works between New York and Berlin. 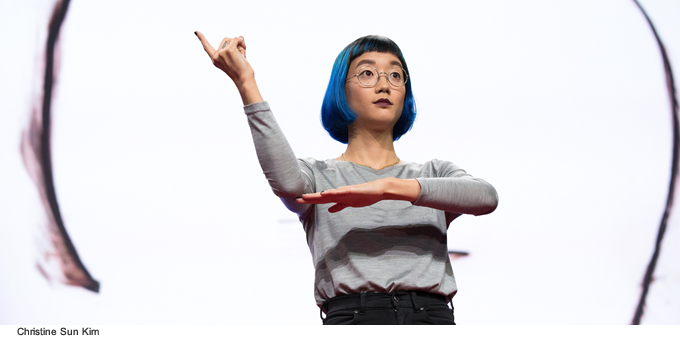 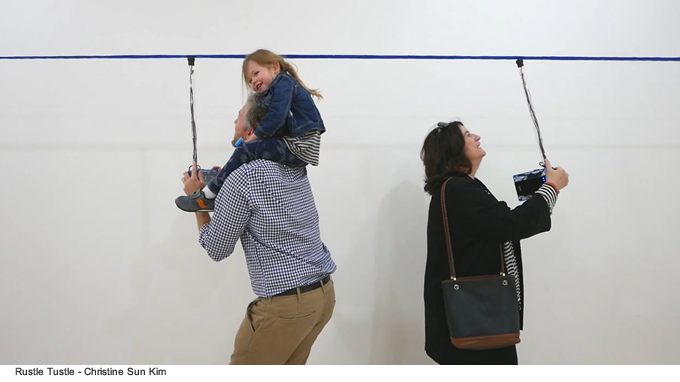 Her recent and upcoming exhibitions and performances include Bounce House, Sound Live Tokyo, Japan (2015), Greater New York, MOMA PS1, USA (2015), Silence, with Chelsea Knight, New Museum, New York, USA (2015); Almost A Score, Arnolfini Centre for Contemporary Art, Bristol, UK (2015); and Soundings: A Contemporary Score, MoMA, New York, USA (2013). She has been artist-in-residence at the Whitney Museum, Haverford College, Southern Exposure, Arnolfini, and the University of Texas Visual Arts Center. She has also been a TED Fellow. In 2015, she was named a Director’s Fellow at MIT.