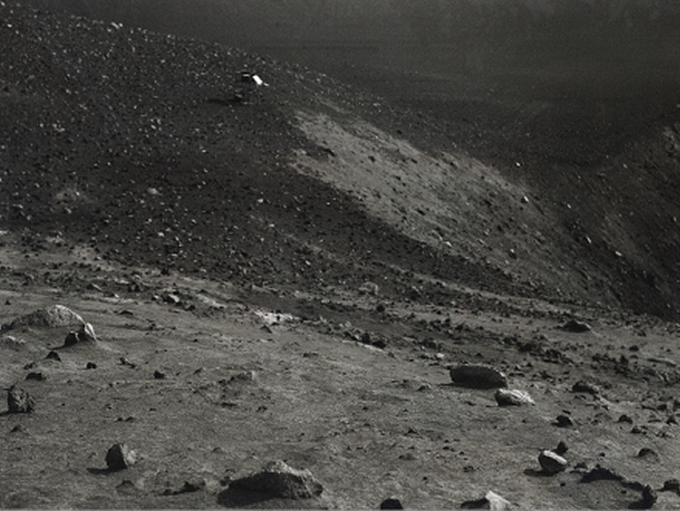 Christian Waldvogel is a conceptual artist who deals with humanity as a species, on a planet and in the universe. He believes that understanding the “world” as such, and having a real sense of its properties and character as a sphere orbiting a star, enables us to achieve the sense of context necessary to become truly global citizens.

Therefore his works reflect, paraphrase and enhance the systems we live in, and provide his audience with the tools to do so as well, encouraging them to look at life from an outside perspective and from a critical distance. In this sense, his work could be defined both as a toolkit for a reality-checkup, and as a poetic extension of humanity’s urge to expand both knowledge and territory. At the FRAC he will be showing five major projects created between 2004 and 2013.

A thought experiment: building Earth’s antipode using the entire Earth as construction material. Humanity would live on the inside of this gigantic structure. No heavens for the gods, and maybe paradise for man? 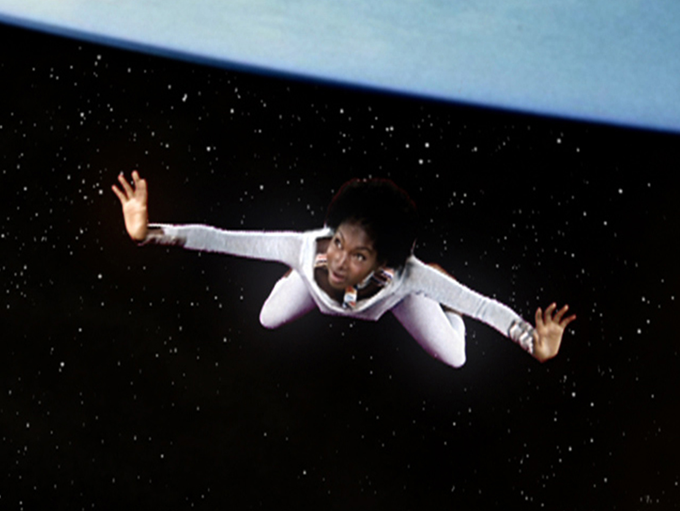 Having discovered that the western extreme is defined not by location alone, but by the concurrence of location and time, Waldvogel solved a riddle which is almost seven hundred years old. Travel is undertaken to reach this point.

Every day, the Earth turns once around its own axis. In order to stand still, to not turn with the Earth, one has to travel westward—against the direction of rotation – at the rotational velocity. Which is what C. Waldvogel did with the help of the Swiss Air Force.

Maybe the Non-Existence of Antichthon can be disproved, 2009–2013

Around 500 B.C., the Pythagoreans were the first to argue that the Earth was not the center of the universe. Their universe was focused on a central fire, and Earth was balanced by an ideal, perfect Counter–Earth: Antichthon. Today, Antichthon might be real once again. A receptacle for our wishes and perceptions of the ideal, it is waiting to stimulate our imagination, and yet we do not know if it exists.

Some things cannot be described unless seen by one’s own eyes… Two astronauts assisted the artist, delivering graphic, linguistic and anecdotic aides which enabled him to produce a window into outer space. 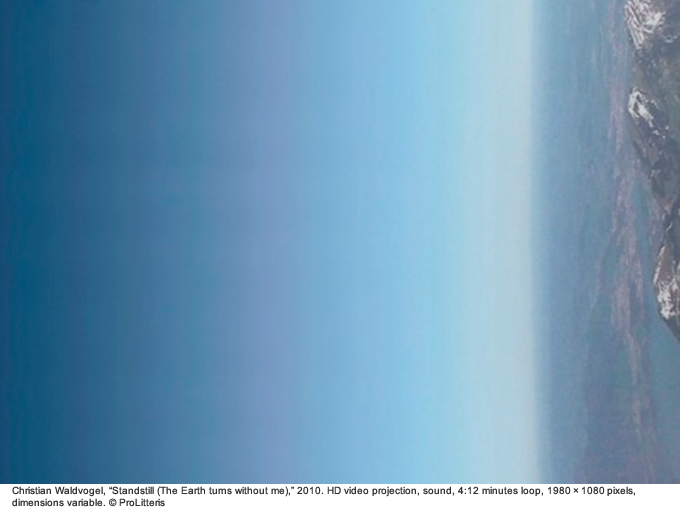 Christian Waldvogel was born in Austin, Texas, USA in 1971. He lives and works in Zurich. For his art projects, which bridge science and the arts, he frequently collaborates with professionals like mathematicians, architects, microbiologists, astronauts, pilots and physicists. In 2004, he represented Switzerland at the 9th Venice Architecure Biennale and received the Gold medal “Best designed books from all over the world” for Globus Cassus edited on this occasion. In 2011, his monograph Earth Extremes received the Bronze medal in the same competition. His work has been shown in lectures and exhibitions worldwide. He acts as a Co-chair in the European Space Agency’s Topical Team Arts & Science (ETTAS). He is represented by Herrmann Germann Contemporary, Zurich.

This solo exhibition is presented within the framework of the project If you find this world bad… which also features a survey of the famous International Science Fiction Festival in Metz (1976–1986) by art critic Hélène Meisel, and artworks by Claire Morel and Jean-Jacques Dumont.