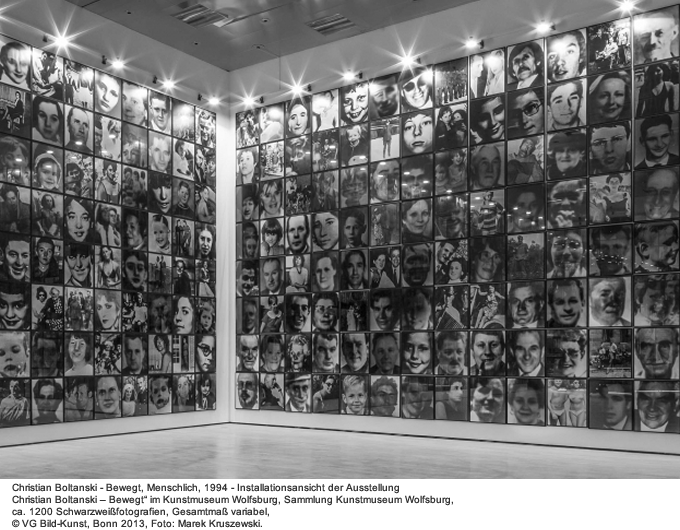 Memory and transience are Christian Boltanski‘s (b. 1944, Paris) major themes. The exhibition “Moved” focuses on an oversized kinetic installation that Boltanski conceived especially for the great hall at the Kunstmuseum Wolfsburg.

It follows on his monumental installations from 2011 at the Grand Palais Paris and on the occasion of the 2011 Venice Biennale.

For his new work, Boltanski has taken 190 large-format portraits on transparent cloth from his piece Menschlich (1994), a work characterized by the artist himself as “decisive” for his oeuvre work that is also in the collection of the Kunstmuseum and likewise a part of the exhibition. Boltanski assembled here 1,200 photographs from his portrait installations dating from between 1970 and 1994: people of various ages, genders, backgrounds, religions, social status and nationalities, but also offenders and victims. In other works from the exhibition, which extends to the museum’s Japan Garden, Boltanski deals with the disappearance of his own person and with temporality itself.

The Kunstmuseum Wolfsburg is accordingly showing the most extensive exhibition of Christian Boltanski’s works in Northern Germany in 20 years, an exhibition that inquires about life as well as death. 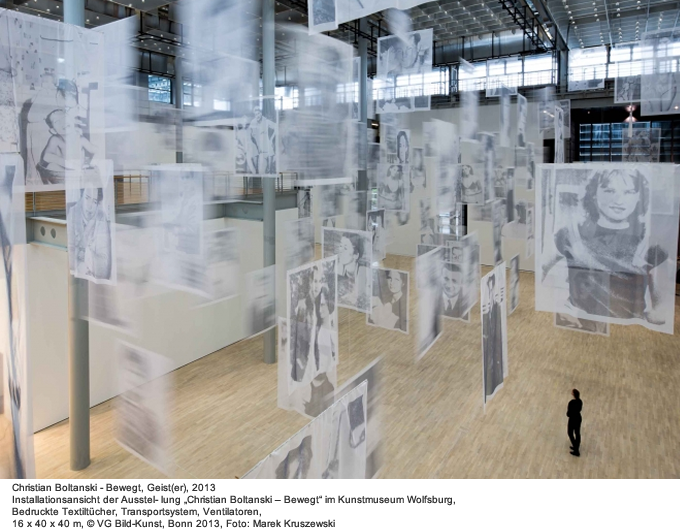