The East End in London is changing very fast. This is an area that in the next few years will dramatically change; if some decades ago it was one of the most ill-famed outskirts of the capital, starting from the 2012 Olympic Games it’s where new estate areas, new university buildings, new shopping centers are rising at a very fast pace.

The people that used to live here for many years had to cohabit with new groups – especially students and artists. Hackney Wick area is especially renowned for its vibrant artistic independent scene that since many years before this gentrification process and that’s why is so interesting to study what is happening here through the psychogeography lens.

The purpose of this field of research is to study “the precise laws and specific effects of the geographical environment, consciously organized or not, on the emotions and behavior of individuals” (as Guy Debord himself described it) and that’s specifically where we find Virtual Choreography, the new project by artist Rosana Antolì was hosted by Arebyte in the last couple of months; she researched the common gestures and behaviors of specific zones of Hackney Wick by asking different sectors of the community for their involvement.

Antolì mapped the area recording skateboarders, security guards, receptionists and basketball players, collecting gestures that are shown in the exhibition as video pieces, and a website where anyone can record and upload a new movement to the symphony of gestures. 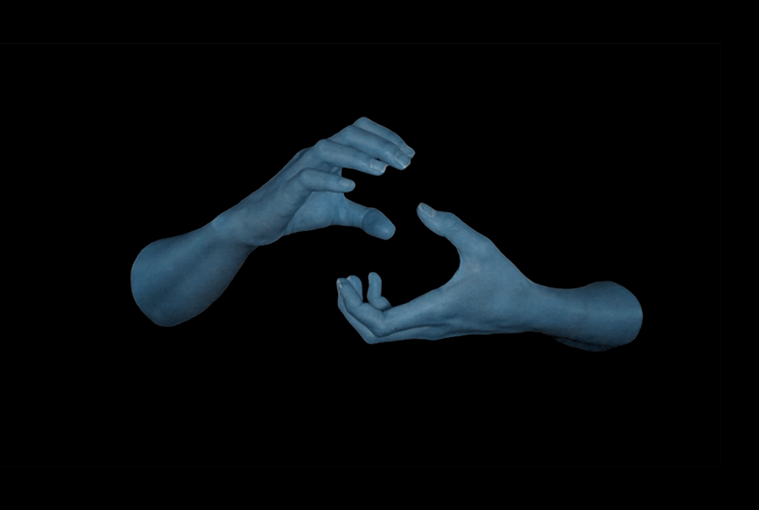 Filippo Lorenzin: Your statement says that your practice is on the intersection of “choreography, art and the everyday life” and this defines very well the background of Virtual Choreography. What struck me most is the attention you gave to aspects that are becoming day by day more endangered by marketing logics; language is probably the other most important communication system we employ on a daily basis and it doesn’t surprise to see how it has been affected by soft powers and companies to change our perception of reality and label what makes our environments. Your project comes in a moment when this is slowing happening to hand gestures as well and I can’t help but think there is a disruptive act in collecting gestures in order to preserve them before the flattening collapse of peculiarity. What do you think?

Rosana Antolì: Virtual Choreography departs from an understanding of gesture as an enactment of cultural inscription in the body.  This is not the first collection of gestures but it is the first virtual gesture map. The book “Chiromia” from Gilbert Austin in 1806 or for example the book that in 1644, John Bulwer – physician and philosopher- wrote: “Chirologia, or the Natural Language of the Hand”, where the speaking motions and the manual gestures of our everyday were compiled as an understanding of our cultural behavio

Gestures construct our identity, which can change depending on our environment and culture. Therefore, gestures have a political and social charge depending on their paradigm. One of the aims of Virtual Choreography is to be an archive of the everyday gestures we do in our daily routine, and through decontextualized them and repeat them they become purely movement or dance, and therefore this makes them absurd. This absurdity has an inherent reflection in how we move in our working hours also, and it has a social criticism in how we live or use our productive hours.

Suddenly people become aware of their gestures and can see how repetitive and non-sense our actions can be during our jobs, nearly close to this existential feeling where like Sisyphus we see ourselves pushing the stone up and down the hill. As you said, the city is changing, architecture is changing and therefore the way we relate to a context or we move.

At the same time, jobs or our role in them are not the same, everything is getting more technological but even in this way we move. Today, we move smaller parts of our body, like a finger to press a button. Our gestures have an evolution, and also they will keep changing in time and the place we are. For this reason I find that this project has also an archaeological value. 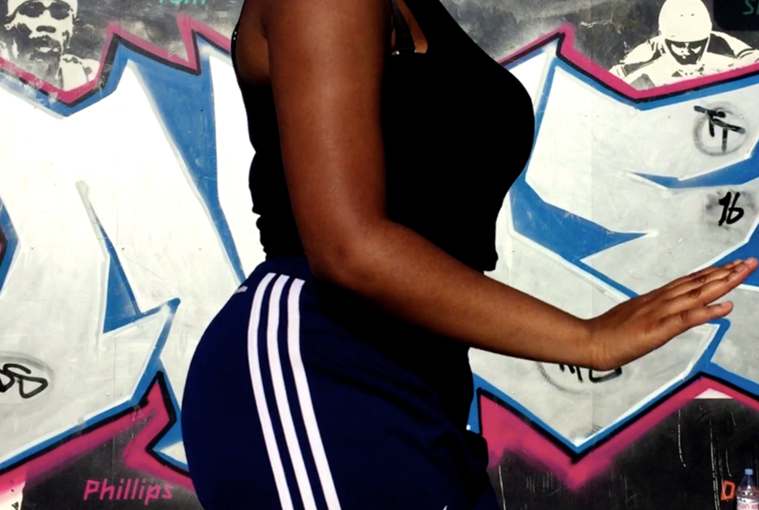 Filippo Lorenzin: Speaking of collecting gestures, I remember a project whose aim was to catalog and preserve the “lost art of kung-fu” by using 3D motion-capture technology; the concept of recording something vanishing is the same behind many other projects focused on the preservation – from the city of Palmyra to coral reefs. Artists are working on the implications of this approach for a few years and most of them focus their attentions on the political, colonial act of taking something for dying and record it employing processes that don’t take into account any special characteristic they could feature; I’d like to discuss the method you employed to record the gestures; do you think it is possible to collect in an ethical way some aspects of a community? Do you have to get the subjects aware of your presence if you want to collect real data, instead of staged information.

Rosana Antolì: I am aware of these projects you mentioned. In the case of Virtual Choreography the project has a direct relation with the community and me. There is an important part of it that is based on the process: I walk and map the whole area where I am going to work. I go with my camera, interacting with people looking for representation of different communities and different backgrounds and ages, colleting real data; therefore in this way I can have a very accurate representation of the neighborhood or city I am working with.

This part of the project has a performative nature, where the action of walking and the interaction creates a direct exchange with the locals, sharing the information of the project and inviting them to participate there. I am very much attracted to this idea you throw about collecting the impermanent, and I also see that my research in Social Choreography and its relation with performance has to have obviously a reflection about time, and the way we can register or collect it.

Performance always has this ephemeral characteristic inherent on it, and the intention of the recording it is still subject of discussion. For me the virtual platform opens a new path to work with it, challenging the physical space and time of an art exhibition. 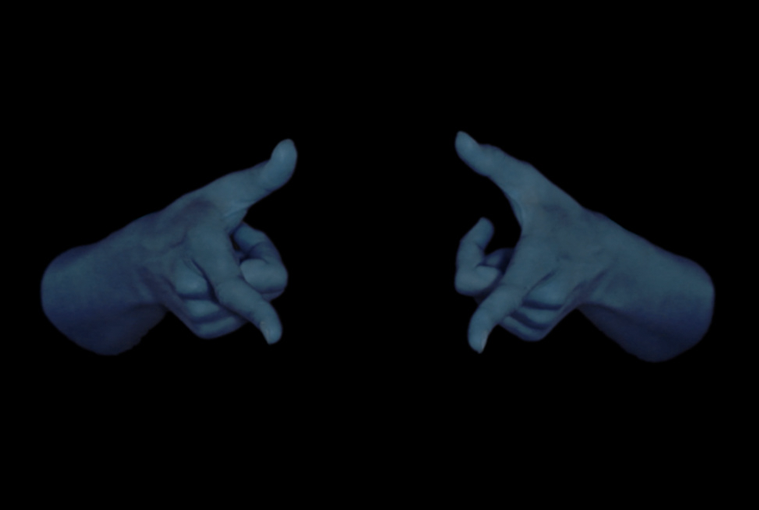 Filippo Lorenzin: How did you select the subjects to involve in the project? I’m asking this because I think it would be very difficult for me to not being influenced by the wish to show the most peculiar, interesting data, while unconsciously forgetting about many other common gestures. In other terms, how did you avoid collecting only weird, memorable, special information? You had to act as an anthropologist and this is tied to another question – you’re going to keep collecting daily gestures in other cities, so I wonder how you’ll refrain yourself from being influenced by preconceptions about their communities.

Rosana Antolì: The performative part of myself walking the streets day and night, have a part also of talking, knowing and research the area and people who live there before hand. I need to know how the neighborhood is constructed, how are the politics there and be as objective and analytical as possible to recollect as many and different representatives of the community. In Hackney Wick for example, I have gone through an extensive research of the area, learning about its story, present and future, and how they combine nowadays, treating it as the crystal image that Deleuze talked.

In London I have collaborated from break-dancers from the mall at night, to the employees of the shops or local businesses, to the artists living there, the priest of a catholic church, the young skaters, or basketball players, as example. I only can start to work when I have an area studied and I am able to understand its situation. 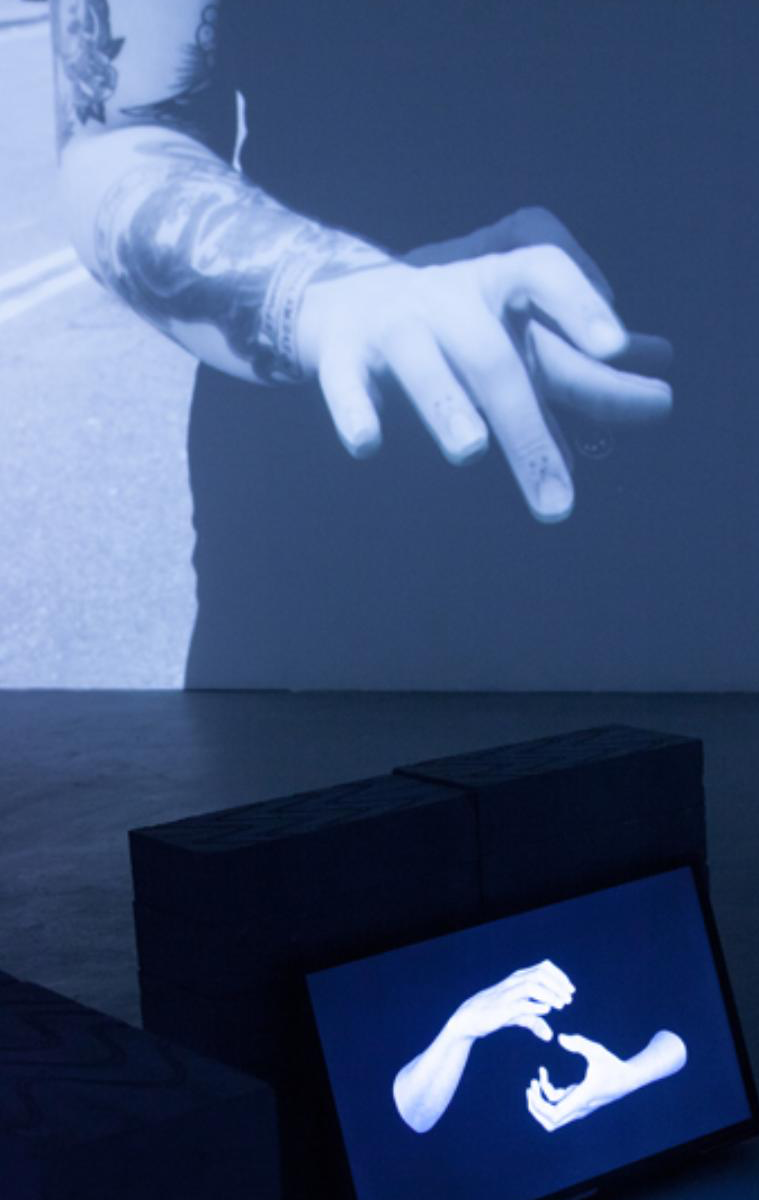 Now, I will bring the project to other cities like the Biennal of Kochin in India next year where I have been invited. For this project I will need to get familiar with the city of Kochin, ask curators, organizers and locals, for their help to frame, which will be my radar of action. There is also a part of the project which result is this website that works like an open-source database of everyday movements.

In this website the people can record freely their 1 minute Social Choreography, referencing Erwin Wurm 1 min sculptures, and people can upload the videos by themselves. People are the ones with the decision and direction of these gestures, and I have no control of how are choosing their gesture or how the camera is displayed. This part of uncertainty makes me very excited because the field is open for surprising results, and also Virtual Choreography become an organic being, open to received as many inputs as possible, and with not control on the way it is going to be growing.