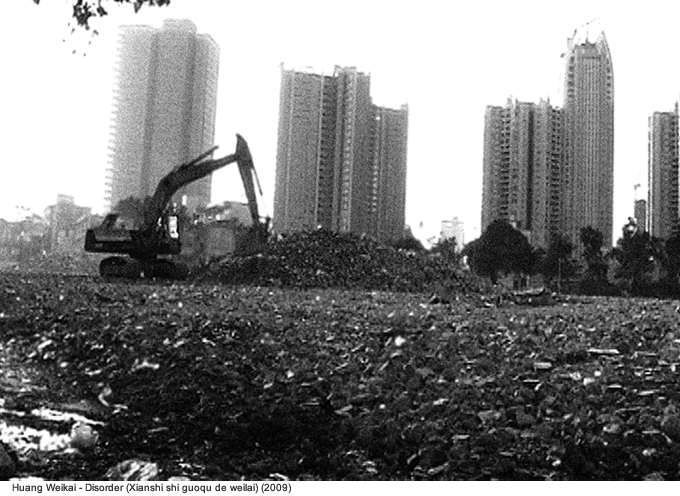 The Museum of Modern Art (MOMA) in New York has been exposiing in these days Chinese Realities/Documentary Visions, an exhibition that features nearly 30 films made between 1988 and 2013 that highlight the evolution of documentary practice in China over the past 25 years, revealing the growth and ever-increasing influence of nonfiction film and media as a mode of communication and expression in contemporary Chinese film and art, May 8 through June 1, 2013, in The Roy and Niuta Titus Theaters.

Amid China’s epochal transformations over the last two decades, new documentary aesthetics have emerged, as the cultural and societal challenges caused by China’s transition to a free-market economy compelled professional and aspiring filmmakers alike to capture new realities on screen. The selections, encompassing a wide range of Chinese film and media, including independently made films, state-approved productions, amateur videos, and Web-based Conceptual art, provide a vivid look into a society in perpetual transformation.

Working largely outside the state media apparatus, pioneer filmmakers like Wu Wenguang, Zhang Yuan, and Duan Jinchuan provided bracing alternative visions of both society and filmmaking, with an ethos based on direct observation of reality and uncensored personal expression. A featured guest of the series is Wu Wenguang, a major figure of the New Documentary Movement from its inception to the present. The series includes several films directed and produced by Wu, including his 1990 film Bumming in Beijing: The Last Dreamers (Liu lang Beijing), which captures a portrait of five artists eking out a life in the nation’s capital and represents the birth of the Chinese independent documentary movement. 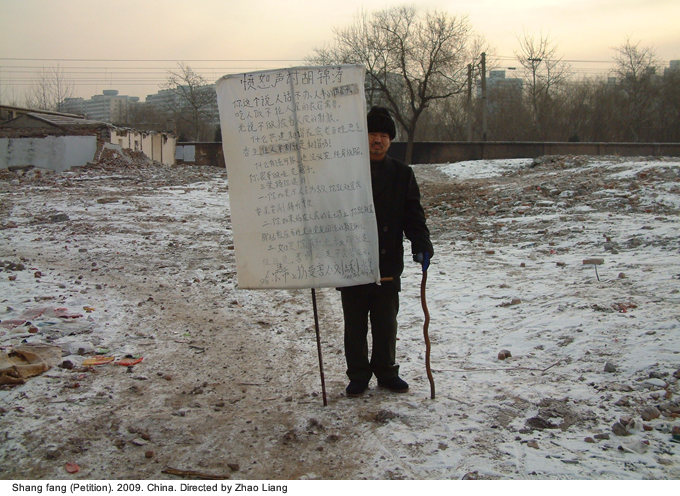 The film’s open, observational structure and handheld camera work are hallmarks of the movement today, as is its self-reflexive awareness of the documentarian’s role, with a sense of intimacy and solidarity between filmmaker and subject. Similarly, his groundbreaking collaborative film series China Villagers Documentary Project (Zhongguo cunmin yinxiang jihua) (2005) pursues the idea that anyone can become a documentary filmmaker by featuring 10 villagers from across China who were trained by Wu Wenguang and filmmaker Jian Yi to make films documenting electoral processes in their home villages. The project sparked a new model of Chinese participatory documentary, with community members depicting their own lives. Wu Wenguang will be present at the screenings to introduce and discuss his films.

The opening night film, Zou Xueping’s The Satiated Village (Jiu zu fan bao de cun) (2011), is a product of Wu Wenguang’s Folk Memory Documentary Project, which encourages amateur filmmakers to investigate the hidden histories of their home villages. The film is a follow-up to Zou Xueping’s first feature, The Starving Village, for which Zou interviewed residents of her hometown about their experiences during a famine that killed tens of millions. The Satiated Village follows Zou as she tries to screen the earlier film in her village, only to meet resistance from family and neighbors fearful of official reprisal.

The fascination with realism has informed the work of filmmakers as disparate as Zhang Yimou and Jia Zhangke and artists like Ai Weiwei and Ou Ning from the early 1990s to the present. The proliferation of the ―reality aesthetic‖ has led to more complex notions of what reality means and how it is represented. In Jia Zhangke’s 24 City (Er shi si cheng si) (2008), Jia explores the history of a state-owned factory being demolished to make way for a luxury apartment complex through nine documentary-style interviews. 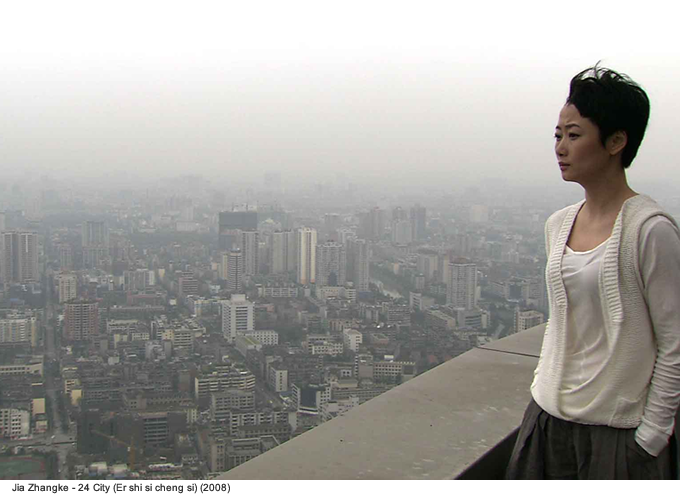 The exhibition also features several new works, with a spotlight on Pema Tseden, the most important figure in a new wave of Tibetan language cinema emerging in China. His 2011 film Old Dog (Lao gou/Khyi rgan) will make its New York theatrical premiere in a weeklong run during the festival. The film follows a young Tibetan as he decides to sell his family’s nomad mastiff, an exotic dog that fetches a fortune from wealthy Chinese. His aging father opposes him, leading to a series of tragicomic events that threaten to tear the family apart.

His third feature, Old Dog employs an observational documentary approach that soberly depicts the erosion of Tibetan culture under the pressures of contemporary society. Pema Tseden will be present at select screenings to introduce and discuss his films. 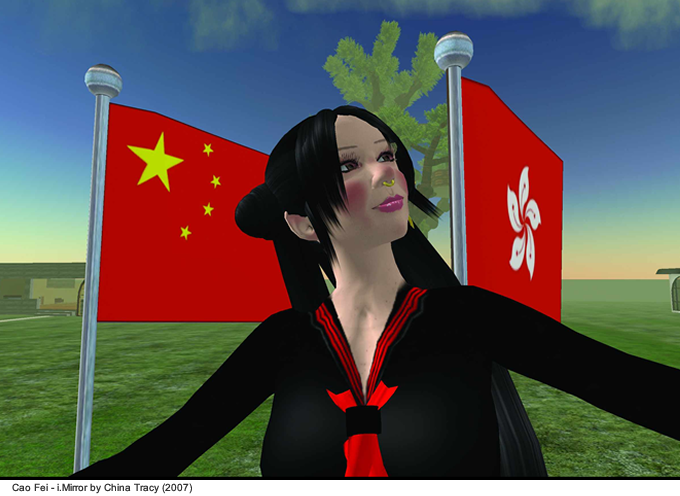 Other new features in the program include the North American Premiere of Longing for the Rain (Chunmeng) (2013), the fiction film debut by Yang Lina, one of China’s leading woman documentarians; the New York premiere of the award-winning When Night Falls (Wo hai you hua yao shuo) (2012) by Ying Liang; and Yumen, a ground-breaking experimental collaboration between Chinese directors Xu Ruotao and Huang Xiang and American filmmaker J.P. Sniadecki.