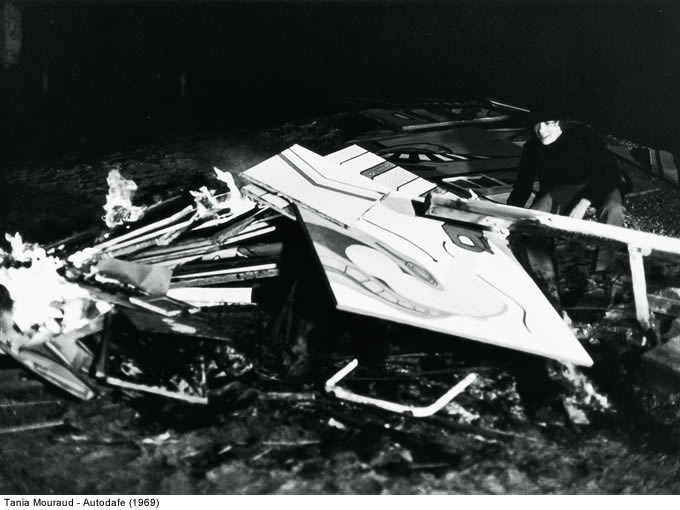 Centre Pompidou-Metz presents the first world-class exhibition entirely dedicated to the French artist Tania Mouraud in collaboration with nine cultural venues in Metz. Starting at Centre Pompidou-Metz, the show will then encompass the city of Metz and its metropolitan area from June 27, making it an unprecedented retrospective in both scope and form.

Tania Mouraud’s work has constantly evolved since she started creating in the late 1960s, alternatively exploring multiple media: painting, installation, photography, performance, video and sound. The first part of the exhibition at Centre Pompidou-Metz covers Tania Mouraud’s career and artistic practice, from the autodafe of 1968 ending her initial pictorial years and leading to her initiation and meditation rooms of the 1970s, up through her most recent works and monumental video installations. The exhibition highlights her tenacious career, marked by her encounters with prominent contemporary artists, as well as by her personal life story. Selected works unveil the portrait of a socially engaged artist.

The second stage of the event will take the visitor through the city to cultural sites including Arsenal—Metz en Scènes, Chapelle des Templiers, Église Saint Pierre-aux-Nonnains, Faux Mouvement, Frac Lorraine, Musée de la Cour d’Or – Metz Métropole, Toutouchic and Octave Cowbell galleries, and within the city’s urban space, to reveal emblematic works by the artist. A one-year cooperation with the school for fine arts (École Supérieure d’Art de Lorraine) allows students to participate in workshops. The repeated collaboration with Frac Lorraine has intricately linked Mouraud’s work to Metz since the 1990s, starting in 1995 with the acquisition of City Performance No. 1, and the monumental project titled HCYS? (2005). 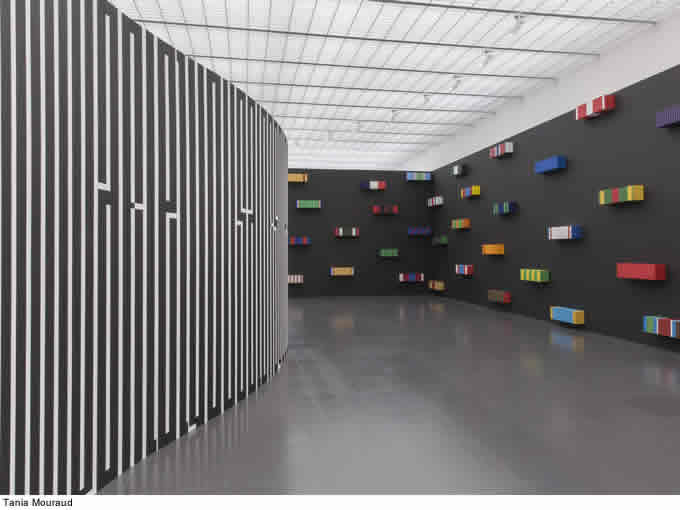 At the crossroads of art, literature and ethnography, this exhibition focuses on Michel Leiris (1901–90), a prominent intellectual figure of 20th century. Fully involved in the ideals and reflections of his era, Leiris was both a poet and an autobiographical writer, as well as an ethnographer and very close friend of many great artists and writers of his times.

Passionate about bullfighting, Leiris also enjoyed jazz, opera, pictures and shows. His literary oeuvre is among the most novel 20th-century literature. Michel Leiris revolutionised the autobiographical genre with L’Âge d’homme and La Règle du Jeu. His ethnographic research and methodology began when he participated, as an archivist, in the first French ethnographic mission to Africa, “Mission Dakar-Djibouti” (1931–33). Engaged in the anti-imperialism and anti-racist struggles from their start, Michel Leiris was a militant public figure, yet continued as a solitary writer until his death. 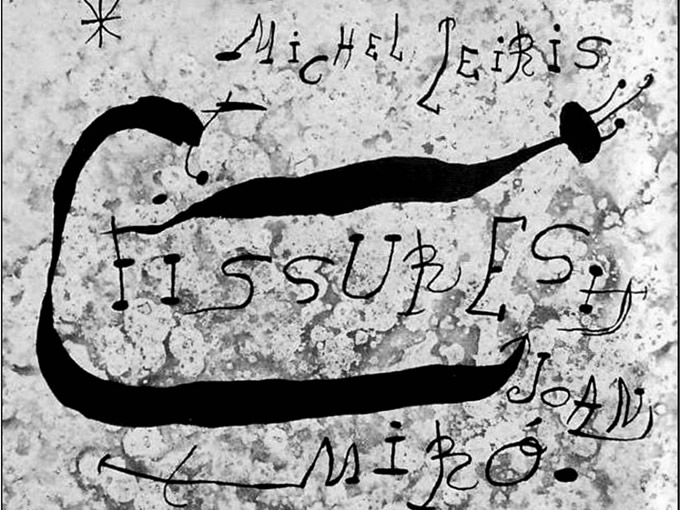 Encompassing nearly 350 works, including many masterpieces by his closest artist friends, African and Caribbean artefacts and works of art, along side archives and original documents (manuscripts, books, films and music), as well as the innovative aspect of his oeuvre and the pertinence of his ideas which, at a time of globalisation and post-colonial studies, have made him an essential contemporary reference.Opening hours (April 1–October 31): Monday, Wednesday–Thursday 10am–6pm, Friday–Sunday 10am–7pm