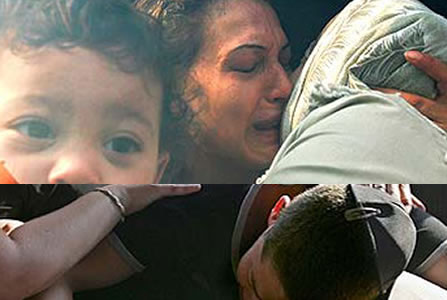 This a moment of opportunity in the Middle East. The attention of the entire world is now focused on the region, and there are calls from all sides to “solve the root cause” of the problem.

Images of the conflict in Israel/Palestine have haunted our televisions for decades. Experts agree that this painful conflict has helped to fuel the crisis in Lebanon, promote tensions between Israel and the Arab world, and been cited as a key justification for terrorist attacks by Islamic radicals on the US and other countries. In spite of this, for years there has been no concerted effort to restart an Israeli/Palestinian peace process, despite several hopeful signs and opportunities.

Right now a tragedy is unfolding in the Middle East. Thousands of innocent civilians have been killed or wounded in the bombings in Lebanon, Palestine and Israel and the death toll is rising every day. If the US, Syria or Iran get involved, there is a chance of a catastrophic larger war.

UN Secretary General Kofi Annan has called for an immediate ceasefire and the deployment of international troops to the Israel-Lebanon border, and been strongly supported by almost every world leader. This is the best proposal yet to stop the violence, but the US, the UK, and Israel have refused to accept it.