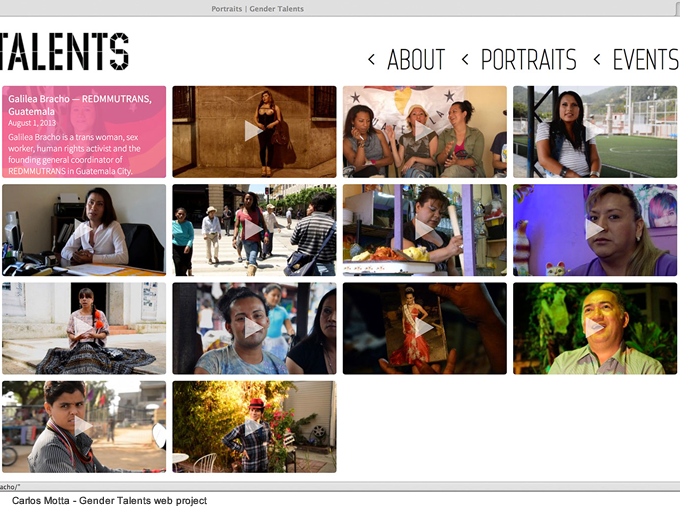 Creative Capital ha just launched Gender Talents, a web-based project by artist Carlos Motta that engages movements and discourses for gender self-determination within trans and intersex communities internationally. A launch celebration for the project will be held at the New Museum in New York on May 3 at 3pm, featuring a screening and conversation with the artist and guests.

Gender Talents features an online archive of video portraits of trans and intersex activists who thoughtfully perform gender as a personal, social, and political opportunity rather than as a social condemnation. Based on in-depth interviews conducted in Colombia, Guatemala, India, and the United States, the portraits expose the ways that activists challenge the bio-cultural “foundations” of society and question gender norms from the perspective of sexuality, class, race, ethnicity, and disability.

Gender Talents documents the ways in which society conditions and regulates bodies and how gender activists build politics of resistance and action. From Joggapa and trans communities in India, to sex workers in Colombia and Guatemala, to intersex activists in the United States, these individuals and organizations fight for state recognition, the right to self-determine their identities, self-govern their bodies, access to work, health benefits, and other pressing issues. 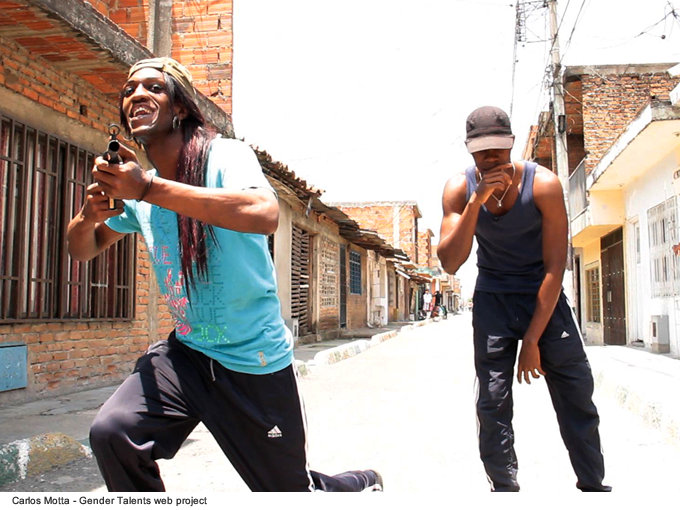 The portraits include Galilea Bracho (Red Multicultural de Mujeres Trans de Guatemala [REDMMUTRANS]), Valentina Riascos (Santamaría Fundación, Cali, Colombia), Amitava Sarkar (Solidarity and Action Against The HIV Infection in India [SAATHI], Kolkata, India) and Hida Viloria (Organisation Intersex International [OII]), among many others.  Please note that these LGBTI organizations accept donations that assist them to continue their important work. If you are interested in contributing financially with equipment or in any other way, visit gendertalents.info for instructions.

Gender Talents is also an ongoing platform for physical events that launched in February 2013 with the Electra and Tate Modern commissioned project Gender Talents: A Special Address, a performative symposium held at Tate Modern’s The Tanks, which used the manifesto as a structure to explore alternatives to the gender binary. Other events have included Gender Talents: Sexual and Gender Dissidence and Political Practices from REDMMUTRANS, a large gathering of Guatemalan trans activists and indigenous trans women, convened by the activist organization Red Multicultural de Mujeres Trans de Guatemala (REDMMUTRANS) and Carlos Motta, and held during the 19 Bienal de Arte Paiz; and Hips Don’t Lie, a choreographic intervention on the streets of Frankfurt developed by artists Camilo Godoy and Carlos Motta to challenge perceptions of gender performance in public space, presented by Künstlerhaus Mousonturm in 2014. 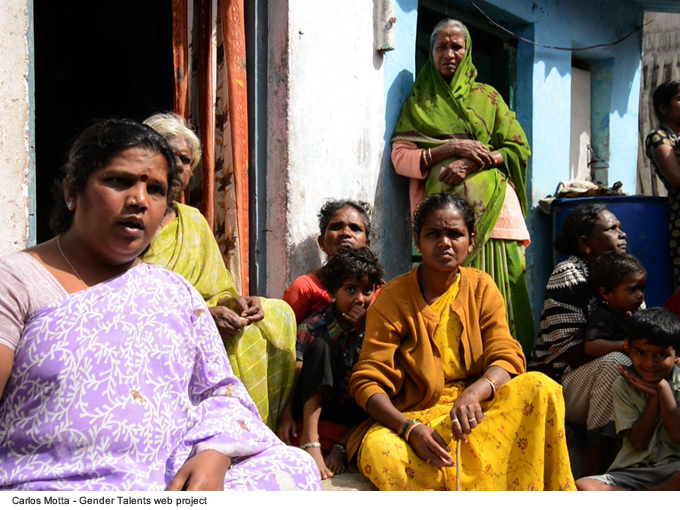 Creative Capital’s pioneering approach, inspired by venture-capital concepts, surrounds adventurous artists in all disciplines with the tools they need to realize their visions and build sustainable careers. Since 1999, Creative Capital’s awards program has committed 35 million USD in financial and advisory support to 465 projects representing 579 artists, and our professional development program has reached nearly 10,000 artists in more than 400 communities through workshops and webinars.