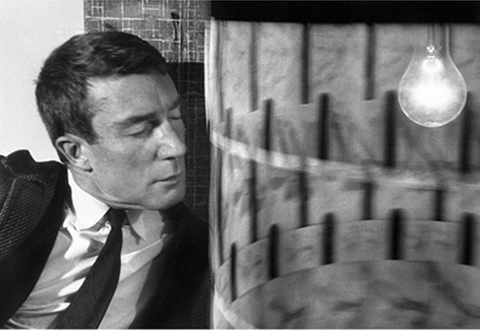 On this occasion, over 300 of his drawings, books, paintings, photocollages, films, slides and sound installations have been brought together at IAC.

Painter, poet and writer, Brion Gysin is famous for having developed the cut-up technique (1959) and “permutated poems”—both in conjunction with William Burroughs. A sound poetry pioneer, in 1961 Gysin also wrote the poem I Am That I Am.

Brion Gysin created with the student mathematician Ian Sommerville on the invention of the Dreamachine (1961), a landmark in psychedelic experimentation. The focal point of this exhibition, the Dreamachine is a light work using flicker effect that produces a visual and perceptual phenomenon. At a time when only scientists were taking an interest in innovative tools, Gysin was experimenting with nascent computer technology and magnetic tape as he pressed further down the trail blazed by his Permutations.

Defying classification, he advocated a radically interdisciplinary approach, and was one of the earliest practitioners of multimedia performances. Brion Gysin’s works subvert reality with experiments combining the perceptual and the poetic. A true precursor, he continues to influence visual artists, musicians and writers today. 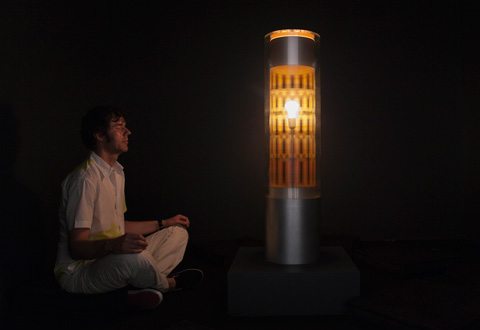 IAC has opted for presenting this historic Brion Gysin exhibition in the context of its Brain Space Laboratory. The experimental aspect of Gysin’s oeuvre, and in particular of that key work, the Dreamachine, coincides with the Laboratory’s concerns and helps fuel its research from both a historical and future-oriented point of view.

Opened in June 2009, the Brain Space Laboratory uses artistic experiments to examine theoretical and practical research into the connections between space and the brain. This interdisciplinary laboratory collates ideas and experimental work from artists, scientists, philosophers, and anthropologists, as well as from theoreticians and historians of art.

Taking Brion Gysin’s Dreamachine as its point of departure, Station 4 looks into artistic experiments based on stroboscopic effects and their impact on neuronal perception.