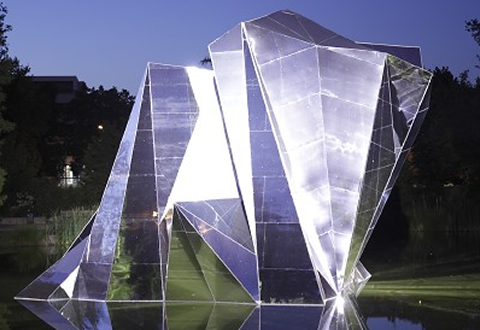 Seven artists will sharpen the awareness of the urban space and the municipal surroundings with their fascinating interventions of light art on the Oker River moat at night.

With its Light Trail 2010, Braunschweig offers for the third time a unique blend of contemporary art and public space. Following the Light Trail Bridges over Coloured Water 2000 with over 500,000 visitors, and the Braunschweig Trail in 2004, a third major public art project is being realized in Braunschweig/Brunswick, with artists choosing their own locations along the 7.5 km long course of the River Oker.

This summer, nature, architecture and technology will once again forge fascinating and almost surreal links – in a manner of which only art is capable. The emphasis is again on the River Oker, with its banks, its parks, its ponds and its lakes – and of course its bridges, which once more have an important part to play as symbols of the city’s history and as ‘river landmarks’ along the way. For three and a half months this summer, visitors will be guaranteed many new experiences and also rediscoveries by viewing the art works in their natural local setting and consciously sensing and detecting the special topography of Braunschweig’s Oker area.

After all, the city of Henry the Lion can boast such an enchanting melange of waterways and green vegetation. The artists have drawn their inspiration from this idyllic situation and have integrated their works into their natural environment as signals along the course of the five-mile stretch of water. Their installations seem to create an organic symbiosis with the environment and engage in sculptural dialogues with their locations. 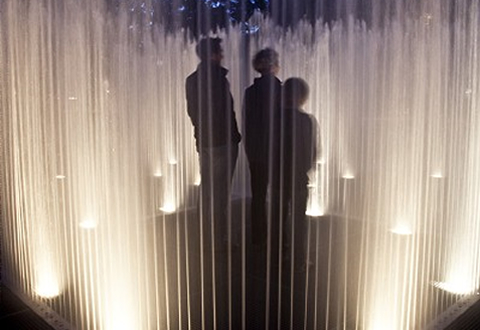 For these locations the artists have created new art works: Thomas Bartels, Rainer Gottemeier, Jeppe Hein, Jan Kőchermann, Susanne Rottenbacher, Christiane Stegat and Arend Zwicker bring about sensuous effects by means of the interplay of light and water, motion and ambience. The artistic presentations are supplemented by the two existing bridge installations Arch of Remembrance by Fabrizio Plessi from the year 2000 and Evocation in Red by Yvonne Goulbier, which became permanent features in 2008. The art works which will light up the Braunschweig nights in the coming months will be gone by the end of the summer.

LIGHT-CulTOUR along the 3rd Light Trail 2010 on foot or by Segway, bicycle, or boat. For individualists an audio guide in MP3 format will be available to be downloaded from the Internet free of cost, and can be transferred to a mobile phone or MP3 player.