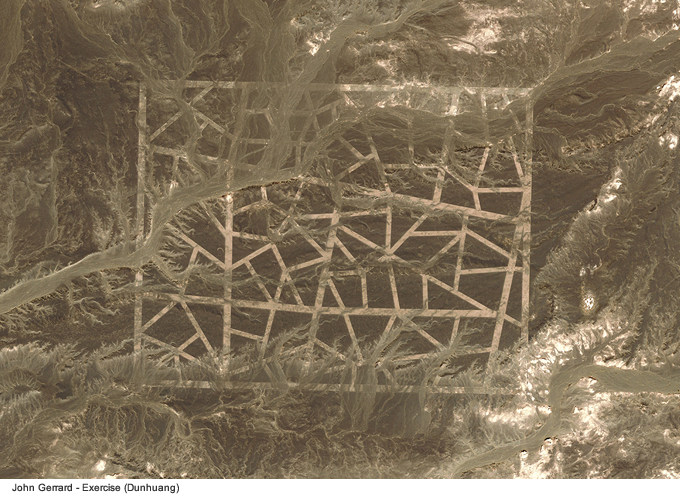 The exhibition Boolean Expressions explores the ways in which artists use mathematical ideas and systems in their work. From hand-drawn notations to the binary codes and complex algorithms that shape digital experiences, the exhibition considers the impact of big and small data on contemporary life, and the creative synergies between artistic and scientific thinking.

Throughout the exhibition, the processes of calculation and computation used by mathematicians are expressed in formal exercises, with artists using numbers, geometric forms and mathematical data to create works of art.

Boolean Expressions opens with a mathematical exercise handwritten by George Boole, the first Professor of Mathematics at UCC and a pivotal historical figure once described as the “father of the information age.” Boole’s elegant script is now a historical document, but it finds contemporary resonance in Exercise (Dunhuang) (2014), the mesmerizing digital world created by artist John Gerrard that visualizes, and indeed humanizes, the algorithms and data driven decisions that underpin our information society. Gerrard’s simulation is presented in three brass boxes hung directly on the gallery wall, recalling the austere sculptural forms of Donald Judd and the geometric configurations of Minimalist artists. 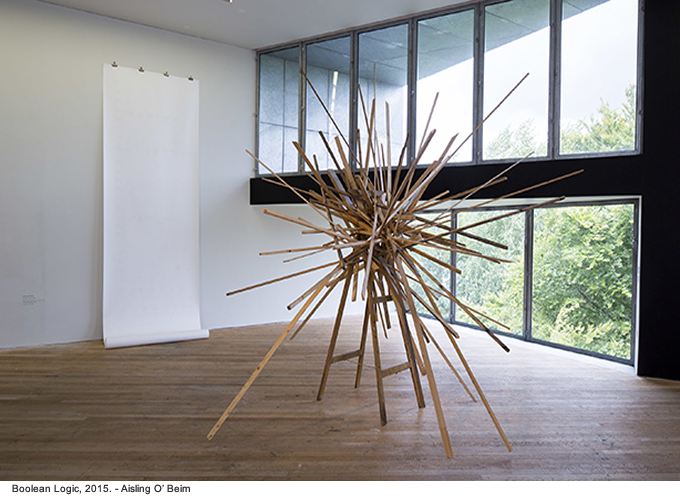 Since the 1960s, artists have actively sought to convey meaning through specific conceptual propositions rather than illustrative representation. Hanne Darboven belonged to this first generation of artists who used numerical systems and notation to measure her everyday activities. This rigorous approach also informed the practice of her close friend and peer Sol LeWitt. The show presents one of LeWitt’s celebrated wall drawings, which transforms the architecture of the Glucksman into a field of grids, arcs, circles and patterns according to a precise set of instructions.

Mel Bochner’s seminal conceptual artworks of the 1970s explored mathematical ideas through seemingly simple gestures and humble materials. Bochner’s Meditation on the Theorem of Pythagoras and a set of related drawings demonstrate his abiding interest in mathematics, with their diagrammatical sketches, algebraic formulas, and scribbled over equations.

Matthew Ritchie’s practice explores similar ideas, and for this exhibition, he has produced a new series of prints that respond to Bochner’s drawings. In Lynne Woods Turner’s series of Untitled drawings, meanwhile, sparse lines and shapes are meticulously rendered in graphite and gouache on parchment paper, revealing a deep understanding of complex structures, bilateral symmetry and repeated motifs.

Aisling O’Beirn’s Boolean Logic uses algebra to construct a structurally stable assemblage of salvaged timber lengths. Handwritten notations on a large roll of drawing paper record the artist’s attempts to adhere to logical rules in the creation of the sculpture. Darren Almond’s paintings portray sequences of numbers, fractured and fragmented by the artist’s use of several distinct panels to create large black-and-white compositions, the results reminiscent of flip-style clocks. 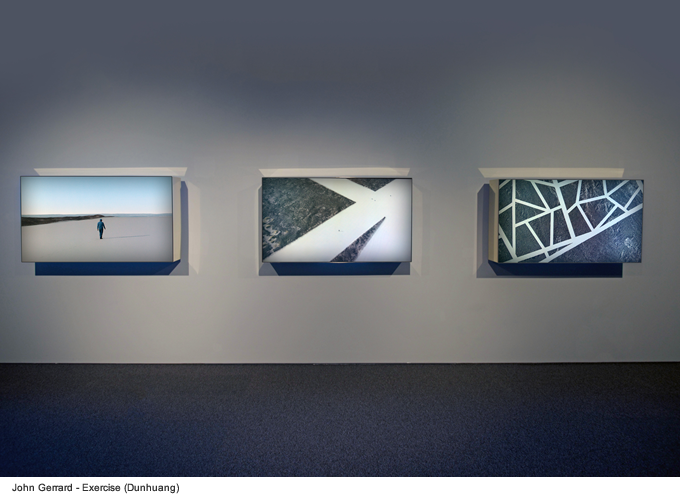 In Aram Bartholl’s work, the CAPTCHA codes used for online password verification become sculptural objects. Bartholl’s interest in more permanently capturing the ephemeral elements of the digital world is also seen in Tatsuo Miyajima’s glowing LED pieces, in which numbers flash in continual cycles and suggest the relentless calculation inherent in computer data banks. The technology, already becoming obsolete, generates a philosophical reflection on time and being, on the finite and infinite.

Boolean Expressions features a programme of free public talks exploring art and technology and the exhibition is accompanied by a publication featuring essays by Lucy Dawe-Lane and Brian Fay.