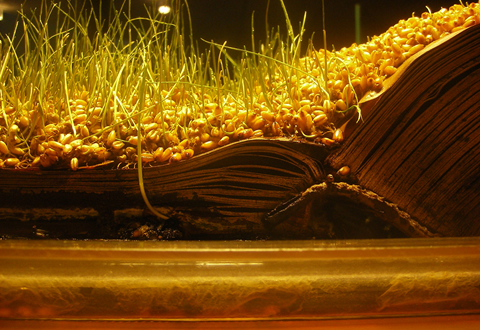 The binomial Body Nature refers to nature understood as a body, but also to the body in the normal meaning of the word, made up of nature and immersed in nature: a living and communicating agent in the world. Thus the works in the exhibition are characterised by the almost exclusive use of biological materials (DNA, proteins, cells, bacteria) as media. Bringing into play the most recent biotechnological research, Neira and De Menezes aim to underline how much the body has in common with the rest of the living world, thanks to their common organic components. If man and the world share the same nature, the body is none other than the filter through which inner and outer dimensions can communicate.

Until recently, artists used biology and the biotechnologies, for example the latest developments in plastic surgery and tissue engineering, for purposes of provocation (Stelarc, Orlan). But today these disciplines simply comprise a tool with which they express themselves, rather than the central theme of their works. Filtred through laboratory instruments typical of science, the worldviews they present are narrations that speak of existence, that is of being – through the biological body – in a precise context. Proteic Portrait, the principal installation by Marta De Menezes (1975, Lisbon; her first exhibition in Italy) is presented as an artist’s atelier, a place of creation and experimentation.

It is a full-scale laboratory in which artistic experience meets scientific experience, and each is functional to the other to create mArta, a proteic portrait of the artist.The study of chemical and organic mechanisms also underlies Functional Portrait, recorded magnetic-resonance images of the artist’s brain as she engages in a specific activity.

Again made using medical instruments such as NMR, Somato-Landscape by Dario Neira (1963, Turin) is a scan-selfportrait that offers an “minimal” self-image, essential and organic and yet still capable of narrating the subject’s emotions and intimity, including that of the psyche. In this same direction, Neira’s works tell of a third nature, a dimension that constitutes the union of art, science and the sacred, since human beings, aware of their body processes and mechanisms, have always wondered about the mysteries of existence and of death. Thus it is that, in the PAV courtyard, we find Claustrum, a sound installation on the world of the spirit that, conserved in the body and in the mind, develops artistically through a fragmented narration, an emotional progress marked out by words taken from Le Ceneri di Gramsci, read by Pasolini himself. 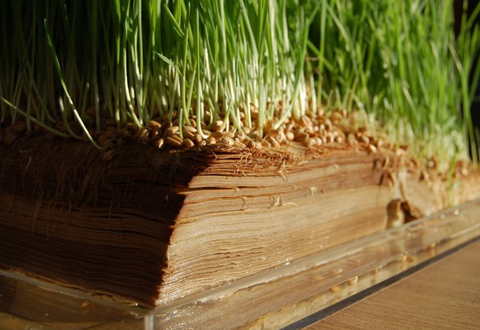 In the greenhouse, PAV’s main area, the works by De Menezes and Neira are flanked so as to weave a common matrix, an affinity that goes beyond tools and subjects that, apparently similar, blur the categories of male and female gender. The close relation between the works may be glimpsed from the artists’ vision of reality, as careful as it is critical, that pushes both of them to investigate the ethical problems raised by the medical and scientific practices used and, more in general, by the way in which they become part of society.

Marta De Menezes, Saturday February 5th 2011, will also lead visitors to PAV in a Workshop_19/Coltivare Cultura, a laboratory experiment to discover the territory of organic matter that comprises and builds the body: for many new and in some ways disturbing. The workshop is part of a series of activities, organised by Orietta Brombin, in which artists engage in projects directly and jointly with participants. During the entire exhibition period, the PAV educational staff will also hold TATTOO, a laboratory for schools and groups.

This activity, which rediscovers the analogies between natural signs and the typical stylistic motifs of traditional tattooing, gives an opportunity to participate in themes that are central to the exhibition: lab@parcoartevivente.it.