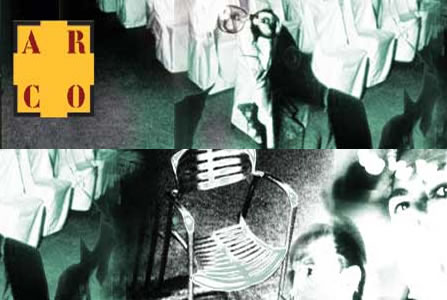 The contemporary world is unequivocally transdisciplinary. So much so that the interaction between art, science, technology and society is accepted as a genuine path for the exploration of innovations and inventions in the territory of the arts, and as a path to provide support to a debate exploring, anticipating and critiquing possible futures.

And along this path several perspectives begin to emerge. To provide a few examples, we have nanotechnology (Victoria Vesna), genomics (Eduardo Kac), robotics (Stelarc), neuronal algorithmic systems and molecular biology (genetics, cultural weave, hybridisation, etc.), which are fused on the boundary between models of the mind and consciousness and propose a dialectic gaze able to bring together quantum coherence and age-old spiritual models.

In fact, we are already quite some way down this path. At a time in which the modification of the body (whether prosthetic or merely aesthetic) has been institutionalized, in which assisted procreation, gene therapy and cloning (and even the conception of the cyborg), invade the collective imaginary and everyday language, it turned out that the biotechnologies on which they are based are pushing forward the frontiers of artistic creation even further than what had been previously achieved by micro-computing when it inspired the birth of net.art and virtual worlds.

Biotechnologies brought about Biotechnological Art or BioArt and, with it, a concretion of the virtual in the living, posing several questions of which we had no previous inkling. From the perspective of the History of Art we perhaps ought to ask ourselves questions of the calibre of: How will biotechnological innovations be applied to the field of the arts? What is the place in today’s world for the chimeras and monsters dreamt up by these new bio-artists, chimeras and monsters which incarnate the fears and hopes of a society embroiled in bioethical debate? What responsibility can be assigned to artists experimenting with the living? Jeremy Rifkin has even claimed that, inasmuch as an artistic form, the genetic genius incarnates all the wonder of the new post-modern thinking that has revolutionised the perception of our existence itself. Whether we agree with Rifkin or not, the truth is that BioArt is here to stay.

It has existed ever since artists decided to exchange their studios for medical laboratories. And it exists ever since these artists decided to change the support for their work and the uman skin, ovules, butterflies and even DNA and cellular heritage. Bio-artists, whether accomplices or transgressors, deconstruct and decompose living beings in order to recreate them. From the perspective of
art, they question and challenge us on our relationship with the living.

Among the pioneers is the Brazilian-born, US-based artist Eduardo Kac, whose transgenic bunny Alba came about from the crossing of the genes of a jellyfish and a rabbit embryo, and is the first living chimera. The Worry Dolls by SymbioticA (Oron Catts and Lonat Zurr) are even more spectacular given that they use molecular biology to produce art from the semi-living. This work consists of seven dolls made from real human tissue cultivated in a laboratory, each one representing a human fear. From a biology laborator in Holland, the Portuguese painter Marta de Menezes managed to draw motifs on the wings of insects: and thus she came up with Nature? (creating butterflies with modified wing patterns). Or Joe Davis, who abandoned architecture for molecular biology, and is now developing artistic molecules with the idea of introducing written messages or graphic symbols translated in DNA code to living cells, and thereby touching one of fundamental taboos of human culture: the message written in our DNA.

Much more than foreshadowings of future, the future is already here, the future is now. Including a cycle exploring the issue of Biotechnological Art within the 4th International Contemporary Art Experts Forum will further consolidate ARCO’s leadership in art theory among the world’s major contemporary art fairs.