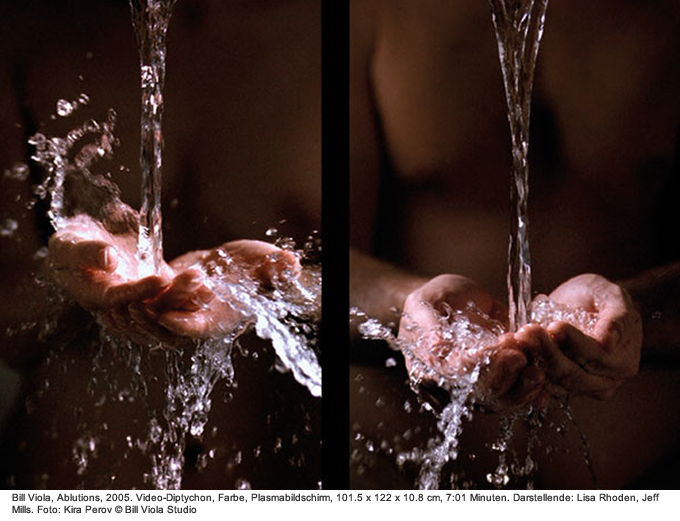 Bill Viola (b. 1951 in New York) is generally seen as one of the leading international representatives of video art. For over 30 years he has been working with video tapes, video installations, sound environments, electronic-music performances and TV productions.

In 1995 and 2007, Viola’s presentation of his art at the Venice Biennial was highly acclaimed. It therefore comes as a surprise that since his first solo exhibition in 1993 at the Musée des Beaux-Arts Lausanne his work has only been shown in group exhibitions in Switzerland. This solo exhibition will change this situation and will be taking place both at the Cathedral of Berne and at the Kunstmuseum Bern.

Viola’s video installations totally embed the viewer in a world of images and sound, using the latest in technology so their precision and power of imagery is as perfect as it can get. Since the early 1970s, Viola investigated video as a medium for pursuing the phenomena of sensory perception as a path toward self-knowledge. His work is based on responding to the fundamental experiences of human existence such as birth, death and awareness, and also how this is reflected in ancient spiritual traditions, documents and art of the East and the West, including those of Zen Buddhism, Islamic Sufism and Christian mysticism. Viola made a huge contribution toward establishing video as a key medium of contemporary art and thereby expanded its scope in regard to technology, content and historical contexts.

Already in the early 1990s, the Kunstmuseum Bern purchased works by Viola and thus firmly established this video-art pioneer in its collection. The four pieces selected for the exhibition — with one or two video projections per room throughout the museum — demonstrate by means of landscape observations, Bill Viola’s investigation of media-specific perception and represent a phase of transition in which the artist develops a growing fascination for existential and spiritual questions. 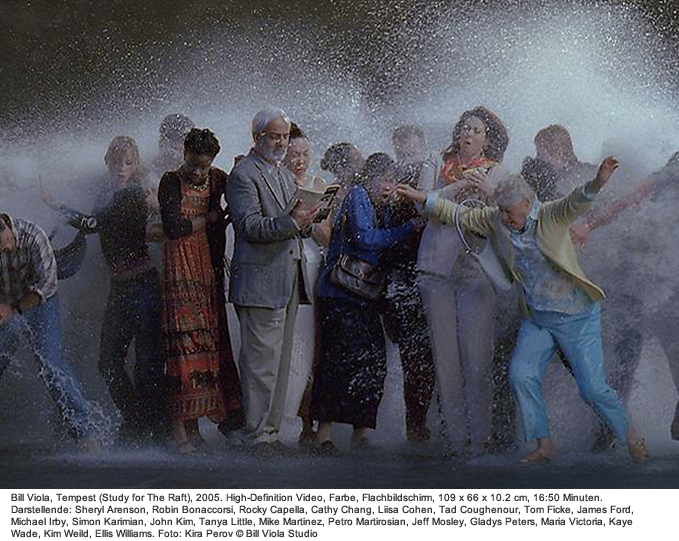 Five of his more recent works will be on show at the same time at the Cathedral of Berne and are devoted solely to spiritual and universally human subject matter. They illustrate people and interiors in symbolical acts, thereby referencing liturgical rituals with their universal meanings of cleansing, transformation and human compassion.

Exhibited Works at the Kunstmuseum Bern 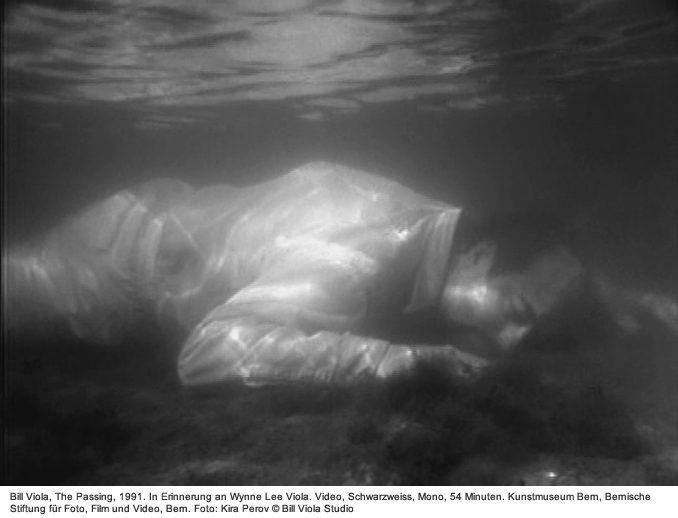 Exhibited Works at the Cathedral of Berne