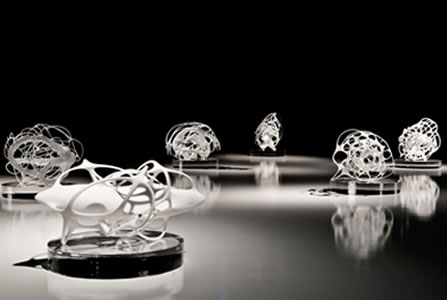 On Thursday July 9, 2009, at 3pm, the ninth edition of Beyond Media, international festival for architecture and media, will open at the Stazione Leopolda in Florence, Italy. It includes a rich program of videos, exhibitions, and a symposium in which the protagonists of the international debate on media in architecture will participate. A plurality of overviews on architecture and its ever more intense relation with diverse media will be debated. The festival is open to the public through July 17.

The theme for the ninth edition of the festival is “Visions”. It is dedicated to the conceptual visions produced by architects, the forms and the limits of various media, and the effectiveness of their expression in interpreting the needs of the architectural project to detach itself from the present and look beyond . Says Marco Brizzi: “It seems that, in the last few years, contemporary architects have lost their ability to pursue grand visions and to construct a broad outlook that engages complex transformations of the built environment. They are unable to construct thoughts and a conscience beyond that which is usual, empirical, and visible. The massive production and consumption of architectural images has resulted in a greater proximity to design issues by the general public. But at the same time, images alter the way people conceive of architecture, and they affect the ability and the opportunity to generate visions, and hence theories, that are deeply rooted in our time and, at the same time, receptive to new, possible scenarios.”

In its previous editions, the BEYOND MEDIA festival explored the changing conditions of intimacy and publicity of the architectural project (“Intimacy“, 2003) and focused on the various forms of writing produced by contemporary architects and critics (“Script“, 2005). With “Visions”, the Beyond Media festival considers topics including figuration and representation, and will propose effective visions that may be useful in constructing a framework for the future.

The theme was conceived by the festival’s curator and shared by the wide and qualified festival’s advisory board. Its objective is to question popular convictions about the use of assorted media in architectural practice. A diverse group of experts in many disciplines will be involved: recognized architects and designers, journalists, writers, artists, philosophers, and graphic designers will participate in the talks and discussions. Videos will be presented and discussed; exhibitions will be set up for the occasion. 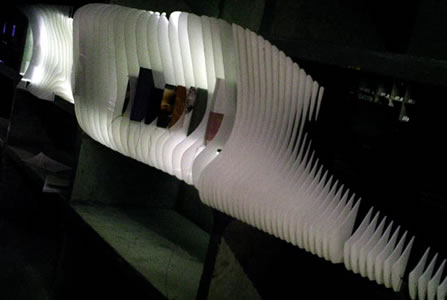 The symposium , curated by Pietro Valle (Stazione Leopolda, July 9 to 12) will address the conference themes in 6 panels. Twenty-five internationally recognized architects, critics, artists, historians and scholars have been invited to take part in the debate. They include Peter Wilson , Tony Fretton , Derrick De Kerckhove , Beatriz Colomina , Marcos Novak , Ruggero Pierantoni , Paul Polak , John Frazer , Alberto Garutti , and Mario Carpo . In the tradition of the festival, a program of 80 architecture videos (selected from over 600 international submissions) will be presented and on public view in order to construct an understanding of the issues that represent the world’s architectural thought and production, that interpret the potential of the audio-visual medium and qualify the architectural discourse.

Special recognition will be given to three noted practitioners of contemporary architecture, “The View Master ” , who in different ways demonstrated peculiar and fertile employment of video: UNStudio , Zaha Hadid Architects , and MVRDV . The exhibitions “Urban Visions ” , curated by Michele Bonino, and “Spot on Schools ” , curated by Paola Giaconia, will present the results of a selected group of distinguished, international investigations carried out in 10 cities and 19 architecture schools .

The “Prime Visions ” workshop, especially conceived for children, directed by the Spanish team, Que es arquitectura? , and organized in collaboration with the Istituto degli Innocenti in Florence, will offer to the youngest in the audience the possibility to explore architectural space. n addition, a series of special events that range from the reinterpretation of the famous exhibition “Italy: The New Domestic Landscape” (MoMA, 1972) to a debate on the remarkable case of the “Koolhaas Houselife” film by Bekafilm.

With Visions, the Beyond Media festival will encourage reflection and comparison, will promote discussion of emerging issues, and will involve young architects and artists who are active in the construction of contemporary architecture. The event has been constructed to promote imagination and collegiality. Squint/Opera will welcome the public at the entrance of the Stazione Leopolda with a VISIONS-themed installation; Antonio Piccirilli , together with NABA , will interpret the festival theme with the magic of a light installation; zpstudio has designed a “Tavolo della condivisione” (an Italian expression which suggests the idea of “sharing our visions around a table”). The table, located at the core of the exhibition area, is a place where the protagonists of the event will gather together with the guests and the public to share food, ideas and visions.

Curated by Marco Brizzi and organized by Image (www.image-web.org), the festival takes place in Florence since 1997. It explores the relations that exist between architecture -the protagonist of the construction of cultural fabric, of new economic scenarios and innovation processes- and the media which, in turn, develop a series of fields of intervention, of skills, of research ambits around architecture. 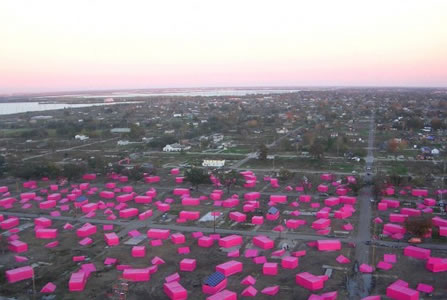 Mission of the BEYOND MEDIA festival is enhancing and qualifying the architectural discourse in all of its expressions. In particular it aims at promoting the emergence of a new agenda for contemporary architecture by means of a more widespread awareness of the role of the media of communication in the professional as well as in the didactic field. Architects, video authors, experts in the field of communication, creatives, scholars, and teachers are offered the opportunity to meet, observe and discuss the most significant paths contemporary architecture is following.

The ninth edition of BEYOND MEDIA presents 80 videos selected out of over 600 submissions . The showing of videos on architecture has constituted an important part of the festival’s program since its first edition in 1997. Throughout the years, the occasions for the presentation of the videos on architecture have increased significantly along with a heightened awareness of this communication tool’s great potential and a widespread interest in the medium. Video, until very recently, was often confined to the restricted and private use of architecture studios or within the single showings of specific expositions or events; while today it is opening up to a new and unexpected propagation thanks to the development of tools for sharing that gather a strong interest and growing frequentation. It is hence being confirmed as an audio-visual phenomenon , developing a central role in the active observation and study of contemporary architecture.

The videos which will be screened at the Stazione Leopolda in Florence, July 9 to 17, describe an extensive panorama in the most qualified audio-visual productions in architecture which have been collected in the last years by Image ARCHIVE , the structure which is strongely related to the BEYOND MEDIA festival.

The VIEW MASTERS is a space within the BEYOND MEDIA festival which is dedicated to the observation of video works produced by some architecture offices who in different ways demonstrated peculiar and fertile employment of video. For their vocation, these offices have been recognized by Image ARCHIVE (www.image-web.org/archive) – the structure specifically devoted to collecting, preserving and advancing architecture videos – as illustrative cases where the design of projects itself is enhanced by the video communication of its contents .