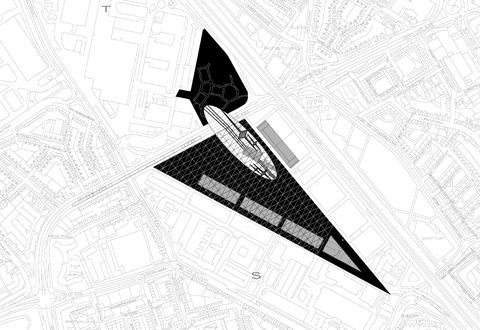 Five years after several hundreds of migrants managed to climb the

fences that surround the Spanish enclaves of Ceuta and Mellila it is
time to evaluate again the impact of the events of the end of September
2005. What then was coined as a “storm on fortress Europe” by the
mainstream media might well have marked the beginning of a subtle
redesign of the European outer borders.

John Palmesino and Florian Schneider, advising researchers Design at the
Jan van Eyck Academie, Maastricht (NL), will discuss how in the presence– as well as in the absence – of a scandal, new forms of participation,
neutralization and caretaking become the constitutive elements of a
border regime that operates beyond the patterns of inclusion and
exclusion and how this matters for contemporary design practices.

BETWEEN is a new series of events at the JVE Design department. For each
session two guests are invited to exchange thoughts and experiences
about a certain problem and from different points of view, analyzing
complex issues of redesigning parts of the world for the 21st century.

BETWEEN #1 starts on Friday, 17th September at 16:00 hrs at the JVE. The
session will be followed on Saturday by a presentation of the new
research projects in the Design department. Applicants for the projects
are welcome to join an informal debate about the goals and methodologies
of these projects. 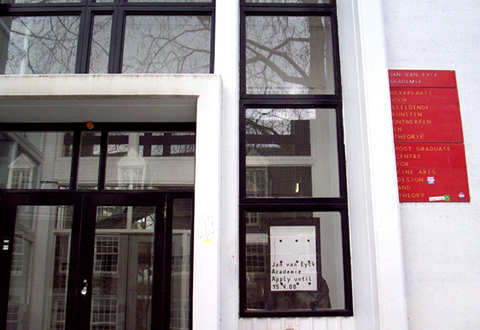 Candidate researchers in the Design Department are invited to propose
projects according to one of the new initiatives started by the
department:

FORBIDDEN CITY. Strijp-S is an urban development plan that tries to
transform the 66 acres of the former Philips factory in Eindhoven from a
‘forbidden city’ into a ‘creative city with an unequalled character’.
The project is a visual research into new divisions of labour that
emerge when heavy industries and mass production are replaced by what is
coined as cognitive, immaterial or affective labour.

LATENT STARE. Exploring the practice, methods and messages of
type-design, *Latent stare* proposes a gathering and study of selected
typefaces and stories, from the 1900s onwards – when technology had
accelerated and begun to affect the production and distribution of new
types. The selected material is affiliated to a political, social or
spiritual set of beliefs that feed back into the typefaces’ creation,
design and/or use.

NEUTRALITY_Polity and Space in the Post-Eurocentric City researches the
modalities and substances that contemporary practices of neutrality give
rise to and contribute in sustaining. The project aims at outlining
innovative paths towards design agency and creativity and analyses forms
of transformation and control of contemporary space.

OPEN VIDEO HTML5 is supposed to open a new chapter in web design and
web-based publishing. Open Video will research into past and present
open-source video implementations to develop an independent platform
that explores the specific potentials of self-authored and self-managed,
open-source video publishing initiatives against the backdrop of the
overwhelming dominance of mass media like content providers.

REMOTE SENSING_Biopolitical Imagery investigates how new remote-sensing
technologies are shaping and carving contemporary spaces of operation
and sovereignty, and focuses on the agency that these new technologies
elicit and entail. The project singles out a series of contemporary
situations and traces the complex links and exchanges between the
production of new images through remote sensing and the outline of new
legal and governmental issues.