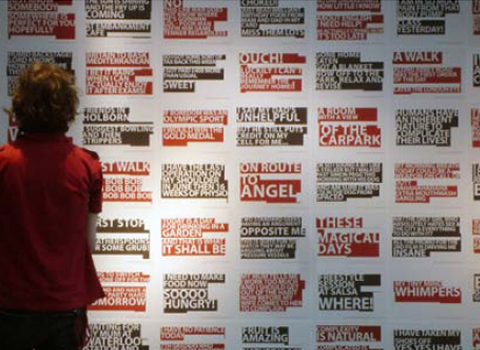 Being Social – Furtherfield Gallery opens in the heart of Finsbury Park

Furtherfield is opening a new public gallery for art, technology and social change with Being Social. This is the first in a series of exhibitions about network culture featuring emerging and internationally acclaimed artists: Annie Abrahams, Karen Blissett, Ele Carpenter, Emilie Giles, moddr_ , Liz Sterry and Thomson and Craighead.

Furtherfield has established an international reputation as London’s first gallery for networked media art, working in Haringey since 2004. With this exciting move to a more public space we invite people – artists and techies: amateurs, professionals, celebrated stars and private enthusiasts – to engage with local and global, everyday and epic themes in a process of imaginative exchange and collaboration.

Furtherfield is opening a new public gallery for art, technology and social change with Being Social. This is the first in a series of exhibitions about network culture featuring emerging and internationally acclaimed artists: Annie Abrahams, Karen Blissett, Ele Carpenter, Emilie Giles, moddr_ , Liz Sterry and Thomson and Craighead.

Alongside the exhibition and public programme of activities in the gallery, the website displays other net art work and public contributions to an open call on the theme of Being Social.

Since the mid-90s computers have changed our way of being together. First the Internet then mobile networks have grown as cultural spaces for interaction – wild and banal, bureaucratic and controlling – producing new ways of ‘being social’.

Liz lives in England. Kay lives in Canada. Liz has been following Kay’s blog for a while. Now she knows enough about Kay to build an exact physical copy of her bedroom and a lot more.

Annie has asked women of different nationalities to meet on their computer screens to communicate their anger in front of their webcams until there is no anger left.

The people at moddr_ wanted their real-lives back so they have built a machine to help them commit Web2.0 suicide, deleting their social media profiles.

Jon and Ali are listening to a collective stream of consciousness of people all around Finsbury Park, gathering their Tweets to print out and paste onto the new gallery walls.

Karen is an open, free and public multiplepersonality and invites you to BE her.

Ele and Emilie are inviting people to join groups around the world in embroidering – word by word- a shared lexicon of terms about the Digital Commons.

Visitors are invited to view art installations, software art, networked performances and to get involved with creative activities to explore how our lives – personal and political – are being shaped by digital technologies. 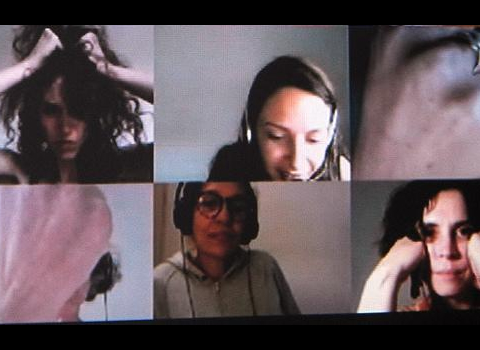 Four spaces – the park, the gallery, the common room, the www

Furtherfield’s new gallery at McKenzie Pavilion is located in a highly animated area of Finsbury Park next to a boating pond and adventure playground, near to the café and athletics track. The richly connected diversity of people, creatures, plants, activities, enthusiasms alive in the park provides the context and the inspiration for Furtherfield. The pavilion has two rooms.

The Gallery, which will display evocative and provocative exhibitions of selected contemporary artwork that address technology and social change drawing on Furtherfield’s international network of artists.

The Common Room, which will display work contributed by open call in response to exhibition themes, curated with local people. It will also act as the base for a series of free activities for local schools and visitors to the park.

Finally the www connects local users to an international network of enthusiasts, experts and audiences. It provides a place for people to share their artworks, proposals, ideas and commentaries. It will also provide access to further information about exhibitions, including downloadable catalogues and essays, information about programmes of free events and activities, and a living archive of all past work. Furtherfield will exhibit the best of contemporary work in art, technology and social change in a truly ‘public’ space, developed with and for local residents and users of the park, and wider participants and audiences. Ultimately, we are looking for ways for local people and visitors to the park and from further afield to use this art space imaginatively together, and to connect with our international community of artists, designers, thinkers and technologists.

Annie Abrahams has a doctorate in biology from the University of Utrecht and a degree from the Academy of Fine Arts of Arnhem. In her work, using video, performance as well as the internet, she questions the possibilities and the limits of communication in general and more specifically investigates its modes under networked conditions. She is an internationally regarded pioneer of networked performance art. She has performed and shown work extensively in France, including at the Pompidou Centre, Paris, and in many international galleries including, among others, Espai d’Art Contemporani de Castelló, Spain; the Museum of Contemporary Art, Tokyo; and the Armenian Center for Contemporary Experimental Art, Yerevan; festivals such as the Moscow Film Festival and the International Film Festival of Rotterdam, and on online platforms such as Rhizome.org and Turbulence.

Liz Sterry is an Essex based artist currently completing a Digital Art and Design degree at Writtle College. Liz works using different mediums including performance photography, video and installations. Communication has now become a key theme in her work. She aspires to make art that invites people to question what they think they already know. 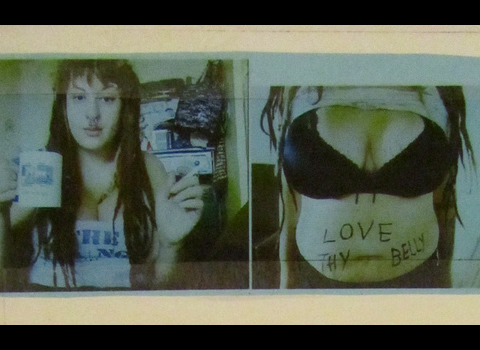 Karen Blissett was born on the 3rd of May 1991 at exactly the same time that the first successful double head-heart transplant was being carried out in a hospital in London. Her parents are the neoist artists Karen Eliot and Luther Blissett. They are only interested in art and politics not in how Karen spends her days on the Internet.

Ele Carpenter is a curator, writer, researcher and sometimes artist based in London UK where she teaches in the MFA Curating at Goldsmiths College. She is currently undertaking a Research Fellowship at HUMlab in affiliation with the BildMuseet at the University of Umea, Sweden. Her curatorial practice responds to specific socio-political cultural contexts in collaboration with individuals, groups and organisations. Her life-long interest in the relationship between creativity and

political action has been influenced by her formative years at Greenham Common Women’s Peace Camp and on Cruisewatch. Fleeing the polarities of activism to join the art-world, she has continuously interrogated the relationship between cultural and political change through curatorial creative practice. Her research has written curatorial and creative outcomes including mapping, embroidery, and research projects.

Emilie Giles is an alumnus of MA Interactive Media: Critical Theory and Practice at Goldsmiths College. Since graduating in 2010 her time has been spent co-organising MzTEK, a women’s technology and arts collective, as well as completing an internship with arts group Blast Theory and working for social video distributors Unruly. She is currently involved with TESTIMONIES, a project which explores oral history in relation to the 2012 Olympic and Paralympic Games largely through social media.Emilie’s own practice revolves around notions of pervasive gaming, married with urban exploration and psychogeography. Her most recent focus lies in taking fundamental gaming principles from Geocaching and exploring the consequences of adding an emotional dimension.

moddr_ is a Rotterdam-based media/hacker/co-working space and DIY/FOSS/OSHW fablab for artgeeks, part of the venue WORM: Institute for Avantgardistic Recreation. Since being founded in 2007 by alumni of the Piet Zwart Institute (department of “Networked Media“) they host and promote young local and international talent with a focus on the artistic modification (’modding‘) of contemporary and emerging technology. moddr_ represents a critical attitude in our ‘new’-medialandscape through spawning and development of artistic projects, workshop series, lectures, exhibitions and of course good parties.

Jon Thomson and Alison Craighead are artists living and working in London. They make artworks and installations which are shown in galleries, online and sometimes outdoors. Much of their recent work looks at live networks like the web and how they are changing the way we all understand the world around us. Their work has been shown in major international exhibitions and is part of public collections at Harris Museum and British Council Collection. They are shortlisted artists for the Samsung Art Prize 2012. Recent awards include Current (2011) and Vital Spark (2005). Having both studied at Duncan of Jordanstone College of Art in Dundee, Jon now lectures part time at The Slade School of Fine Art, University College London, while Alison is a senior researcher at University of Westminster and lectures in Fine Art at Goldsmiths University.